South Africa vs British and Irish Lions live stream: How to watch Test fixture online and on TV tonight 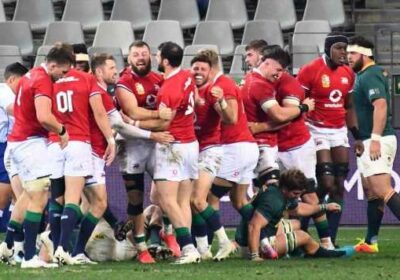 The British and Irish Lions won the first Test of their tour of South Africa last week and go in search of the series win this weekend.

Pressure is all on the host nation to level up the series ahead of a potentially decisive third Test on 7 August, but the Lions are hoping to wrap up matters beforehand, not leaving it to chance in the final fixture.

“South Africa are going to be desperate. They’re desperate to stay in the series and we’ve got a chance of winning the series on Saturday,” Warren Gatland said. “We’ve spoken to the players about that, making sure that they’re mentally right because you don’t want to be using your get-out-of-jail card, which is going to the third Test. You want to make the most of the opportunity we’ve created by winning the first Test and hopefully seal the series on Saturday.”

The Springboks are looking to fight back and have been vocal in their criticisms of the Lions from the first clash, most notably director of rugby Rassie Erasmus taking to social media to air grievances.

Here’s everything you need to know ahead of the second Test.

When is the match?

The Lions take on the Springboks at 5pm BST on Saturday, 31 July in Johannseburg at the FNB Stadium.

Where can I watch it?

The match will be shown live on Sky Sports Main Event and Sky Sports Rugby, while subscribers can stream via the Sky Go app.

The Lions have made three changes to the starting XV, with Conor Murray, Chris Harris and Mako Vunipola coming in. Dan Biggar will play fly-half subject to the approval of a concussion consultant.

South Africa follow suit with three changes, Steven Kitshoff and Frans Malherbe both in as props and Jasper Wiese at No8. Ox Nche is out with a neck injury and Marco van Staden replaces Rynhardt Elstadt as loose forward cover.

What are the teams?

The Springboks will be looking for a big reaction and they’ll do enough to tie up the series here with a win.