OLE GUNNAR SOLSKJAER has hinted Donny van de Beek could take up a new position in the side following his classy performance in the win over Brighton.

The £39million summer signing from Ajax brilliantly assisted Juan Mata in United's 3-0 victory, sending them into the last eight of the Carabao Cup. 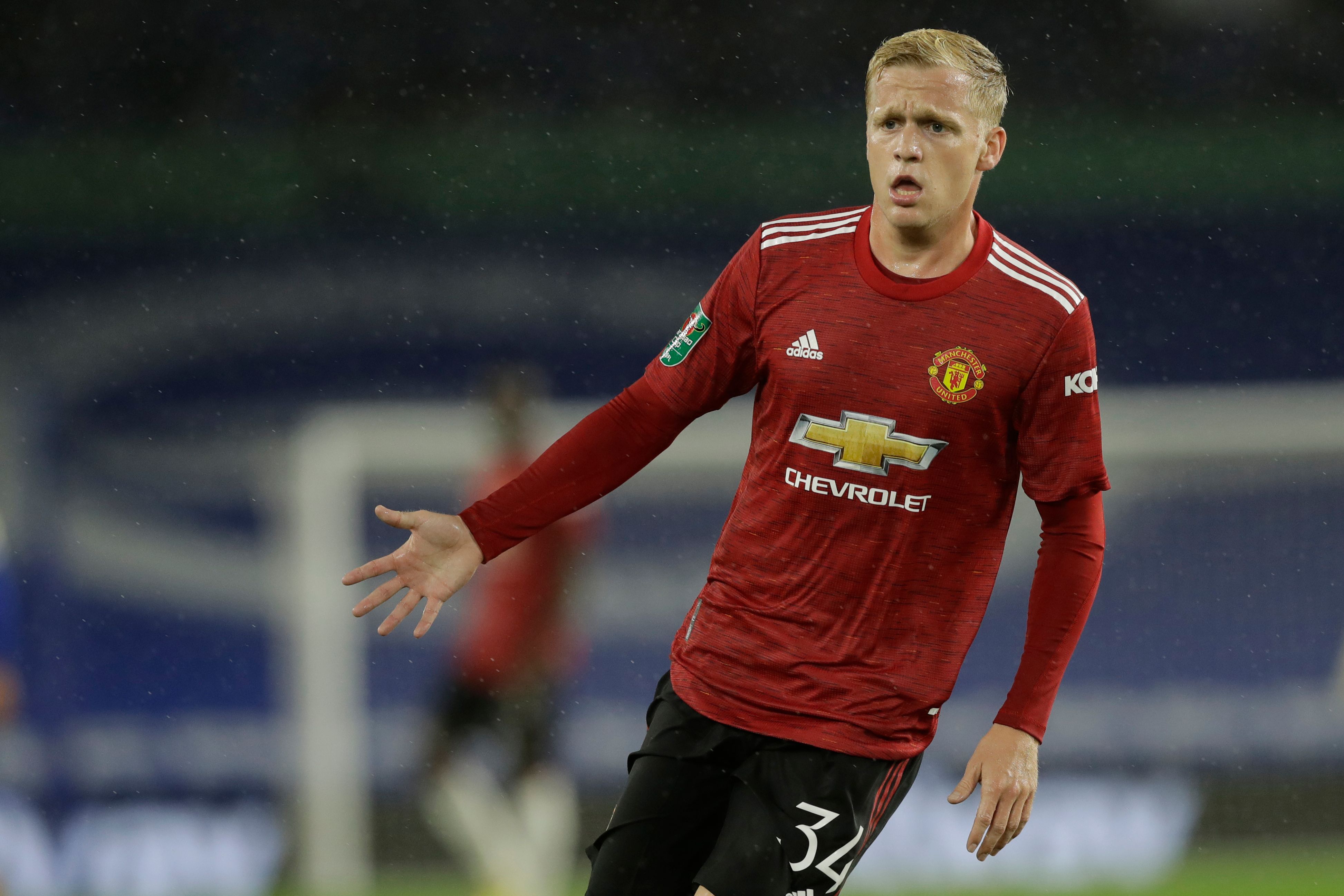 Van de Beek, 23, has yet to make a Premier League start but has impressed in the domestic cups.

He typically plays through the middle, in a similar role to Bruno Fernandes, with competition rife in United's midfield.

But Solskjaer deployed him on the left during periods of play against the Seagulls and the manager hinted he could be used there more often throughout the season.

The Norwegian said: "He's a different type of a left-sided player compared to Dan James or Marcus Rashford but coming inside and finding pockets of space and making good runs.

"Yea why not? I think he can play in loads of different positions which sometimes is a strength for a player.

"I think Donny is one of those where the coach would love to have in the squad."

Van de Beek's agent Sjaak Swart hit out at Solskjaer after benching him in the narrow 3-2 league win over Brighton last weekend.

The player was introduced in the 90th minute as United went onto score a last gasp winner.

Swark said: "A substitute, I don’t like it at all.

“I couldn’t do it myself, substituting in with four minutes left to play. Then you’d better let me sit down."

But Solskjaer responded to the comments claiming the player will get ample of opportunities to play this season.

He added: "We know how many games we have to play this season and he is going to prove vital for us.

I"n every game it's been a part of Donny that he has high quality, he's such a clever mover.

"He plays the game simply but effectively so of course he is knocking on the door."