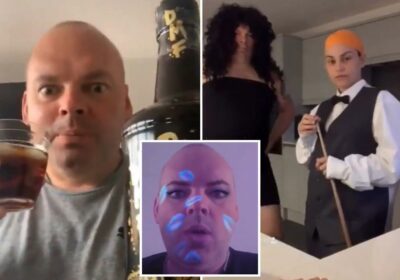 To many punters, Bingham is known as the 2015 Betfred World Snooker champion and Masters winner in January 2020. 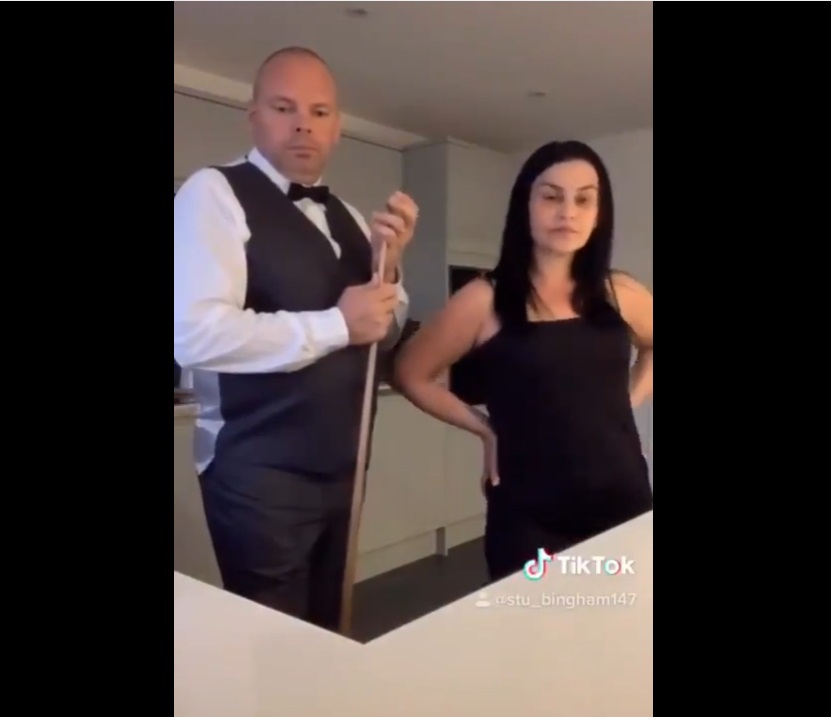 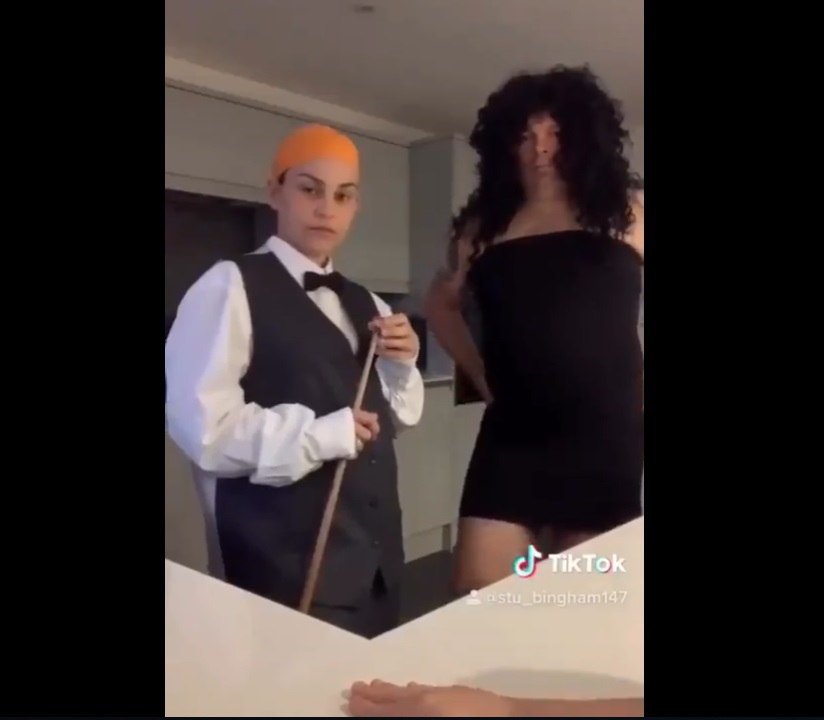 Yet to a younger audience, the 44-year-old is a regular figure on the social media app TikTok following his crazing postings – which often involved plenty of booze.

This time last year, Bingham and his wife Michelle posted one short video where they, err, swapped CLOTHES.

Michelle wore a bow-tie, waistcoat and swimming camp to pretend she was bald – while the world No.18 dressed up in drag and put on an ill-fitting black wig.

Other videos have seen qualifier Bingham set himself up using the app’s interactive buttons.

Good-spirited Bingham laughed: “Well, it started off as a drunken lockdown night.

“We started having a few drinks, went on TikTok, and then had a bit of fun.

“I had fun with the missus and got a bit carried away – me putting her clothes on at one stage.

“That’s how drunk we were getting. It was more or less a bottle of red through the day and rum and coke at night. So, I’m blaming the alcohol! 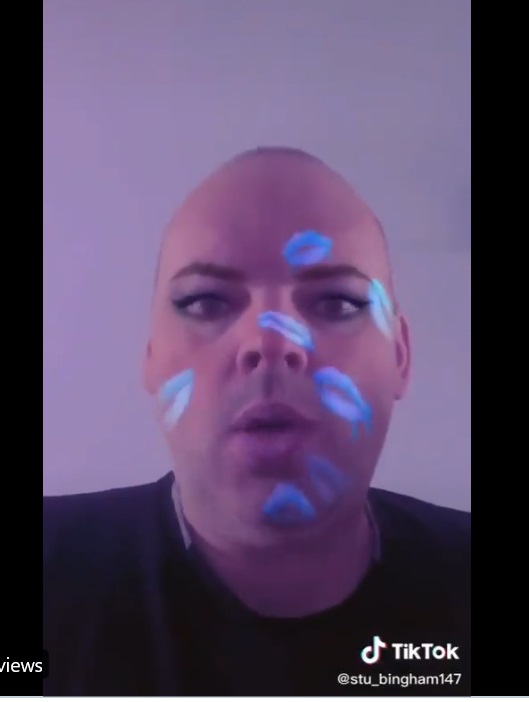 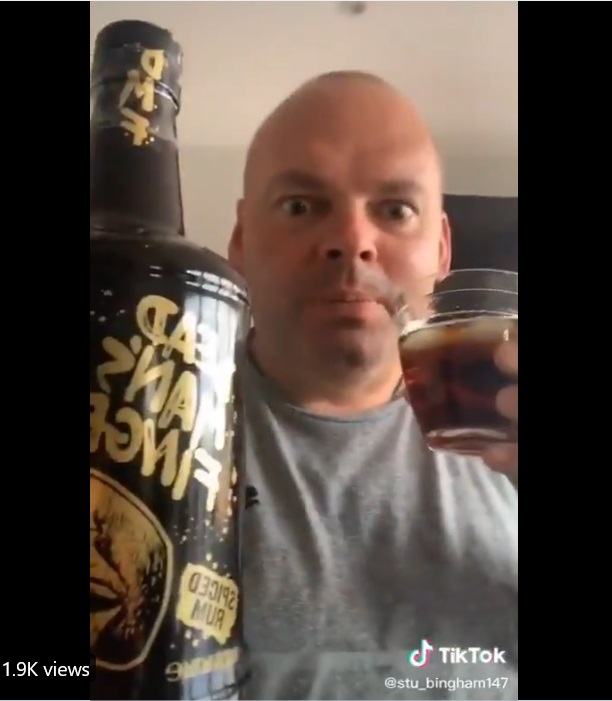 “It’s a bit of fun between me and the missus. A bit of humour, showing off our characters.

“I rarely go on it now. My son is on it more than me these days ever since he got his first phone for Christmas.”

Thankfully for the millions of people watching on TV, Bingham has promised not to wear the dress again – even if he wins a second world title on May 3. 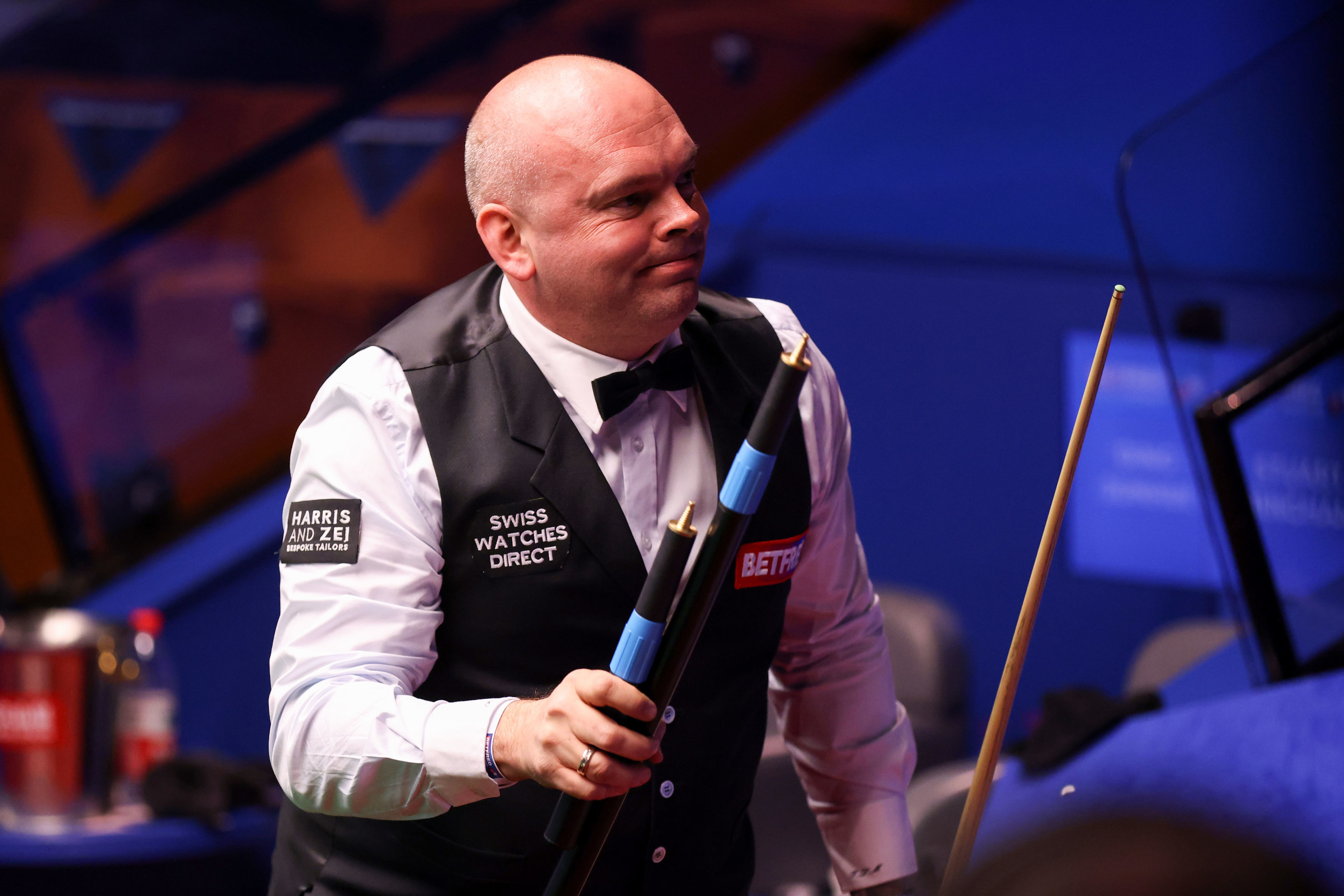 First, he has to get past the returning Welshman Jamie Jones in the Last 16 on Sunday and Monday.

It has been christened as the Battle of the Banned given the pair have both served suspensions from the Tour for breaching betting regulations.

In October 2017, Bingham received a six-month ban – three months and one day were suspended – for betting on snooker matches. There was no suggestion he tried to influence match outcomes.

Jones, 33, was suspended for 12 months following a corruption probe – he did not fix the outcome of matches but admitted failing to report knowledge of an arrangement involving another player.

The Basildon potter said: “I had a chat with him in Milton Keynes.

“Fair play to Jamie, he’s probably playing better snooker now than he did when he was last on Tour.

“He told me what he went through, all the dark times, and now he is showing how strong a character he is. I’m glad he’s back.”