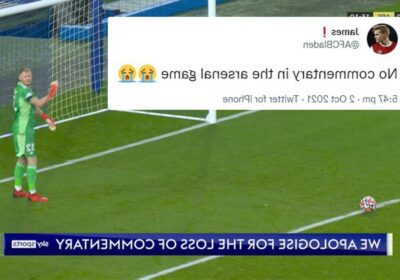 SKY SPORTS were forced to apologise for a loss of commentary as confused viewers watched Brighton vs Arsenal in silence.

The TV broadcaster lost the sound of their pundits early in the first-half of Saturday's Premier League clash. 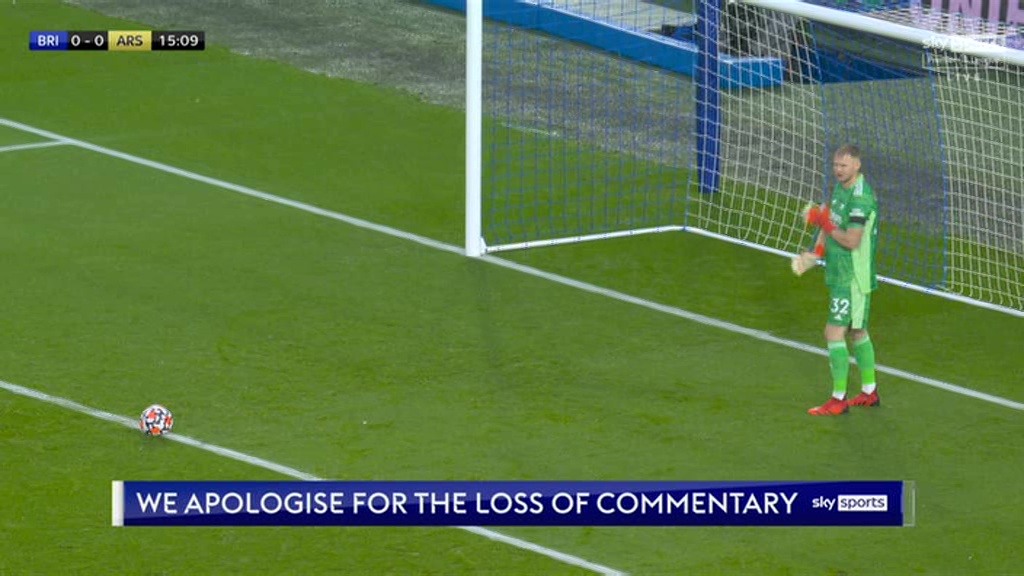 Both teams were playing in heavy wind and rain at the Amex Stadium.

And confused viewers were left watching the action in near silence, with just the roar of the crowd to comfort them.

But after several moments, Sky Sports leapt into action as they plastered a message across the TV.

It read: "We apologise for the loss of commentary."

But despite the apology, some Arsenal and Brighton punters were still left puzzled.

One tweeted: "Is it just me or has the commentary turned off?"

Another wrote: "Why is there no commentary in the Arsenal game?"

One said: "How have I lost the commentary on the Arsenal Brighton game?"

Another noted: "I think the commentary is broken."

One simply lamented alongside a crying emoji: "No commentary in the Arsenal game."

Another added: "Not a fan of this no commentary situation."