Two of the biggest and most dominant personalities in British football. 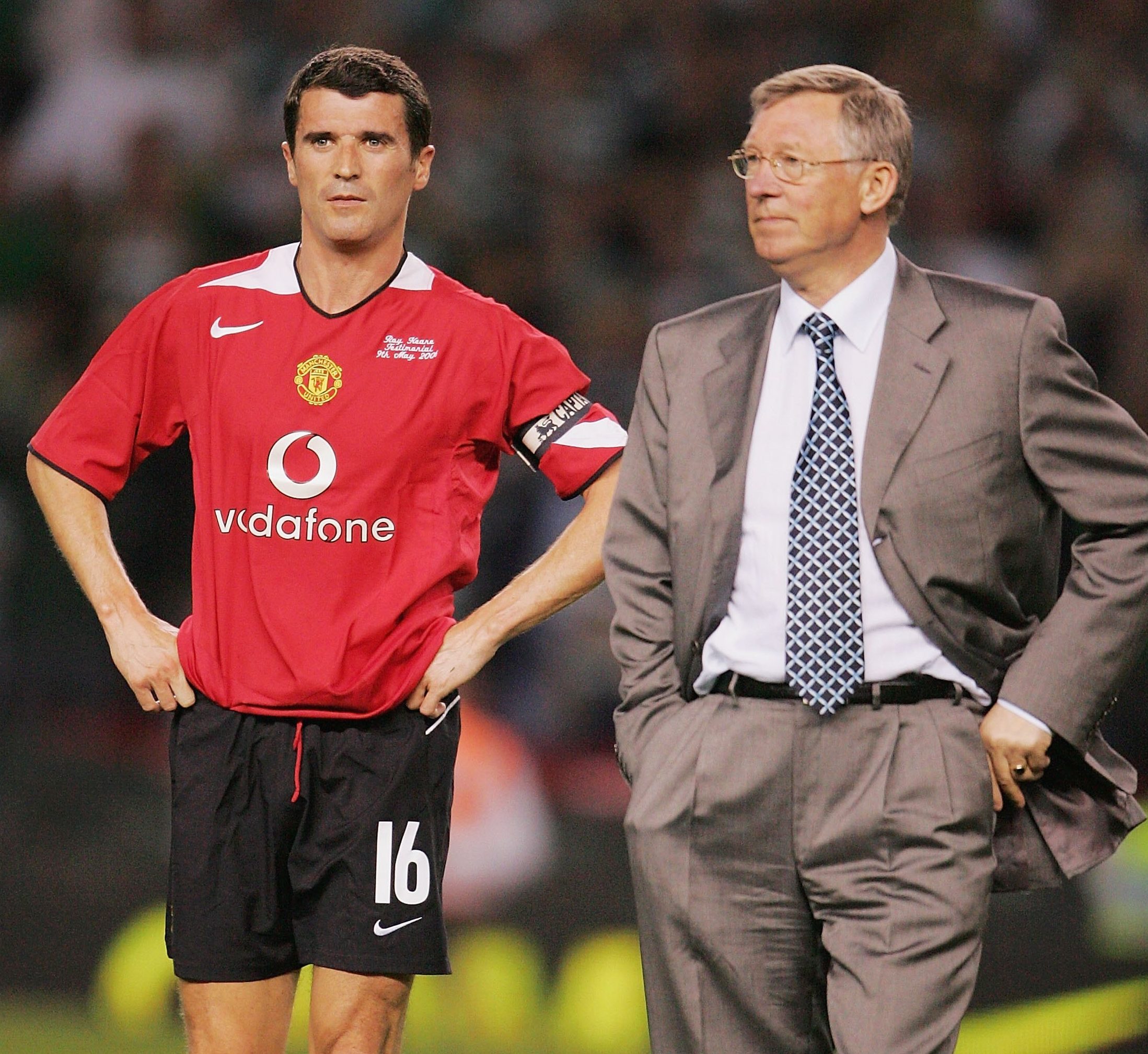 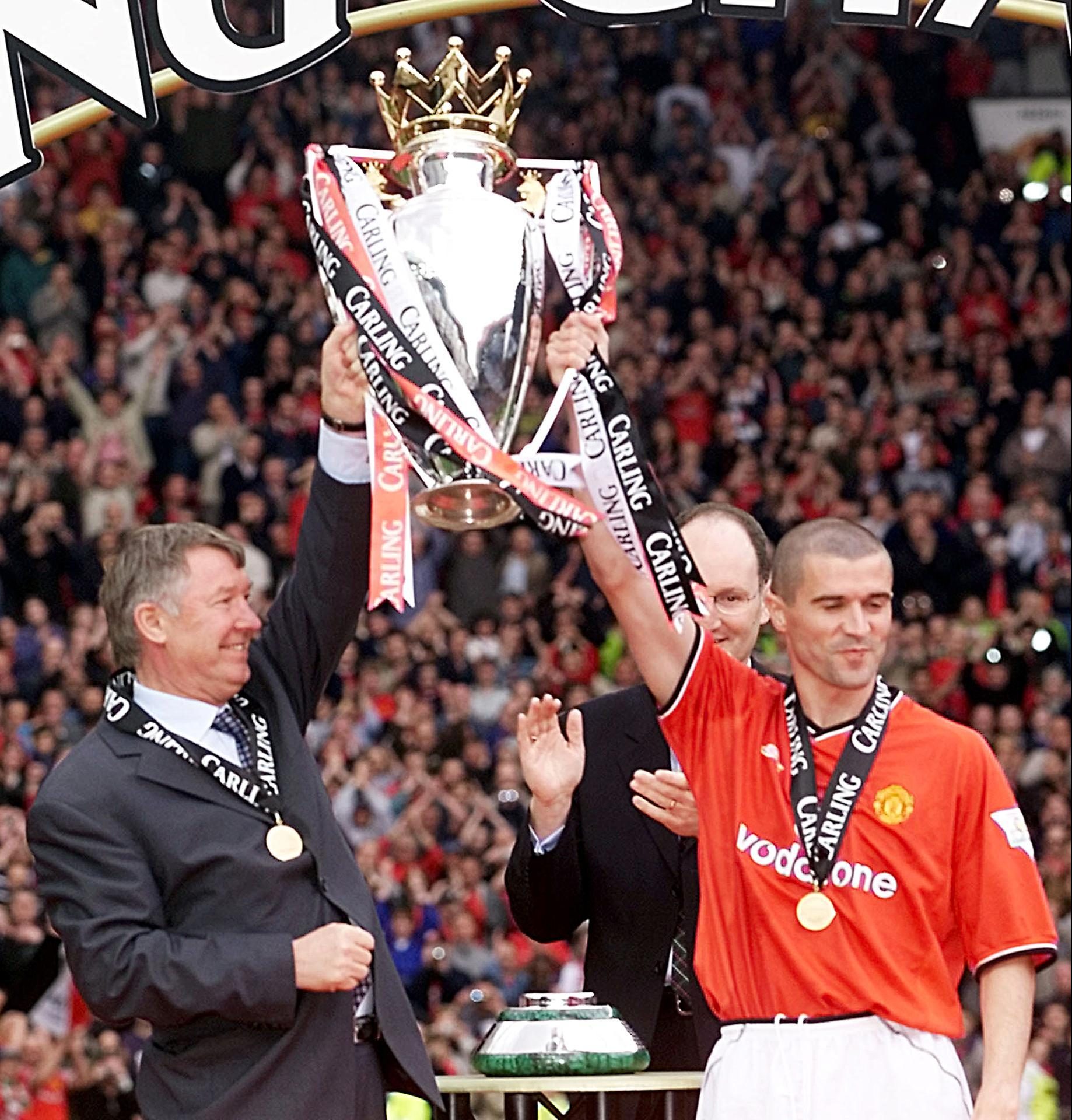 Working together led to major success.

Seven Premier League titles, four FA Cups and a Champions League, including all three in the Treble-winning 1998/99 season.

But when they fell out, things got nasty.

The result was Keane leaving Old Trafford, having his contract terminated in November 2005.

And they are no closer to patching up their differences.

So why do Sir Alex and Keano not see eye to eye?

It all started during a pre-season summer camp in Portugal.

Fergie's loyal assistant Carlos Queiroz had arranged the villas – but Keane felt the one he was in was too small for him and his family, with five kids.

So when Ferguson arrived from his summer holiday, he had to deal with Keane wanting to move, rejecting three different villas.

Here's how Fergie recalls it in his autobiography: "All the staff and players were nicely ensconced in their villas.

"But bad news awaited me. Carlos was having a nightmare with Roy.

"According to Carlos, Roy had rejected the first house because one of the rooms lacked air conditioning.

"The second threw up a similar problem. The third, which I saw, was a fantastic house. Roy wouldn’t take it.

"He wanted to stay in the next village, Quinta do Lago, with his family."

He said: "I knew I was there for pre-season training, but it was my wife and children’s holiday.

"But I think Carlos might have felt a bit put out; he wasn’t happy.

"I looked around the place and I told her, ‘I’ve got five kids. This is too small.’

"There were three bedrooms, and there was a plunge pool, which I thought was dangerous; we had five children, and the oldest was ten. I just wasn’t comfortable with it.

"The woman brought me to look at a second villa; my wife was waiting down at the first place with the kids.

"The second place was nicer but, in the meantime, I’d rung the people we’d just hired the previous villa from, where we’d been staying the week before, and I asked if we could stay there for another week. I knew that this would be going back to the manager."

It did indeed get back to Ferguson, who pulled Keane aside after training.

According to the boss, he told Keane the houses were fine but 'Roy erupted, issuing a long list of complaints, which included the air conditioning' before turning it on Queiroz.

Ferguson concluded: "It placed a strain on his relationship with us."

Again, Keane did not quite have the same version of events.

He described the fall-out: "He made a big fuss about what had happened, started ranting and raving in the dressing room after the first training session.

"'What is the big deal?' I said. I just thought it was an overreaction."

And the fuse was lit… 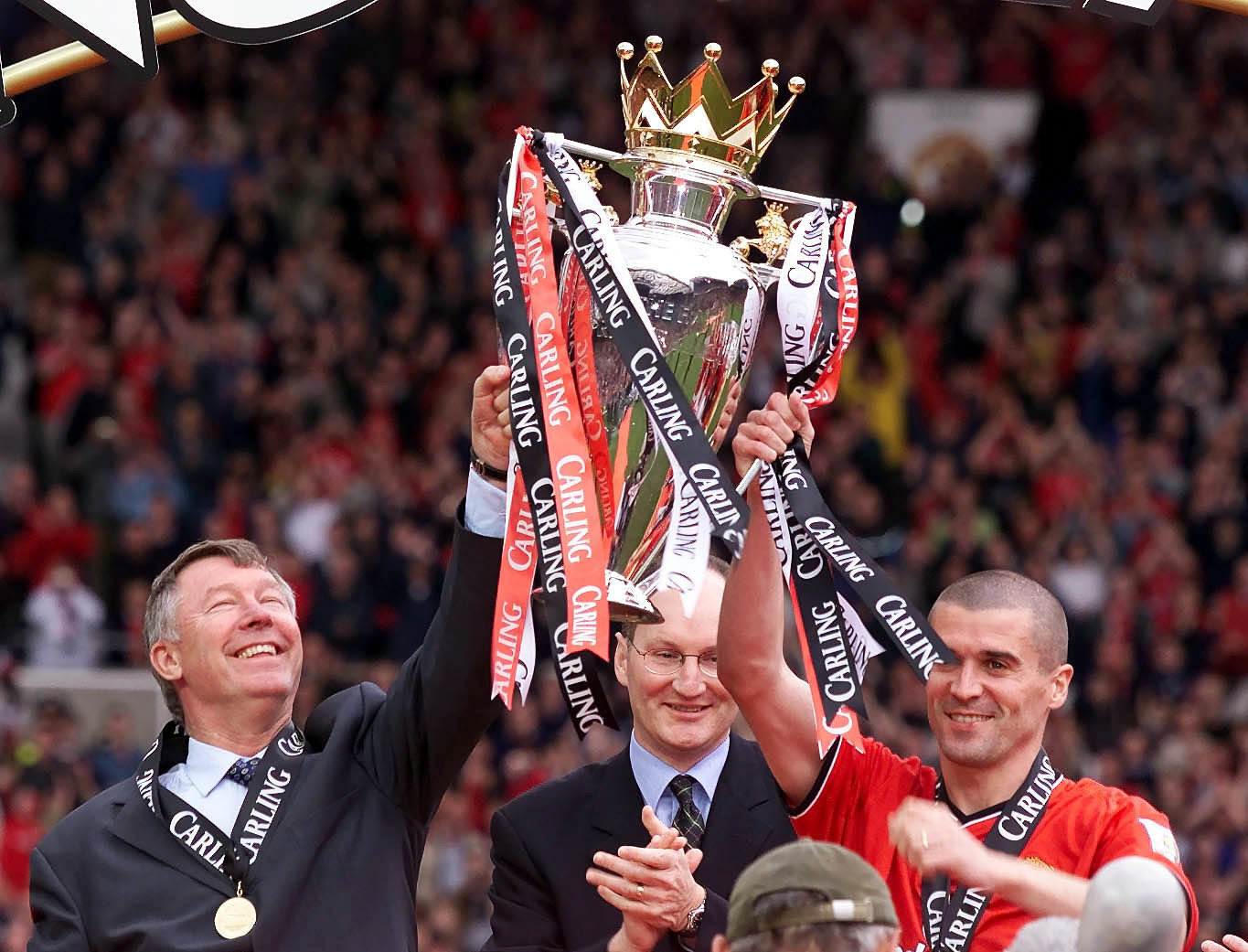 The general practice at Manchester United sees a player give their reaction to in-house TV channel MUTV once or twice a year.

Due to an injury, Keane missed the game he was supposed to do and therefore spoke to the channel after the infamous 4-1 defeat away at Middlesbrough in October 2005.

And Keane – who did not play in the match – then had his say and was rather scathing about his team-mates. It was so bad, the club pulled the interview from airing.

The midfielder said: "I was disappointed with the players. But it was MUTV; it’s the in-house channel, propaganda for the club. All the top clubs have channels like it.

"I was annoyed, I remember, but I wasn’t edgy about it. The idea that I was in the studio, ranting and raving – no, it was quite calculated.

"The message was, we weren’t good enough and we could do better.

"At the back of my mind part of me was thinking, ‘What did I say in the video? I might have said something pretty bad, for them to pull it.’

"And even now – today – people still say, ‘This video had to be destroyed.’ Like it was a nuclear weapon or something.

"Did someone drive out to the countryside and bury it in the f***ing ground? Or did a bomb-disposal unit come and explode it? It had to be destroyed!"

Keane labelled Kieran Richardson a 'lazy defender', couldn't understand 'why people in Scotland rave about Darren Fletcher', called out Edwin van der Sar and speaking of Rio Ferdinand, said: "Just because you're paid £120,000-a-week and play well for 20 minutes against Tottenham, you think you're a superstar."

Between them, the pair decided the players should be shown the interview – with captain Keane present – to see if anyone had a problem.

Van der Sar did, saying Keane was out of order – it all descended into a major row.

At the launch of his autobiography, Sir Alex had his say on the interview.

“That's the sort of personality he has. For some reason he decided to criticise his team-mates. He did it in a MUTV show but we couldn't release that video.

“A few days later a few of the younger players were booed as a result of what he'd said. So we decided we had to do something.

“The meeting we had in that room was horrendous. But I just couldn't lose the control of that situation.

“If I had let it pass, the players would have looked at me differently, much differently.

“I think it's clear that I had to show I was strong enough to deal with issues like that.

"Roy absolutely overstepped the line. There was nothing else we could do."

He added on the ensuing argument with the Irishman: "What I noticed about him that day as I was arguing with him was that his eyes started to narrow, almost to wee black beads. It was frightening to watch. And I’m from Glasgow."

With Ferguson feeling he had to take action, the club fined Keane £5,000, something the player disagreed with.

But as well as the fine, Sir Alex knew he had to get rid of his midfielder.

"The one thing I could never allow was loss of control, because control was my only saviour. As with David Beckham, I knew the minute a football player started trying to run the club, we would all be finished." 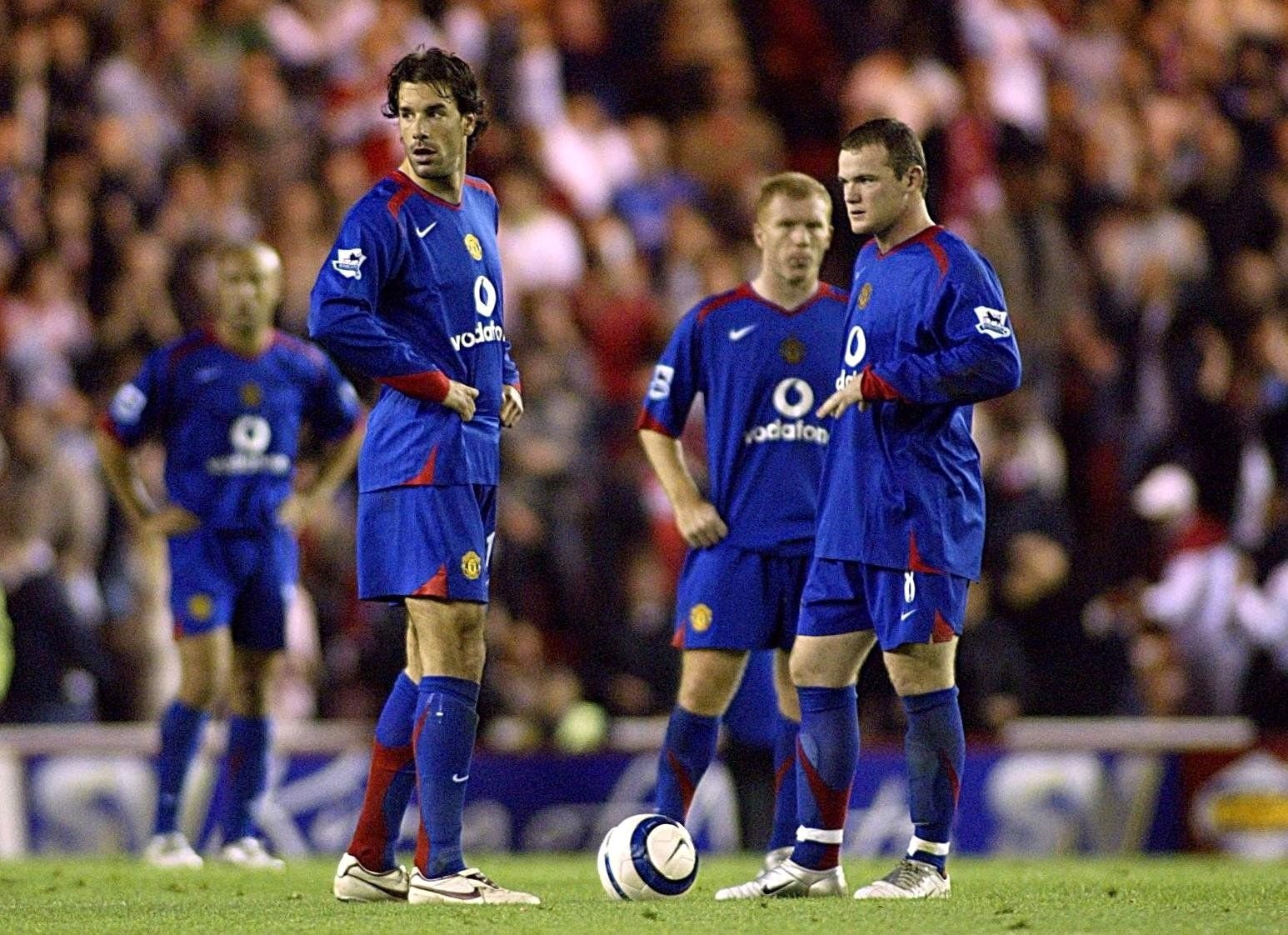 Keane admitted after receiving the 'hand grenade' that he was being axed, he could not hold it all in.

He revealed: "I got into my car and drove out of the training ground. I pulled over just outside and cried for a couple of minutes. I just thought, 'It’s over.'"

Keane said: "When the paperwork had finally been sorted and I’d given back the car – this was three months after the last meeting, so I got an extra three months out of it.

"I drove some miles in that car; every little victory is vital – I went to see the manager and Carlos, and I apologised. But now I kind of wish I hadn’t.

An agreement was made on the day Keane was axed that no one would talk about the incident publicly.

But according to Fergie, Keane broke that pact.

Sir Alex said: "I would have honoured that agreement, but for the fact that Roy breached it first. When Roy was at Sunderland he accused United of insulting him and lying to him in the build-up to his departure.

"The club considered legal action against him. Roy said he would not retract the accusation. My feeling was that he was looking for a day in court to impress the fans.

"He was still a hero to them, after all. So my advice to David Gill was to pull the legal action. I feel we preserved our dignity." 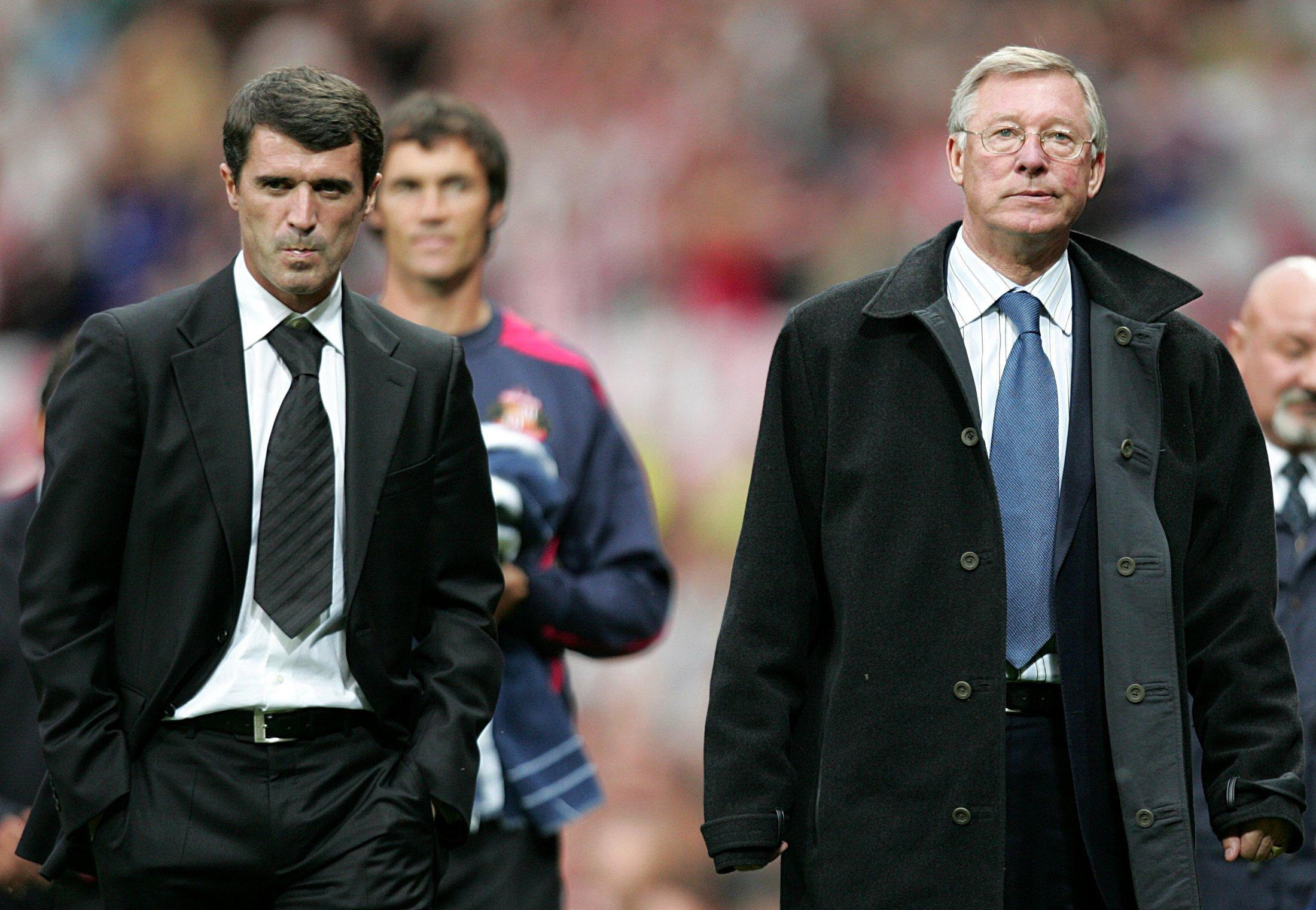 In his autobiography, Ferguson had another pop at Keane – both as a player and a manager.

He said he 'failed' as Sunderland boss and 'came up short' at Ipswich – the Irishman won 70 out of 181 games in charge across the two spells at a win rate of just 38 per cent.

And with the combative midfielder coming towards the end of his career in that doomed 2005/06 season, the gaffer was keen to get every last drop out of his man.

Ferguson wanted him to continue to influence matches and play a deep-lying midfielder role.

But it wasn't going to work. Keane refused to grow up and adapt.

Fergie brutally wrote: "He thought he was Peter Pan. No-one is."

With both men going into detail in their autobiographies, Keane then reignited the fuse when he appeared on Off The Ball with former team-mate Gary Neville.

The Ireland international hit out again at Ferguson, arguing against Sir Alex's claim he always did what was best for the club in his 26 years at Old Trafford.

Keane also questioned why Fergie's son Darren and brother Martin were involved at the club before joking he was surprised Ferguson didn't give his wife a job.

He said: "Ferguson came out afterwards and said he always did what was best by Manchester United. Nonsense.

"His son Darren played for the club and won a league medal, very lucky. His brother was the chief scout for Manchester United for a long time.

"I'm surprised his wife wasn't involved in the staff somewhere.

"Darren was [the manager] at Preston North End and lost his job. He had a couple of young players on loan from Manchester United. Guess what happens the next day? They're pulled out of Preston. Is that doing the best for Manchester United? Do me a favour."

Keane then brought into question the legitimacy of Sir Alex's man-management reputation.

He added: "I wouldn't forgive Ferguson. The media spin, how I apparently upset everybody, it was all nonsense.

"People talk about Ferguson's man-management, don't be kidded on by all of it.

"I was at the club when Bryan Robson left, when Steve Bruce left, two brilliant servants for Manchester United. And I didn't like the way they were treated."

Whether Ferguson allows himself to get dragged back into the feud seems unlikely, though. After all, he said what he wanted to say in his book and left it at that.

But no doubt that will not be the last time Roy Keane criticises Manchester United and Sir Alex Ferguson.

The former captain may well still have some things to say – and he won't be afraid to do so.