Sir Alastair Cook reflected on two “extraordinary” England performances as he discussed his side beating Australia to regain the Ashes in 2015.

Speaking on a weekend on which that series’ Trent Bridge Test – one which England won by an innings and 78 runs to win back the urn – was replayed in full on Sky Sports Cricket, then-England captain Cook hailed his team’s response from being crushed by 405 runs at Lord’s.

Ashes holders Australia’s huge win in London had left the series tied at 1-1 with three games to go – but England then triumphed by eight wickets at Edgbaston before trouncing Australia in Nottingham, with Stuart Broad taking 8-15 as the tourists were shot out for 60 in their first innings. 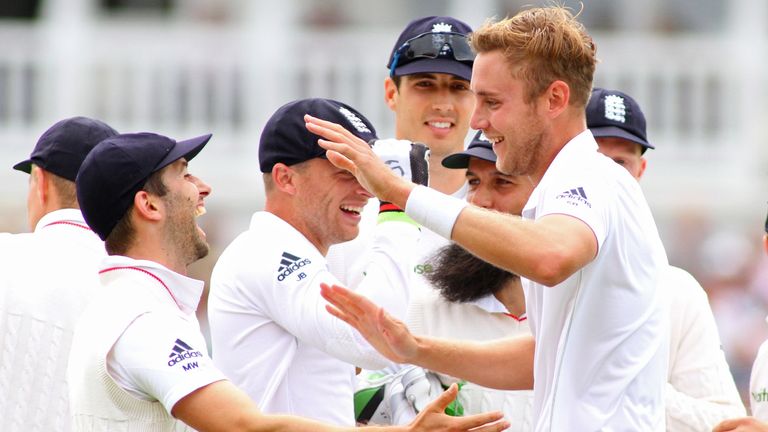 Speaking during a special watchalong of Broad’s dazzling spell, Cook – whose side had suffered a 5-0 whitewash in Australia in 2013-14 – said: “The two-week period of Edgbaston and Trent Bridge was unbelievable.

“How we played in those two games was extraordinary. With the Ashes on the line, we won in six days.

“I remember not sleeping – when we bowled them out for 60 and Joe Root was 124 not out at the end of day one at Trent Bridge, I just didn’t want to be the captain that lost from here.

“Even the next night, when they were six or seven down and 90 runs behind, all I could think about was us losing. It was stressful, tense but I was also thinking, ‘wow, what an amazing eight days’.” 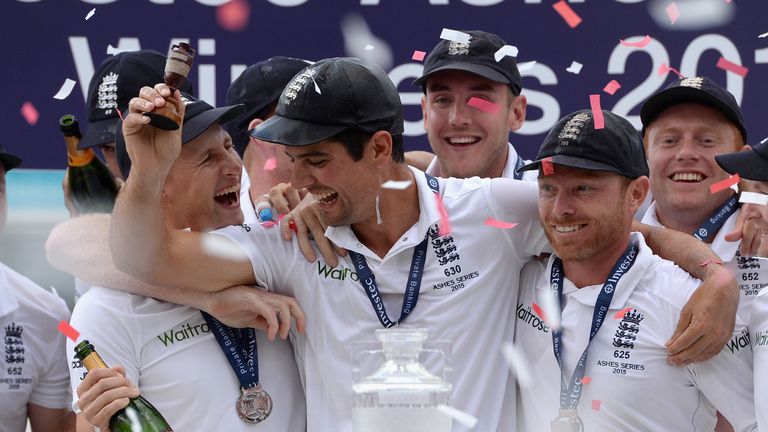 England had razed Australia for 136 in the third Test at Edgbaston after winning the toss – James Anderson snaring 6-47 – and went on to win inside three days but Cook ensured post-match celebrations weren’t wild as his team aimed to seal a series victory across the Midlands.

“We came into the series in Cardiff as quite heavy underdogs – we had belief leaving Cardiff but then got absolutely hammered at Lord’s,” added Cook.

“But we then bowled out Australia cheaply at Edgbaston – I started to see chinks in their armour and us growing in our belief.

“When we won at Edgbaston it would have been normal to have a big night out but I said, ‘enjoy tonight but make sure you don’t go overboard as we have a chance to win the Ashes next week’. To be fair to the guys, we turned up at Trent Bridge.” 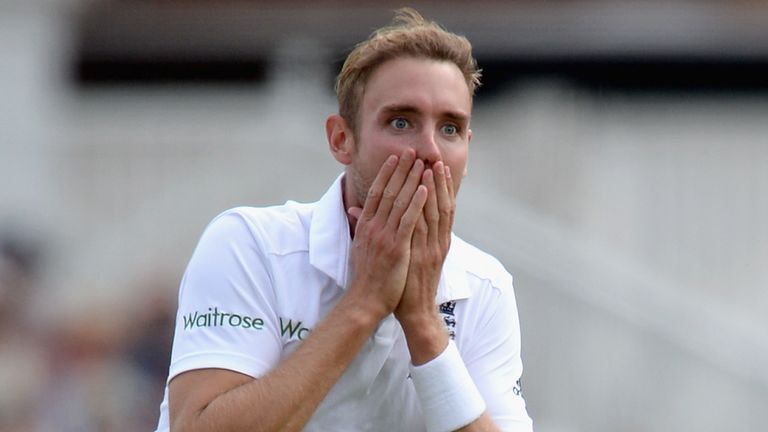 Broad starred in the absence of the injured Anderson in Nottingham, taking eight wickets in 9.3 overs as Australia were skittled in under a session – although Cook did admit to initially fearing his decision to bowl first could backfire.

“It looked an obvious bowl – I was 99 per cent certain – but when Steve Smith hit the ball before [he got out] for four, I remember thinking ‘have we got this wrong?’,” added Cook, who saw Steve Finn and Anderson’s replacement, Mark Wood, pick up the other two Australia wickets.

“The ball [Broad bowled to dismiss Chris Rogers] didn’t do a huge amount and 10-1 in the first over I thought they could get 900 in a day! But then eight balls in, with three wickets, it was dream-like. “Cricket is such a mental game. When the captain wins the toss and chooses to bowl, you instantly feel the pressure is on you as bowlers, you have to deliver.

“So for them to deliver like they did here, in the Ashes with the pressure on them, was a great effort.”

Root, who went on to score 130 in England’s sole innings at Trent Bridge, believes the team’s tied two-Test series at home to New Zealand ahead of The Ashes – England’s win coming by 124 runs at Lord’s – helped them immensely when it came time to face Australia.