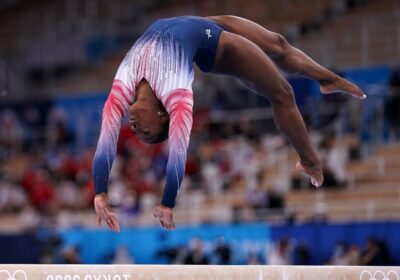 Simone Biles swept to four gold medals in Rio but the bronze she earned at the Ariake Arena in Tokyo after a tumultuous week of psychological counselling and family tragedy must arguably rank as the greatest achievement of her glittering career.

Cleared to compete after missing the all-around final and the first three of four individual finals for which she had qualified, Biles delivered a deliberately toned-down performance which scored 14.0 and placed her third behind Chinese teenagers Chenchen Yuan and Tang Xijing.

After a week of medical evaluations and counselling sessions, and revealing that her paternal aunt died unexpectedly just two days ago, Biles acknowledged her true victory lay in simply stepping back out onto the Olympic floor once again.

“It wasn’t easy pulling out of those competitions, but physically and mentally I wasn’t in the right head-space and I didn’t want to jeopardise my health and my safety because at the end of the day it’s not worth it,” said Biles, who had been a vocal presence in the stands supporting her team-mates since pulling out of the women’s team final after one rotation last week.

“My physical and mental health is above all medals I could win. To be cleared to do beam – which I didn’t think I was going to be – meant the world. Just to be back out here. I wasn’t expecting to walk away with a medal. I was out there doing this for me and whatever happens, happens.”

Biles had been cheered out for her apparatus final by a relatively large crowd of fellow athletes and delegates. Going second after Tang, she performed what by her standards was a restrained routine, omitting the twist in the dismount which she acknowledged continues to afflict her. 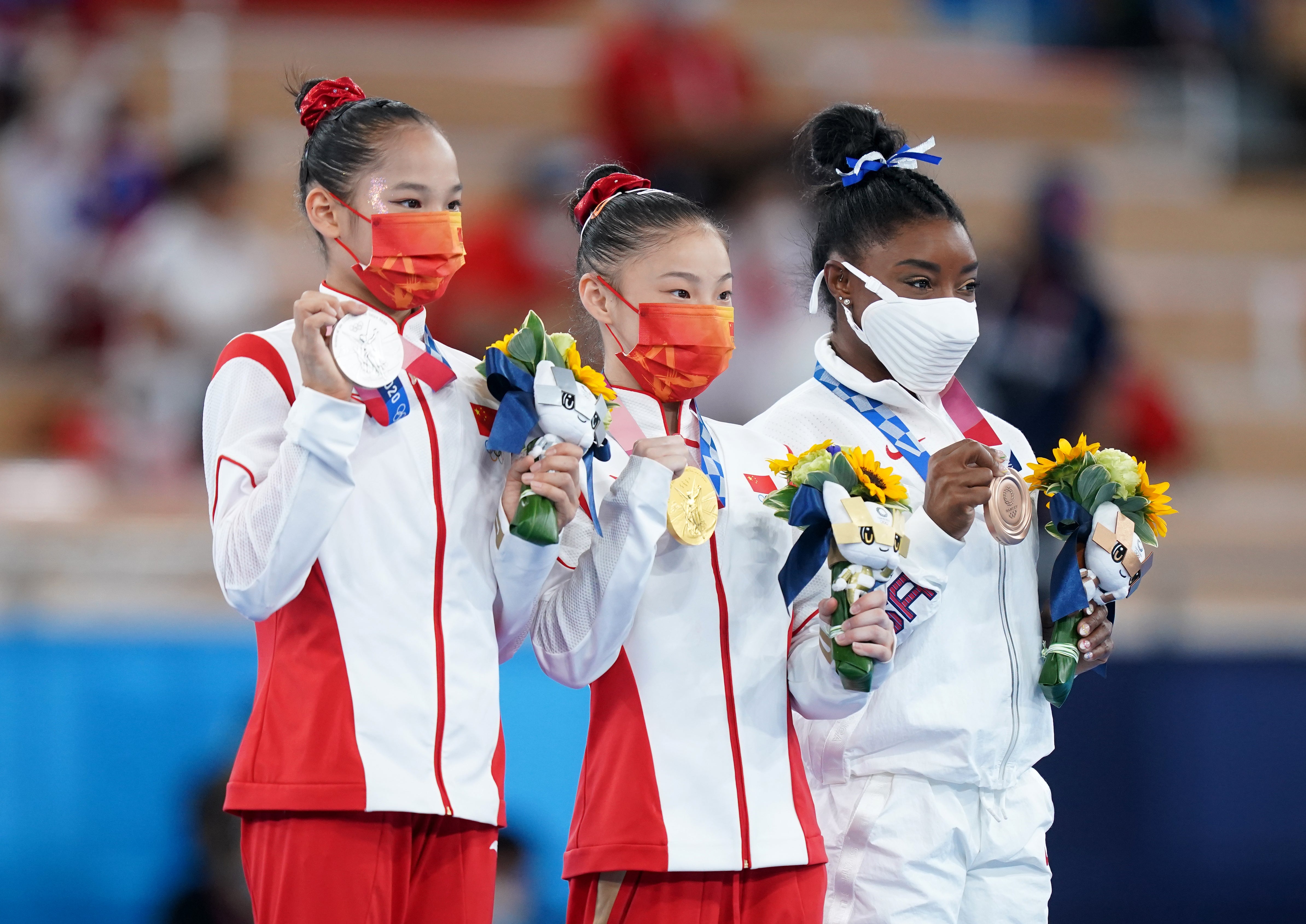 Her medal-winning score of 14.0 was lower than her qualifying mark, and in fact would have been barely enough to scrape into the final. But it proved enough to return to the podium after a series of errors from her opponents, with the notable exception of Yuan and Tang.

“I was doing it more for myself and I was excited to compete at the Olympics, because that’s what I planned on doing coming in. To have everything change and become a whirlwind was so crazy. It’s been a long week, at least I’ve ended it on a high and I’ll deal with everything else when I get back.”

Biles had arrived in Tokyo with the expectation of equalling or even surpassing her historic quadruple gold medal haul from Rio. But, after a relatively underwhelming qualification process, she admitted she was experiencing a phenomenon which temporarily affects an athlete’s spatial awareness: “You literally cannot tell up from down”.

Daily medical evaluations and two sessions with a sports psychologist within the US team led to Biles being effectively withdrawn from her finals until she was cleared for beam, theoretically the least risky of the apparatus and one which can be performed with the minimum impact on spatial elements.

A three-time and reigning beam world champion, ordinarily Biles might have been expected to challenge for gold, but in fact finished well below the Chinese pair, with Yuan, going last, able to reduce her qualifying difficulty and still ease to the gold medal with a modest 14.633.

I was doing it more for myself and I was excited to compete at the Olympics, because that’s why I planned on doing coming in. To have everything change and become a whirlwind was so crazy. It’s been a long week, at least I’ve ended it on a high and I’ll deal with everything else when I get back.

Biles was embraced by her team-mate and fellow finalist Sunisa Lee, who succeeded Biles as the all-around champion last week, and waved to the audience before stepping onto the podium and placing an improbable seventh Olympic medal round her neck.

She acknowledged the support of fellow athletes had helped steel herself to return, and criticised those on social media who have questioned her reasons for withdrawing.

“I kind of felt embarrassed with myself, especially when I went to the (Olympic) Village and (people) said to me how much I had done for them,” said Biles. “I was crying in the Olympic Store because I just wasn’t expecting that.

“I got a lot of great comments and an out-pouring of support and love but I also got a lot of bad stuff. I woke up the other day and my aunt had unexpectedly passed and I’m like, you guys have no idea what we’re going through. I feel like if you can’t do what we can do, you can’t talk yet.”