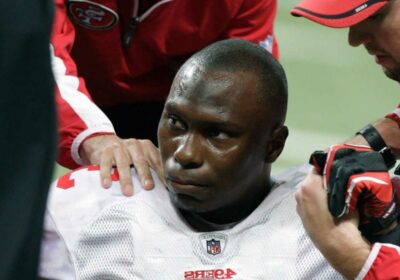 Phillip Adams may have been following a new religion or ideology before the former NFL player fatally shot six people and then killed himself with a self-inflicted gunshot wound, according to the York County Sheriff’s Office that is investigating the April 7 murders in Rock Hill, South Carolina.

During a search of Adams’ bedroom, where he killed himself, law enforcement officers found numerous notebooks with “cryptic writing with different designs and emblems,’’ according to a copy of a search warrant released Friday.

“Detectives were unclear if this was a potential motive or if there was another motive involved,’’ according to the search warrant.

Adams' sister, Lauren, said her brother did not mention anything about following a new religion or ideology. She said her brother loved God and after the recent deaths of relatives expressed his faith.

“He would just say that God’s got us,’’ Lauren Adams told USA TODAY Sports.

She also said that her brother told her he was writing a book but did not share what he was writing. But she said she peeked over his shoulder when he was writing in his journals and noticed  “his handwriting changed drastically.’’

“I’ve never seen anything like it,’’ she added. “Just makes me think more that something was going on inside his head. … It was almost like another person was writing.’’

Investigators think evidence related to the crime may be inside a locked safe recovered from a Charlotte residence where Adams had been staying, according to the search warrant.

Adams, who played in the NFL between 2010 and 2015, had moved back into his parents’ home in Rock Hill in recent weeks.

Over the past two years, Adams’ behavior shifted dramatically, according to his sister.

“His mental health degraded fast and terribly bad,’’ Lauren Adams said. “There was unusual behavior. I’m not going to get into all that (symptoms). We definitely did notice signs of mental illness that was extremely concerning, that was not like we had ever seen. …

"He wasn't a monster. He was struggling with his mental health.''

Detectives executed a search warrant at Riverview Family Medicine, where the sheriff’s office thinks it may find a motive for the killings, according to a copy of the search warrant. Dr. Robert Lesslie, who started and worked at the facility in Rock Hill, was one of the six victims.

Lesslie’s wife, Barbara, and their two grandchildren — 9-year-old and 5-year-old girls — also were killed in the shooting.

Investigators sought medical records for not only Adams, but also his father, Alonzo, and mother, Phyllis, according to the search warrant.

Alonzo Adams told USA TODAY Sports he had been treated by Lesslie several years ago on a workmen’s comp case that resulted in surgery. But Alonzo Adams, who said he was a truck driver when he suffered the back injury, declined to discuss his treatment by Lesslie in further detail.

Alonzo Adams said he did not know if Phillip Adams had been treated by Lesslie.

Detectives also sought any video surveillance from Riverview Family Medicine during normal business hours between April 5 and April 7, when the shootings took place.