Home » Sport » Shaquille O’Neal has revealed he just voted for the first time in his life, because he’s ‘never understood the electoral college system’

Shaquille O’Neal has revealed he just voted for the first time in his life, because he’s ‘never understood the electoral college system’ 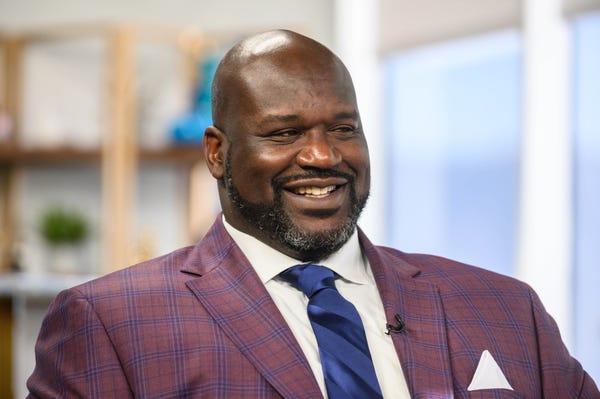 Shaquille O'Neal has won four NBA titles, released a platinum rap album, and even starred as a DC Comics superhero on the silver screen.

One thing the 48-year-old hadn't done with his life so far, however, was vote in a presidential election.

"Ladies and gentlemen, I have a confession. You know I always like being honest on my podcast. I've never voted before, America," Shaq said on Wednesday's episode of The Big Podcast. "But, now I'm doing all these voting campaigns and you know one thing I never like to do, is be a hypocrite."

O'Neal recently teamed up with Boston Celtics All-Star Jason Tatum to launch the "#MyStartingFive" voting challenge, which is encouraging people to nominate five friends on social media and remind them to vote.

"So the other day, I got my absentee ballot, [and] in other words America, I voted for the first time, and it feels good," the NBA icon added.

"I'm honest. I've never voted before in my life. This is my first time voting. I promise you."

Asked by co-host John Kincade why he had waited until 48 to vote for the first time, O'Neal said: "I've never understood the electoral college system."

"You're going to get buried for this," Kincade said. "I'm glad you voted, though. That's awesome. You were very honest there."

O'Neal did not reveal who he voted for.