Sha’Carri Richardson explains failed drug test on ‘Today’ show: ‘Don’t judge me, because I am human’ 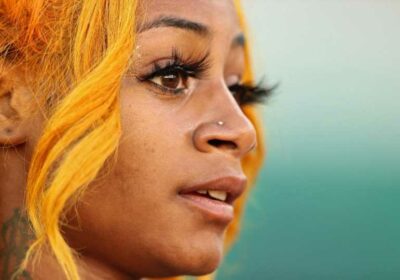 Sha’Carri Richardson is speaking out on her failed drug test.

On Thursday, the 21-year-old track and field athlete failed a drug test that will keep her from competing in the 100-meter dash in the Tokyo Olympics, and on Friday, she explained what exactly went wrong.

Richardson’s failed test came from smoking marijuana in Oregon, a state where marijuana is legal, but still violated the sport’s drug policy. She did not test positive for steroids.

On Friday’s edition of the “Today” show, Richardson went into length about how the death of her biological mother caused her extreme stresses, and how marijuana was her way of coping with the news:

“Honestly, I just want to apologize for my actions,” Richardson said on Friday. “I know what I did. I know what I’m supposed to do, I’m allowed not to do, and I still made that decision. Not making any excuse, or looking for any empathy in my case.

“However, being in that position in my life, finding out something like that, something that I would say, one of the biggest things that impacted me positively and negatively in my, when it comes to the relationship I have with my mother, it definitely was a very heavy topic on me.”

The sprinter was informed of the death of her biological mother from a reporter — whom she described as a “complete stranger” — which she said “triggered” her, and understandably so. She turned to marijuana to help cope with the loss.

While Richardson won’t be able to compete in the 100 meter, there’s a slim chance she may be named to part of the country’s relay team. She says she’s putting all her time and energy into healing herself, but would be thankful for an opportunity to run with the team.

She apologized profusely throughout the interview with “Today” to her fans and the team.

Late on Thursday, Richardson sent out a message to the world following the failed test:

The USATF released a statement following Richardson’s national television appearance and expressed sympathy and support for the sprinter.