Fans have been in uproar today at the news that the much-loved furry dinosaur had been sacked after 27 years in position. 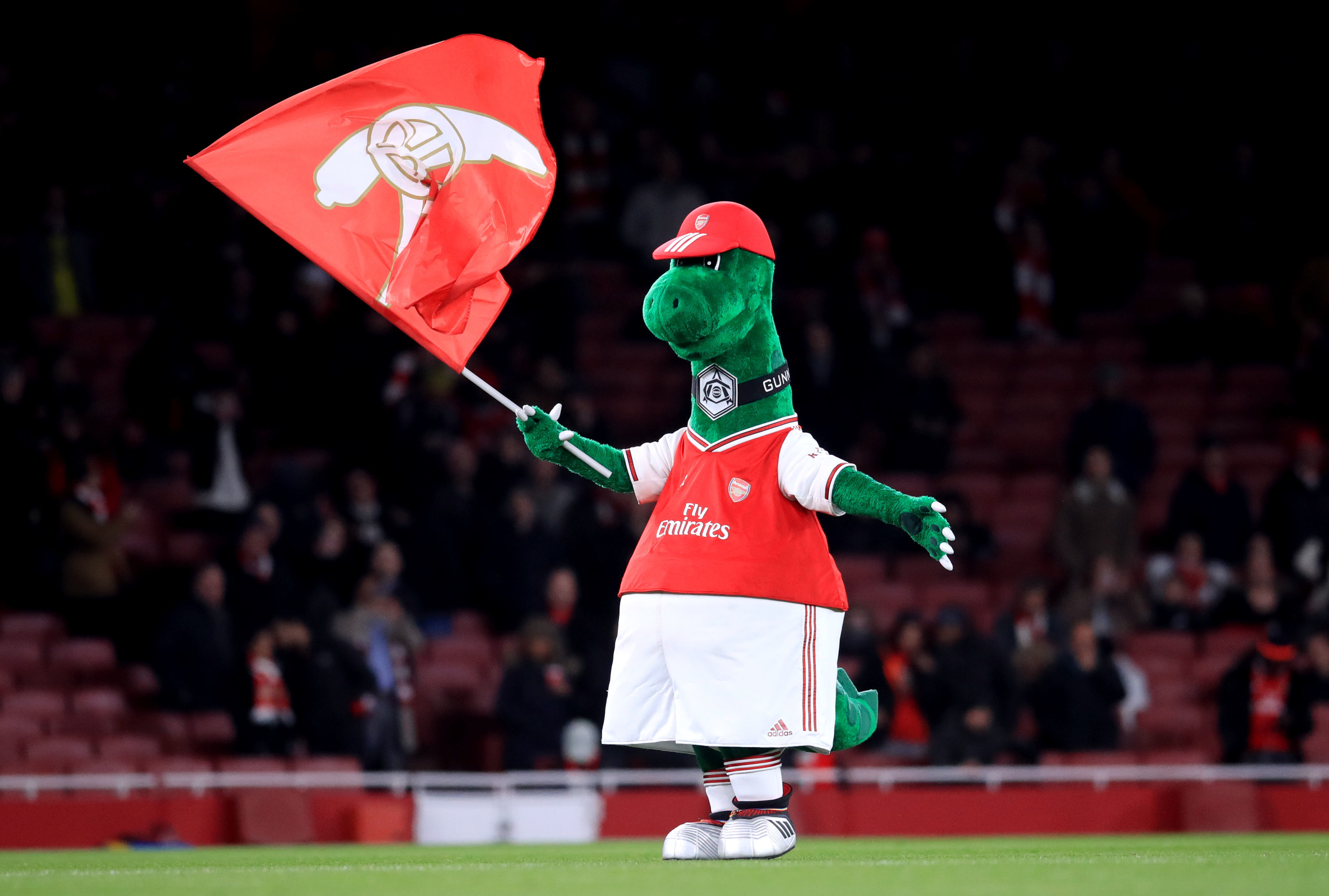 And Sevilla's official English language account decided to have a bit of fun, by quoting the tweet with a picture of Gunnersaurus.

Chelsea also put rivalry to one side to pay tribute to a true Arsenal legend.

Accompanied by a picture of the axed mascot arm in arm with their very own Stamford the Lion, they posted: "Sending hugs, @Gunnersaurus."

The Gunners have been cost-cutting in the wake of the Covid-19 pandemic.

They already made the decision to axe 55 members of staff over the summer, including sporting director Raul Sanllehi.

And now with no fans in attendance to entertain, Gunnersaurus, played by loyal fan Jerry Quy since 1993, has also fallen by the wayside.

Fans have been in uproar, including Piers Morgan.

The Good Morning Britain co-host wrote: "You’re going nowhere ⁦@Gunnersaurus⁩. I refuse to let ⁦@Arsenal⁩ sack you. Come on ⁦@m8arteta⁩ ⁦@Aubameyang7⁩ – this is not what our club is about. #savegunnersaurus"