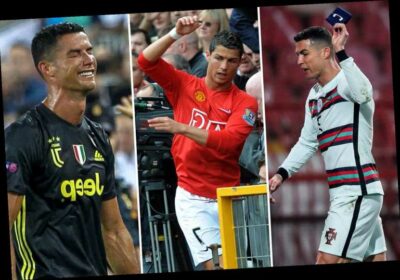 CRISTIANO RONALDO let his emotions get the better of him when his winning 'goal' against Serbia did not stand.

The Portugal superstar, 36, appeared to have bagged an injury-time winner in the World Cup qualifier. 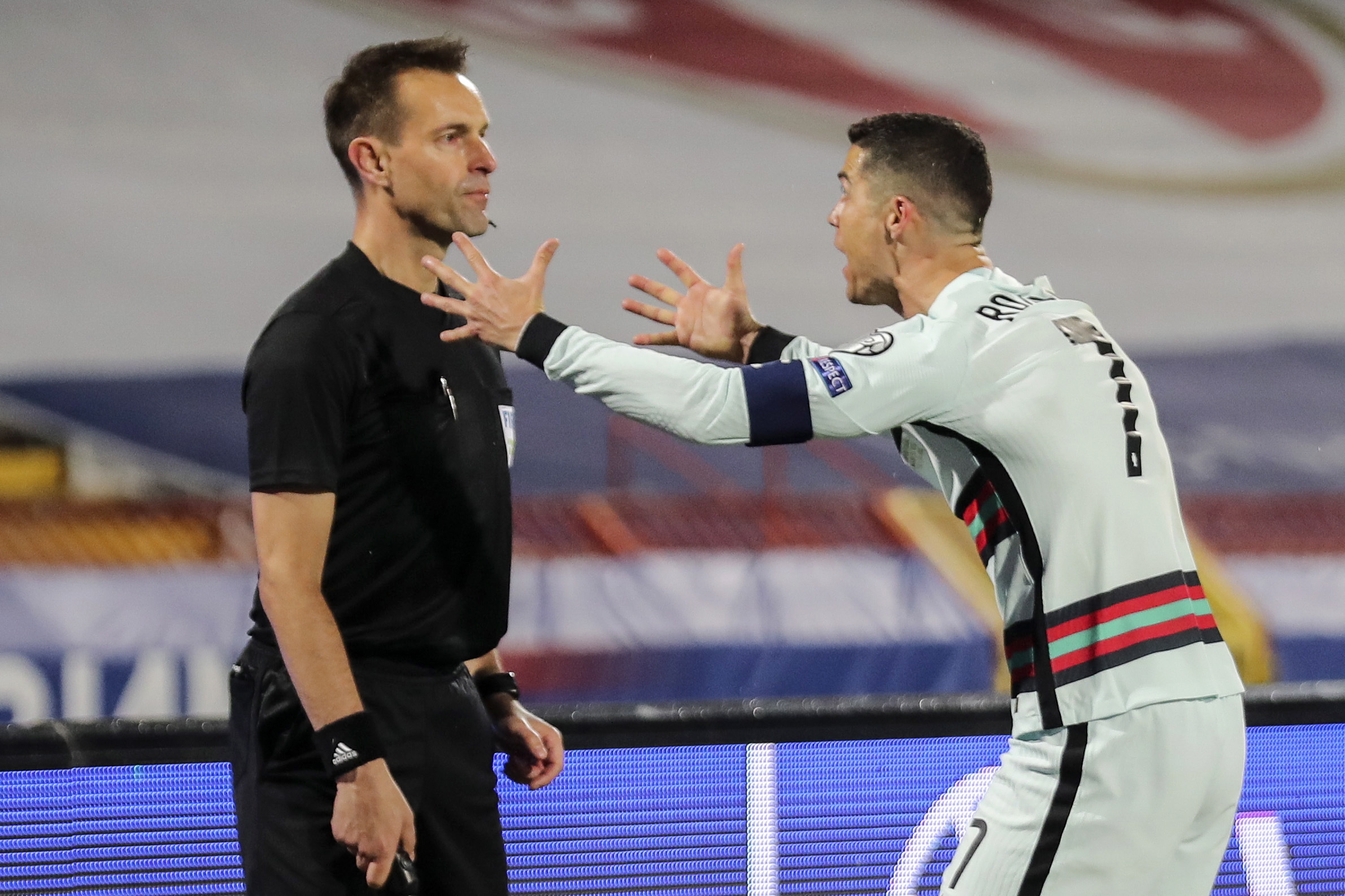 But neither the referee nor his assistant thought the ball had crossed the line before it was hooked clear.

And with that, Ronaldo threw his toys out of the pram – but it certainly was not the first time…

It all appeared to be going swimmingly in the Manchester derby at the end of the 2008-09 season.

Goals from Ronaldo and Carlos Tevez put United in control but Sir Alex Ferguson's decision to sub off the winger on 58 minutes did not go down well.

Ronaldo – chasing the Golden Boot – swiped away a tracksuit top and sulked on the bench on the verge of tears… then was pipped by Nicolas Anelka to the gong. 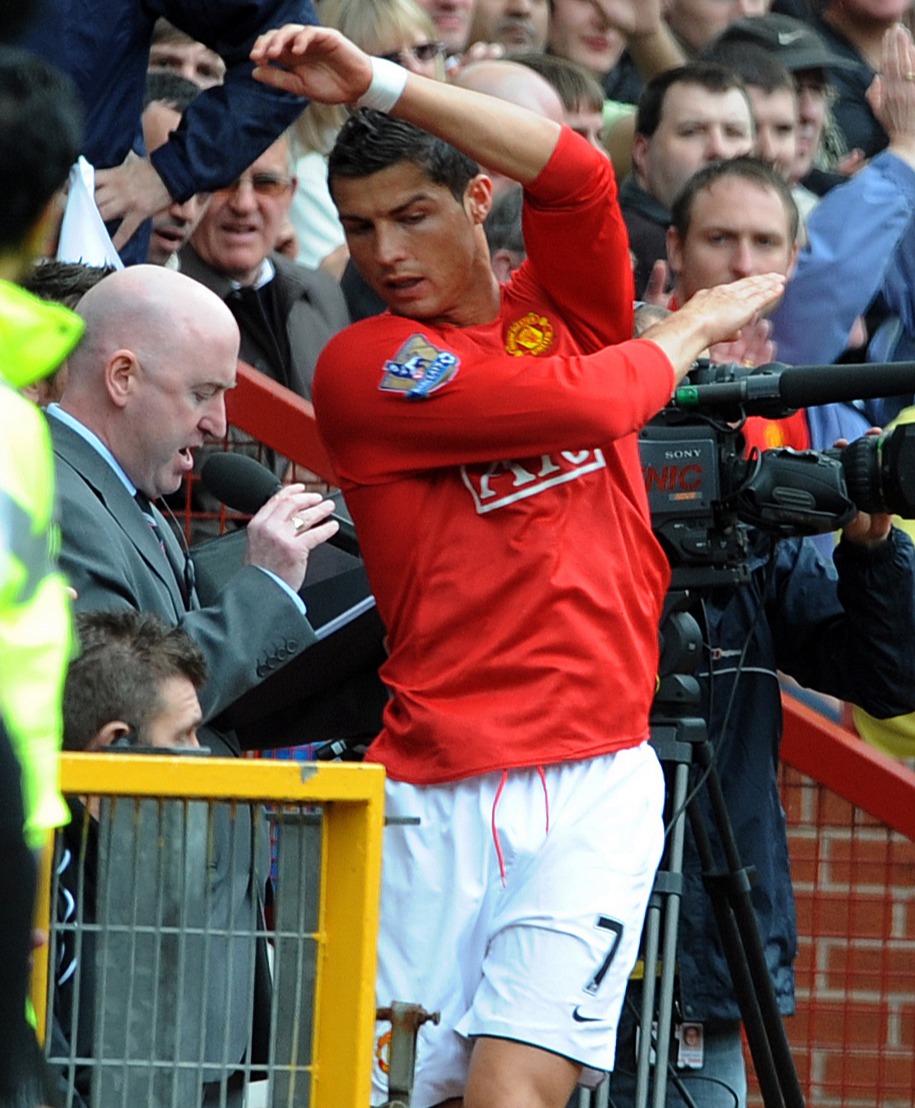 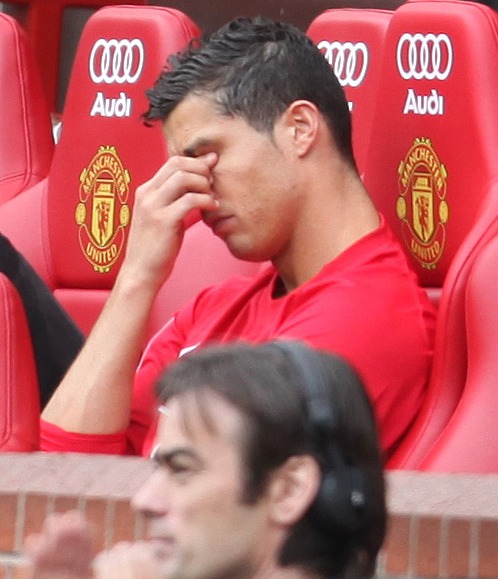 If he was angry at his United manager last time, Ronaldo was utterly furious with his Portugal team-mate this time.

He thought he was about to score a sublime solo effort in an international friendly, scooping over Iker Casillas to round it off, before Nani decided to get a needless final touch on the line.

But to make matters worse, Nani was offside and the wondergoal was ruled out – sending Ronaldo understandably apoplectic.

More frustration from Ronaldo aimed at his team-mates, here, as he lost his cool in the Champions League semis in 2011.

He was given the unenviable task of pressing the Barcelona defence as they knocked the ball around at the Bernabeu.

But when he turned around, he saw the rest of his Real Madrid side were sitting deep and not joining his one-man press – and he let them know about it with an arm-waving jumping paddy, not dissimilar to his trademark celebration. 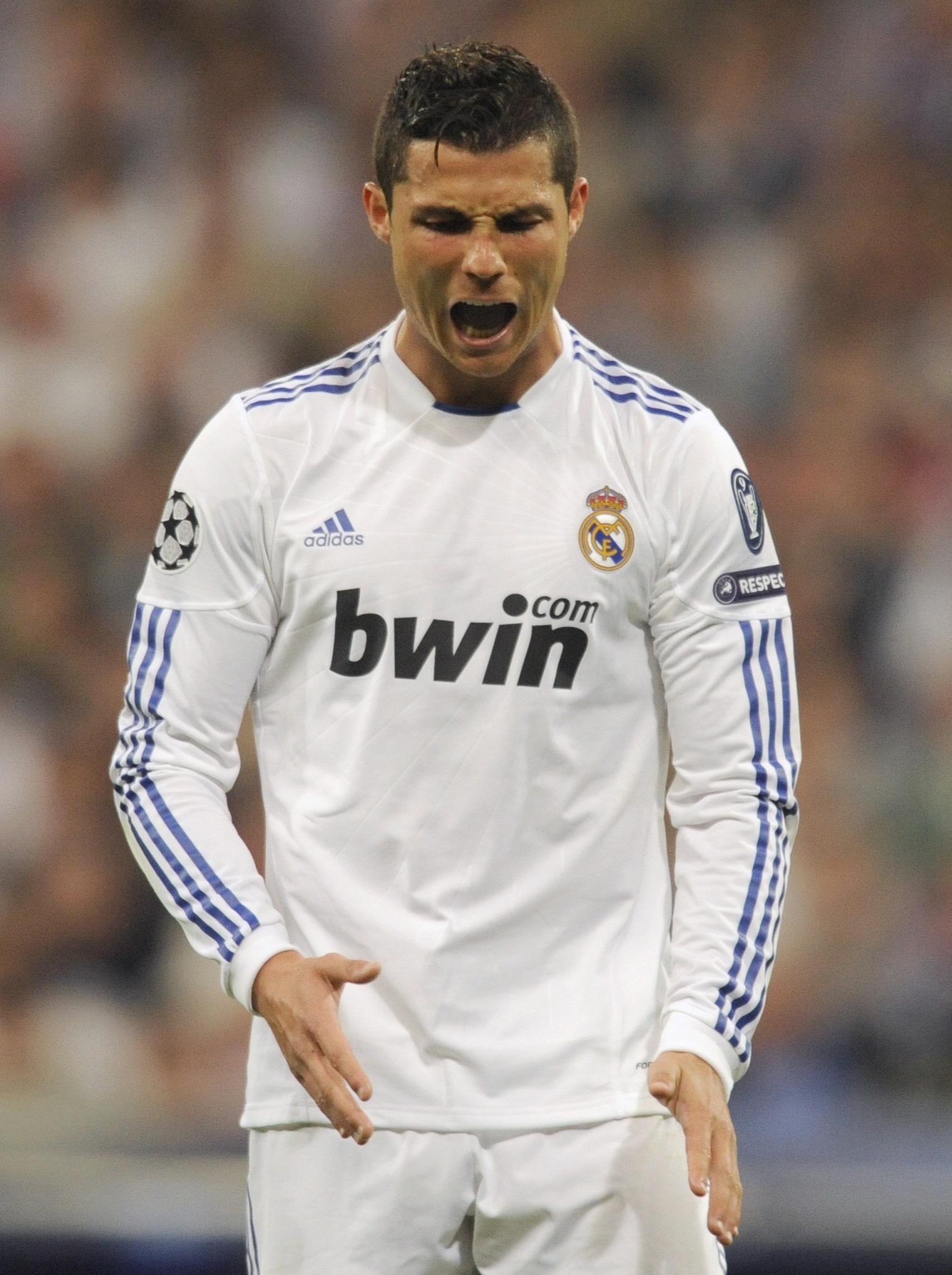 Note to reporters: don't expect to keep your microphone after asking Ronaldo a tough question.

The Portugal team were taking a stroll ahead of their final group game at Euro 2016 having drawn their first two.

Portuguese TV journalist Diogo Torres tried to get an answer out of Ronaldo but the forward didn't take a liking to the question, grabbing the mic and lobbing it into the nearby lake. 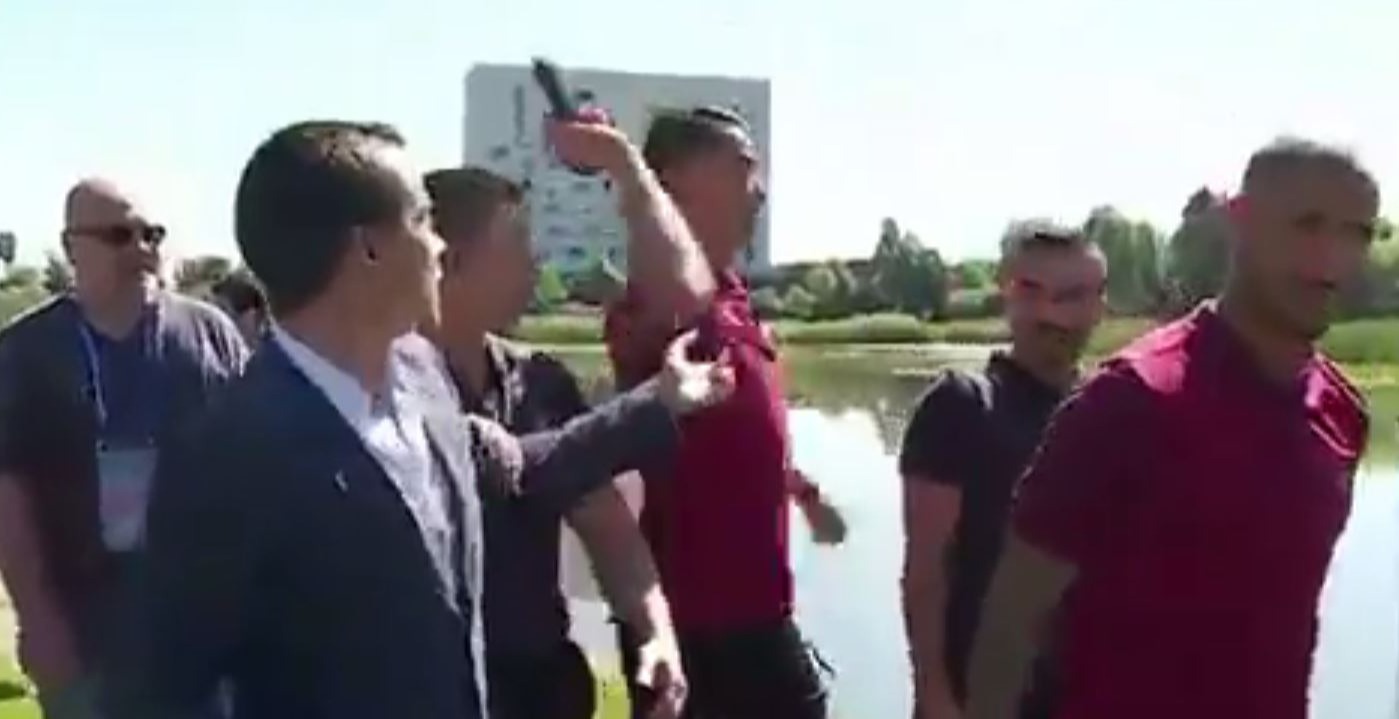 In that final group game against Hungary, the five-time Ballon d'Or winner's frustration boiled over yet again.

In similar fashion to the El Clasico tantrum, Ronaldo emphatically lost his cool when the underdogs went 3-2 up in Lyon and putting Portugal at serious risk of elimination.

Again the arms went flying and the stroppy-spoilt-child shouting returned – but the captain kept his head enough to equalise as his side scraped through… then went on to win the tournament. 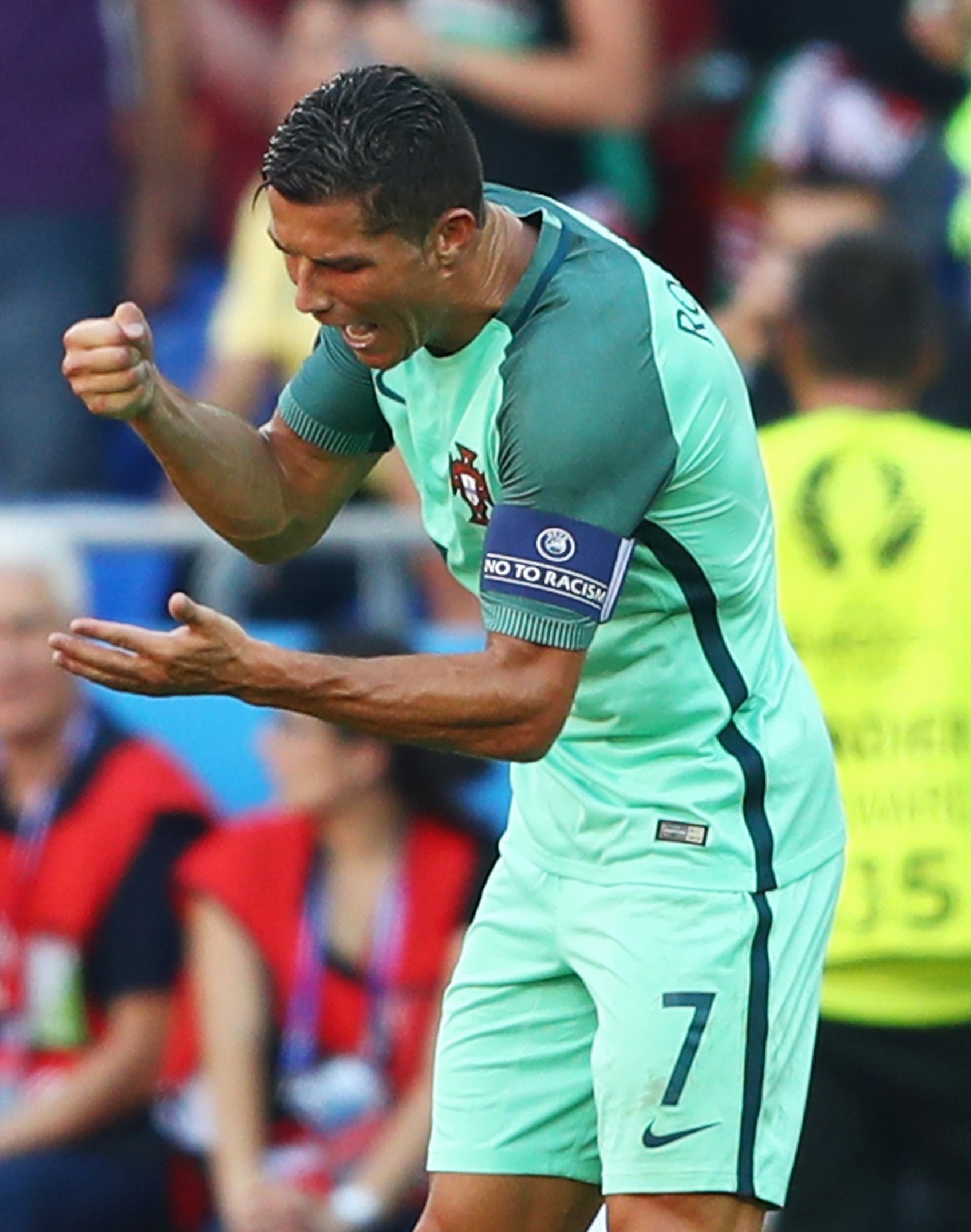 We have seen Ronaldo crying a fair few times over the course of his career – but this time was slightly different.

Ronaldo, playing for his new club Juventus, was reduced to tears after being sent off in the Champions League for the first time after pulling Jeison Murillo's hair.

The reason why he was quite so upset is not entirely clear – but may have had something to do with potentially missing clashes against Manchester United (the red card was rescinded)… or Juve's dire record in the knockout stages to come since his arrival. 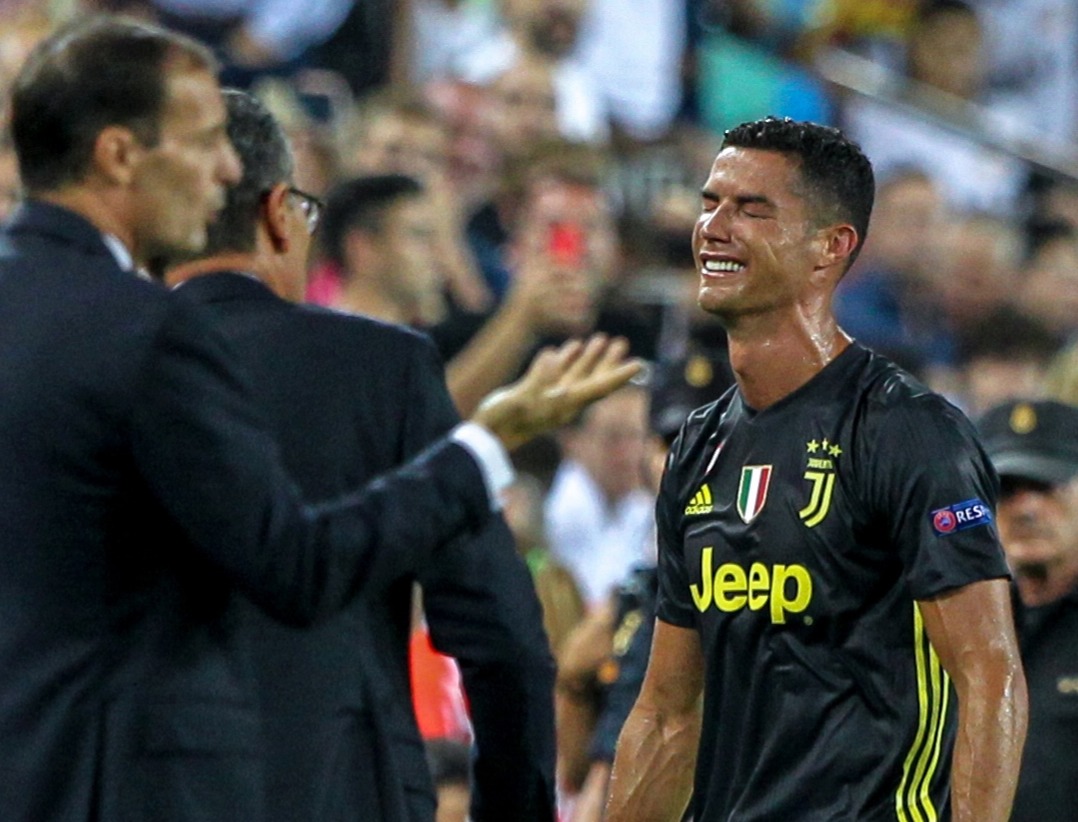 And then finally is the meltdown in Belgrade.

Ronaldo flew off the handle at referee Danny Makkelie and his assistant – was duly booked – then ripped off his captain's armband and hurled it to the floor as he stormed down the tunnel at full-time.

Makkelie apologised for his gaffe but former Portugal international Fernando Meira was not impressed, stating Ronaldo 'set a bad example' with his 'unacceptable behaviour'.

And he could now face a Fifa sanction as a result of it. 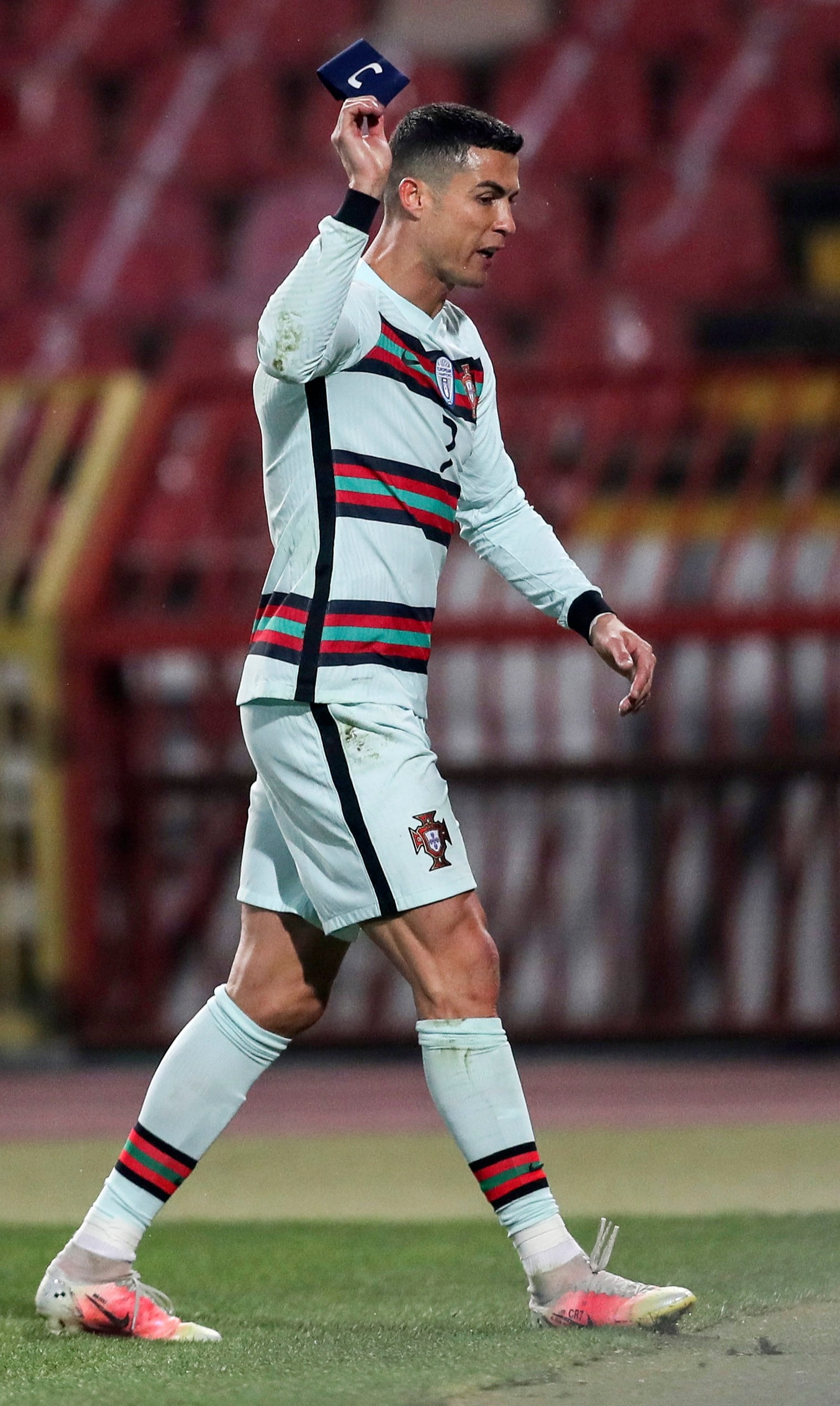