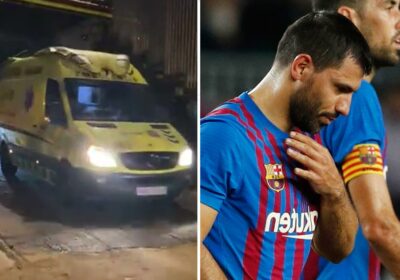 SERGIO Aguero has reportedly been 'diagnosed with an irregular heartbeat', Spanish media are claiming.

The 33-year-old was taken to hospital in an ambulance after suffering from chest pains and breathing difficulties during Barcelona's 1-1 draw with Alaves. 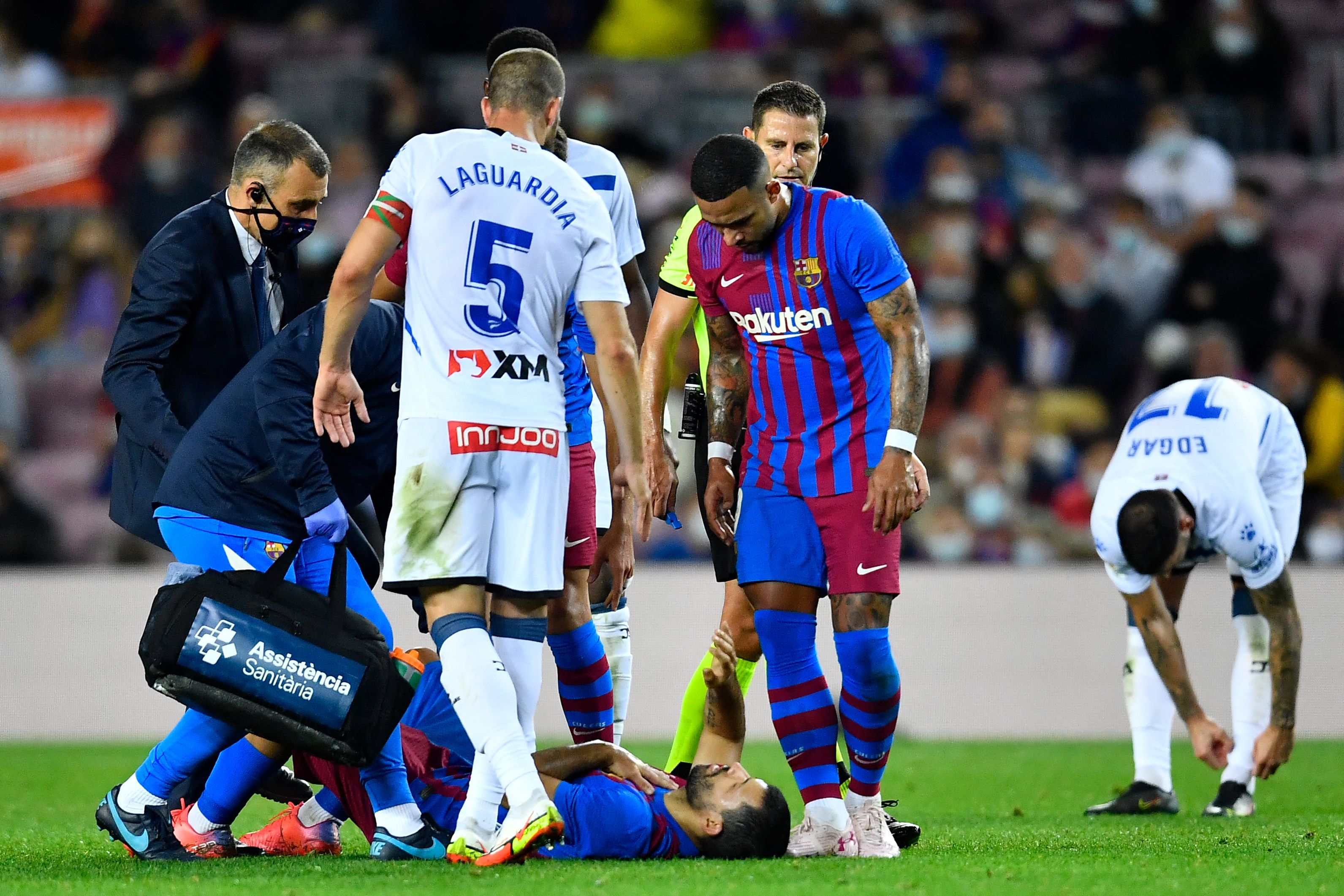 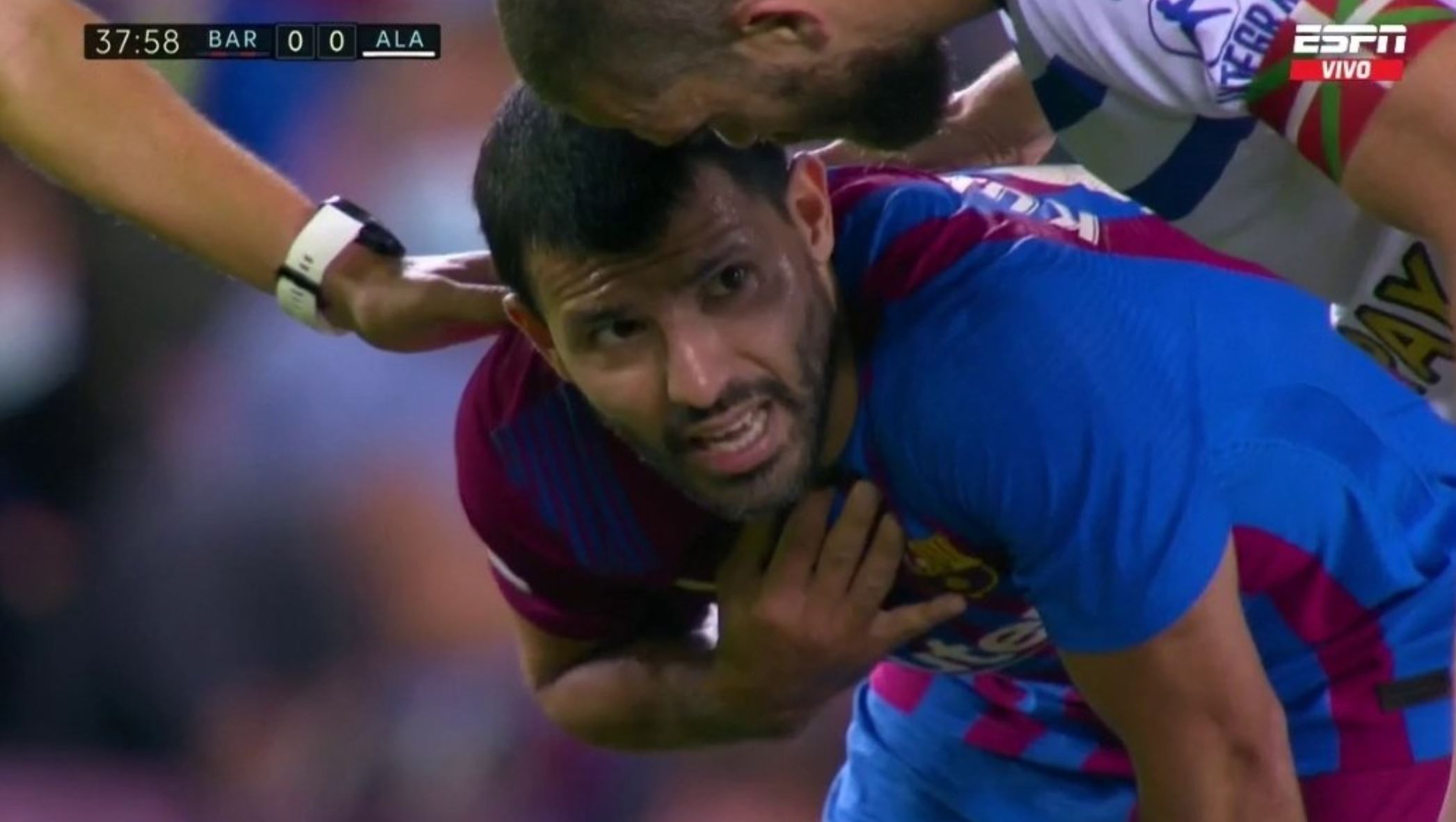 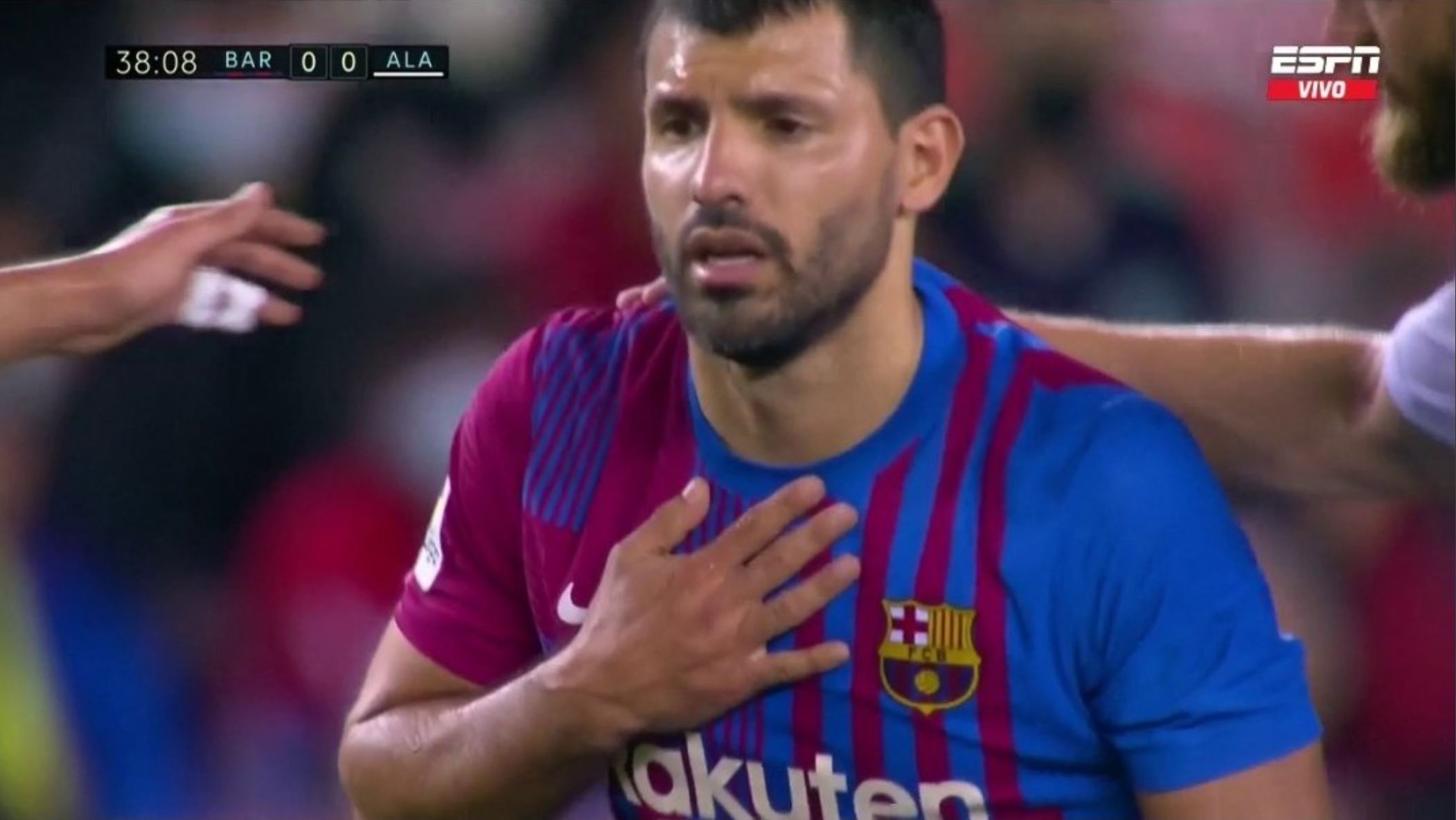 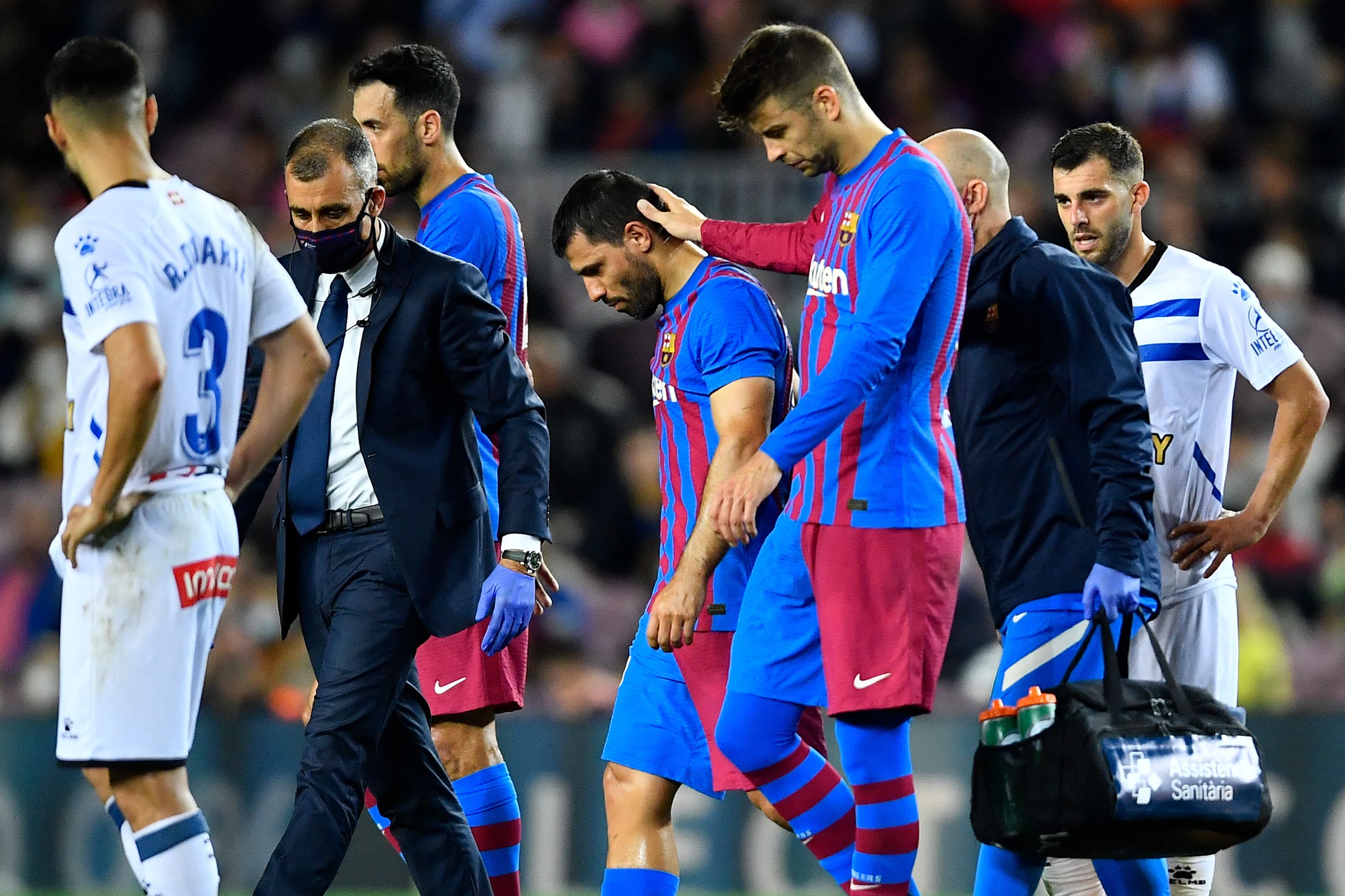 He fell to the floor and needed treatment from medics after being seen clutching his chest.

As well as complaining of chest pains and difficulty breathing, Aguero is reported to have been suffering from a high heart rate.

Thankfully he made it back to his feet and walked off the pitch but tests at Barcelona Hospital showed the former Manchester City man to have a 'cardiac arrhythmia,' according to well-respected Spanish outlet SPORT.

The report goes on to claim that further in-depth tests will be carried out, but he is said to have already been diagnosed with an irregular heartbeat.

Spanish outlet Marca also report Aguero will have a full heart check in the coming days to work out the extent of the problem.

He will be kept under observation and therefore is likely to miss the Champions League clash against Dynamo Kiev on Tuesday.

Aguero is thought to be 'calm but worried' about his situation.

The Barca summer signing pointed to his chest while receiving treatment and team-mates checked up on him during worrying scenes.

But he did not require the stretcher that was brought on for him and was replaced by Philippe Coutinho.

And his former club tweeted their well wishes to Aguero, saying: "Everyone at Manchester City wishes you a speedy recovery, @aguerosergiokun.

The striker has scored one goal in five appearances in all competitions since his switch to Camp Nou.

He did miss seven games for Pep Guardiola's side back in January after struggling with Covid-19.

And he previously revealed players were 'scared' to return to football after the pandemic, saying: “The majority of players are scared because they have children and families.

“I’m scared but I’m with my girlfriend here and I’m not going to be in contact with other people. I’m locked in my house and the only person I could infect is my girlfriend.”

The incident follows Christian Eriksen's cardiac arrest during the Euro 2020 clash between Denmark and Finland.

The Danish international has been since fitted with a heart-starter device but has been banned from playing in Serie A.

He was fitted with an ICD (Implantable cardioverter defibrillator) to monitor his heart rhythm -which can also send shocks to the heart if necessary.