Home » Sport » Serena Williams had her earliest exit from a Grand Slam in 6 years due to an injury, and now it might shut her down for the rest of the year

Serena Williams had her earliest exit from a Grand Slam in 6 years due to an injury, and now it might shut her down for the rest of the year 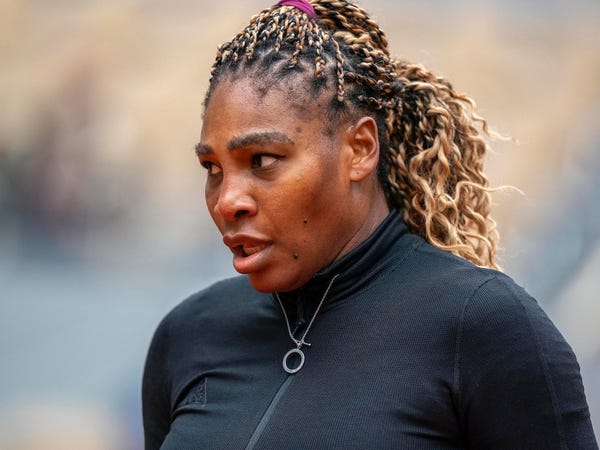 Serena Williams has pulled out of the French Open, and now the remainder of her 2020 campaign could be in jeopardy.

The 23-time Grand Slam champion tweaked her left Achilles tendon during her semifinal loss against Victoria Azarenka at the US Open on September 10. Williams managed to play through the pain for the remainder of the match and build enough confidence in her health to forge on to Roland-Garros just a few weeks later.

But after beating fellow American Kristie Ahn in straight sets in Monday's first-round matchup, the 39-year-old said her pain increased and that after "struggling to walk," she realized she should withdraw from the tournament in advance of her Wednesday matchup against Bulgarian Tsvetana Pironkova.

"I was able to get it somewhat better, but just looking long-term: In this tournament, will I be able to get through on enough matches?" Williams told the press. "And so for me, I don't think I could."

Her second-round exit constitutes her earliest departure from tennis's four Grand Slams since losing at Roland-Garros in 2014. But she maintained that Achilles injuries are ones that "you don't want to play with" out of fear of creating long-term damage.

So instead of competing in Paris, Williams will take "four to six weeks of sitting and doing nothing" to allow her leg time to heal fully. That means that she "more than likely" will not retake the court in 2020.

"Doing the math on that, I don't know if I'll be able to play another tournament this year," Williams said.

But the three-time French Open champion insisted that her tennis career is far from over and that this injury hasn't dissuaded her from continuing in her quest to tie Margaret Court's record 24 Grand Slam victories.

"I love playing tennis, obviously. I love competing. And I love being out here. It's my job, been my job. And I'm pretty good at it still," Williams said. "So until I feel like I'm not good at it — then I'll be like, 'Oh, okay.'"

"And I'm so close to some things," she added. "I just feel like I'm almost there, so I think that's what keeps me going."