Dyche said Firmino’s wild lunges at Johann Berg Gudmundsson were much nastier than the Ben Mee challenge that saw Joe Gomez stretchered off with a broken leg. 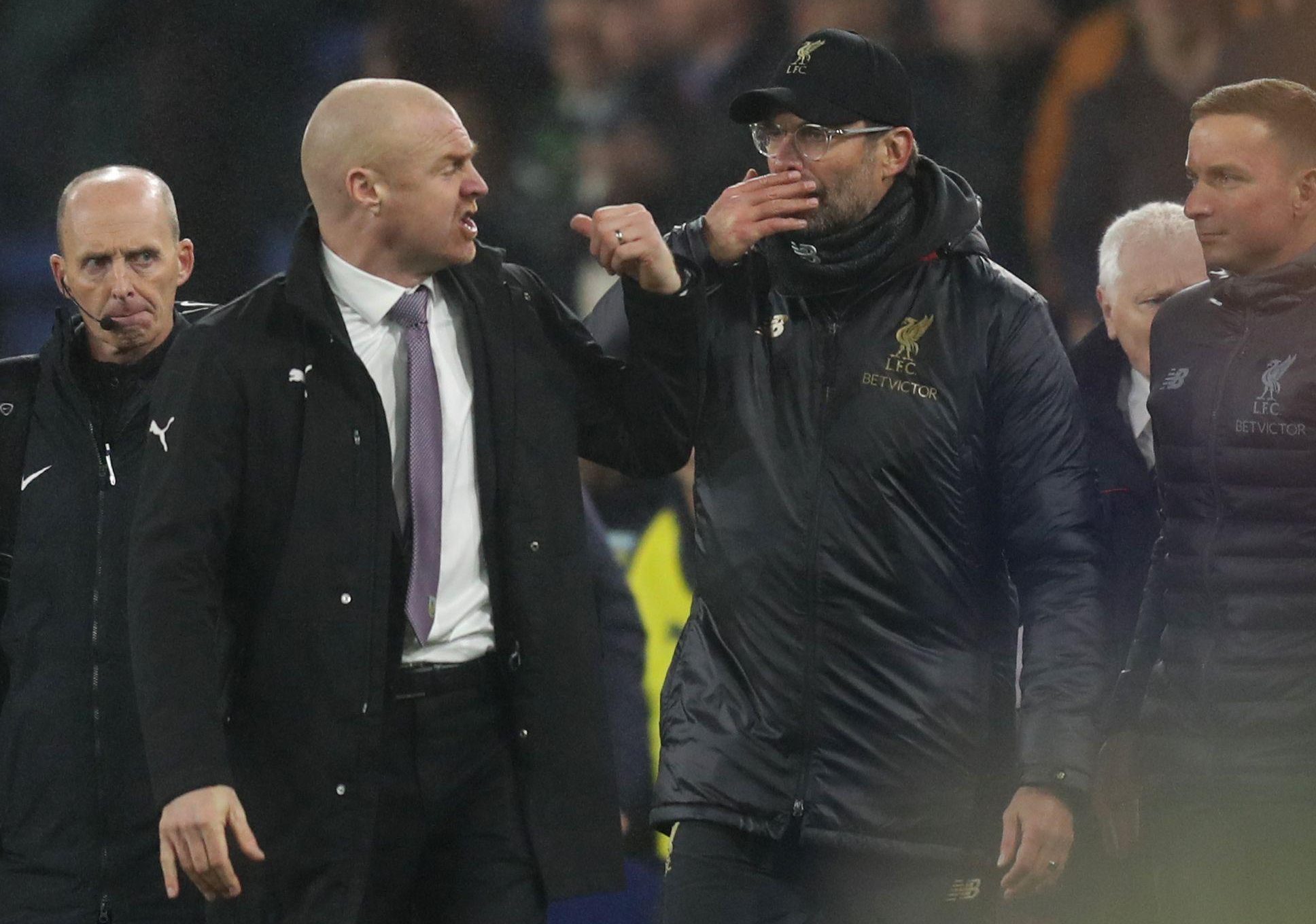 The Burnley boss said his team had not made much of the incident at first, because they are not ‘cry babies’ – an obvious swipe at Klopp.

The Liverpool boss condemned Burnley for an over-aggressive approach in their Turf Moor clash and claimed the sort of slide tackle Mee made on Gomez should be outlawed.

Dyche hit back: “It was a naughty one that, Firmino having a couple of goes at Gudmundsson. We just tend to not cry.

“You want to see Ben Mee’s shins, with stud marks all down them. And Phil Bardsley’s. 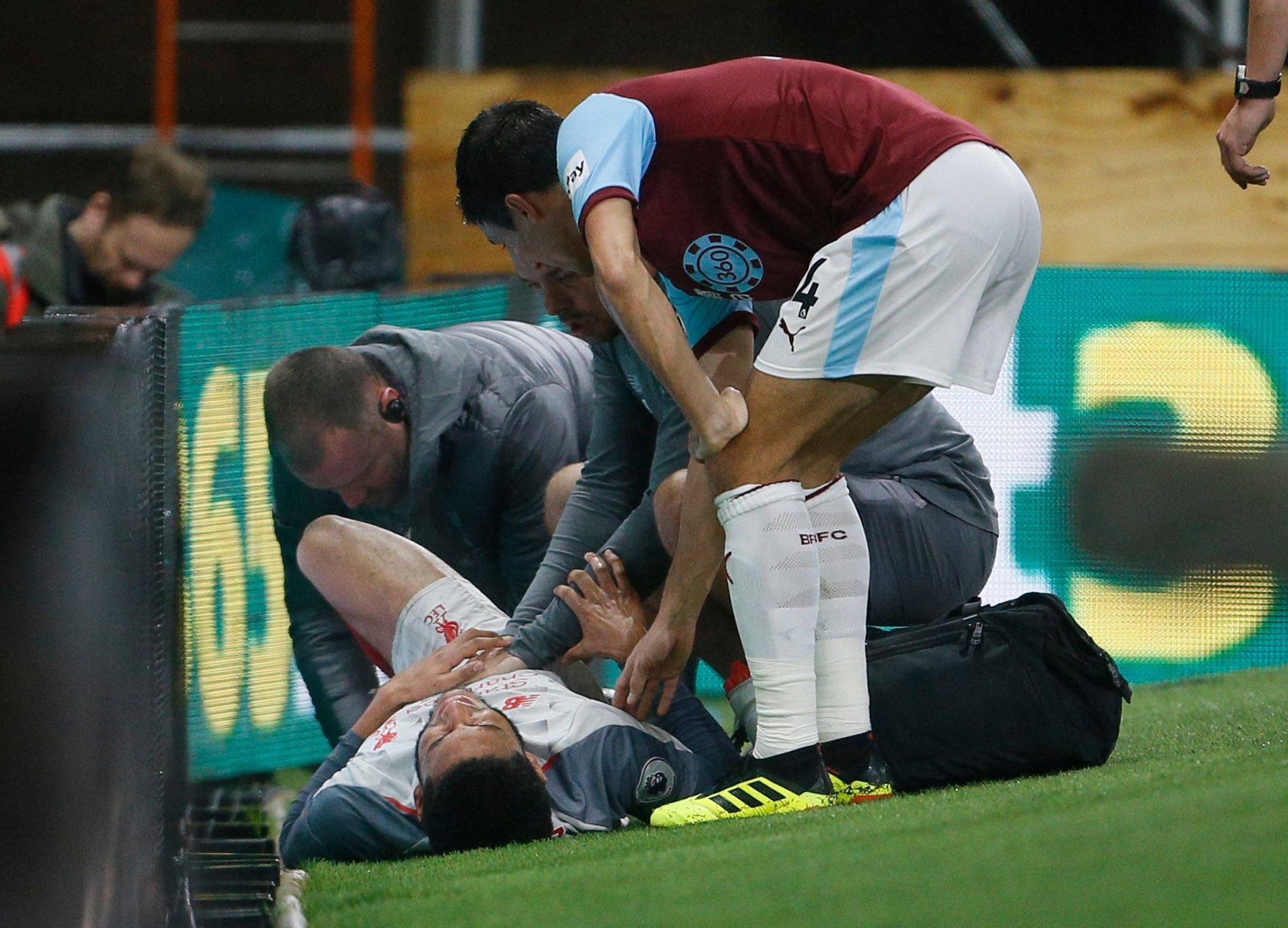 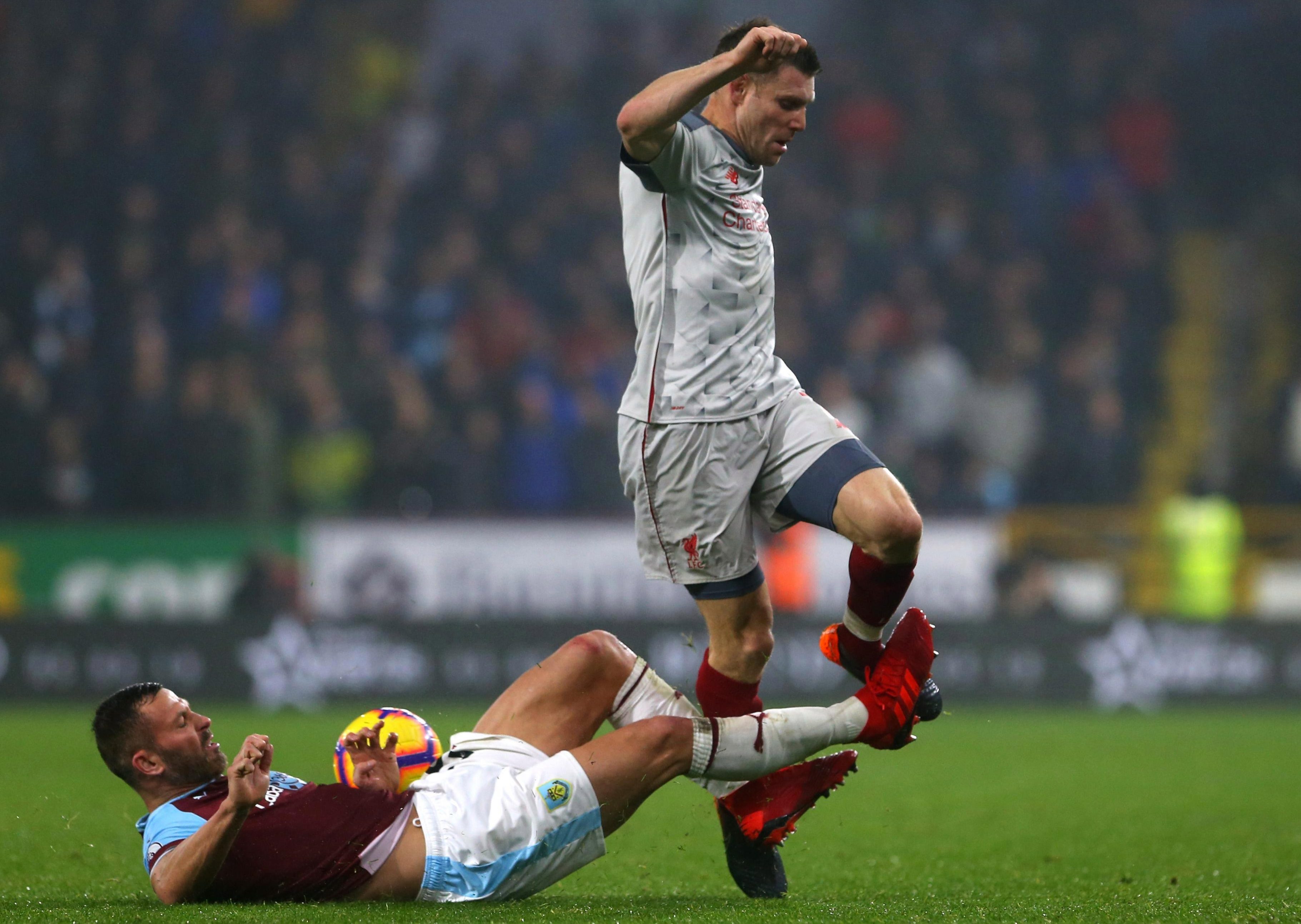 “But I don’t have a problem with that. It should be a tough game played fairly by all. In our game I don’t think there was much going on other than just good effort to win the ball properly.”

Dyche has already had a dig at Klopp for not condemning Daniel Sturridge’s blatant dive during Liverpool's 3-1 win.

And he believes the Liverpool manager is asking for trouble by whingeing about slide tackles.

Dyche said the next time a Liverpool players slides in to make a tackle, or to block a shot, Klopp will be wide open to taunts of hypocrisy.

He explained: “I didn’t understand the sliding point. How many blocks do you see when a player slides across to get a block? Fans love that.

“He’s under pressure now Klopp. I just think the next player that slides in for Liverpool, it’s going to be seized on.”

Dyche expressed sympathy for Gomez, but pointed out Mee won the ball cleanly.

Burnley believe the damage was done when the Liverpool player collided with an advertising hoarding, after the tackle was completed. 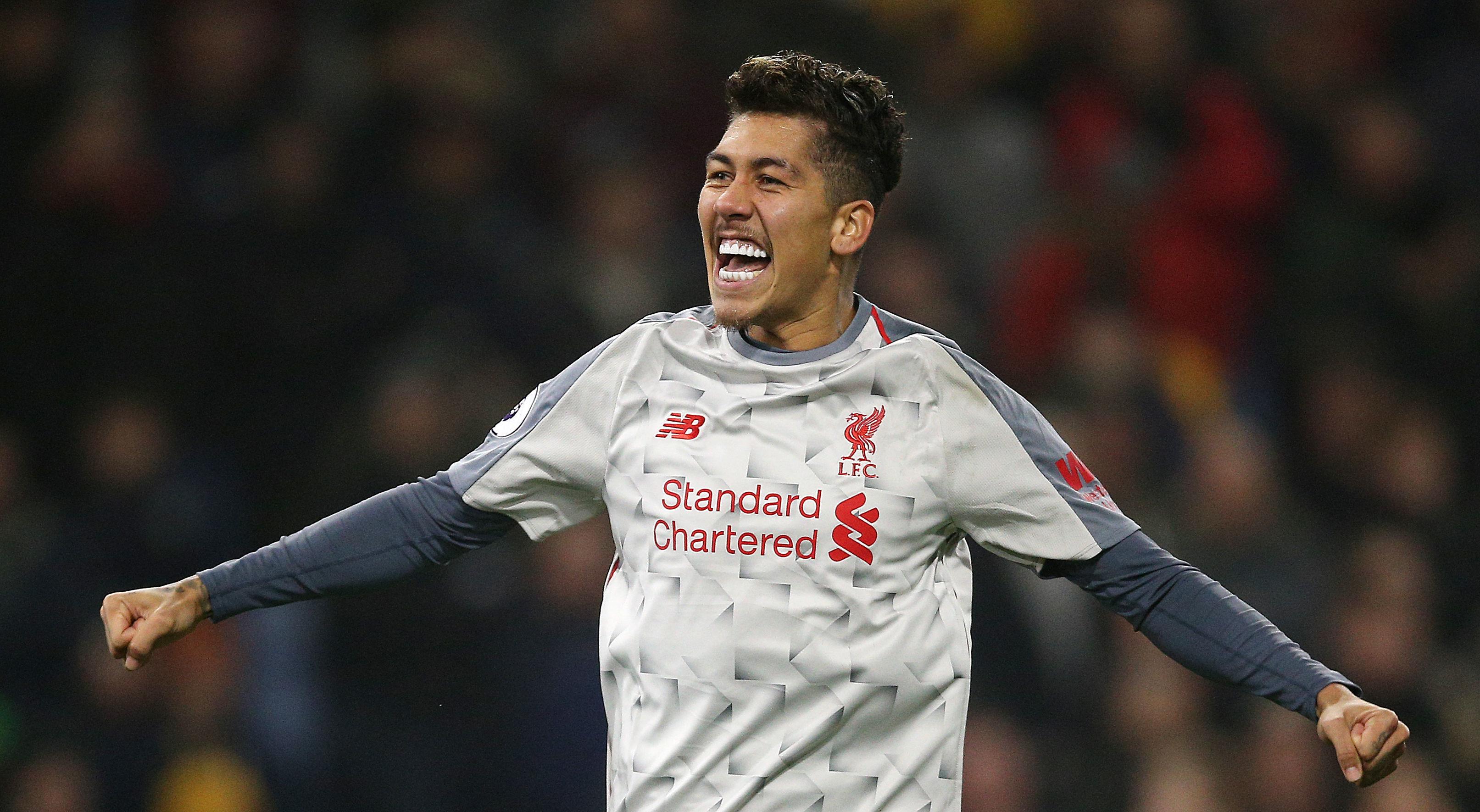 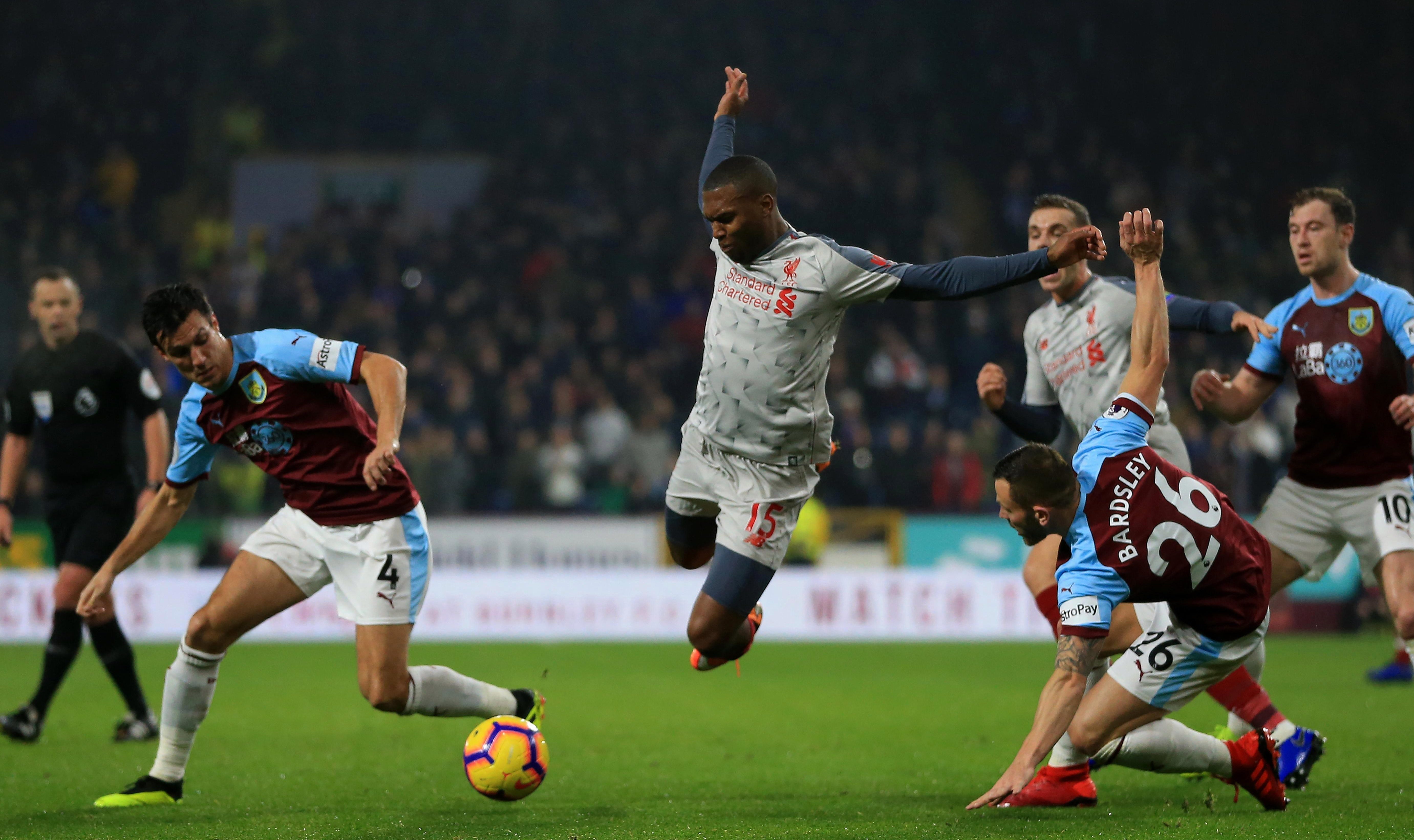 The Clarets boss also feels Klopp left himself open to criticism after turning a blind eye to Sturridge’s dive.

It came just a week after the Liverpool manager tore into Paris St Germain for diving, saying: “You act like you die, and the next moment you get up. Everybody’s going down, it’s not football any more.”

Dyche insisted he will never tolerate diving by his players, even though he feels that is one of the reasons they have now gone 20 months – and 58 Premier League matches – without getting a penalty.

Burnley were the only top-flight team not to be given a spot-kick last season, and they are still waiting for one this time.

Their last penalty was converted by Sam Vokes at Everton in April last year.

But Dyche was horrified at the suggestion his players should go down more easily in the box – especially in today’s must-win game against a Brighton side who have been awarded 12 penalties since the start of last season. 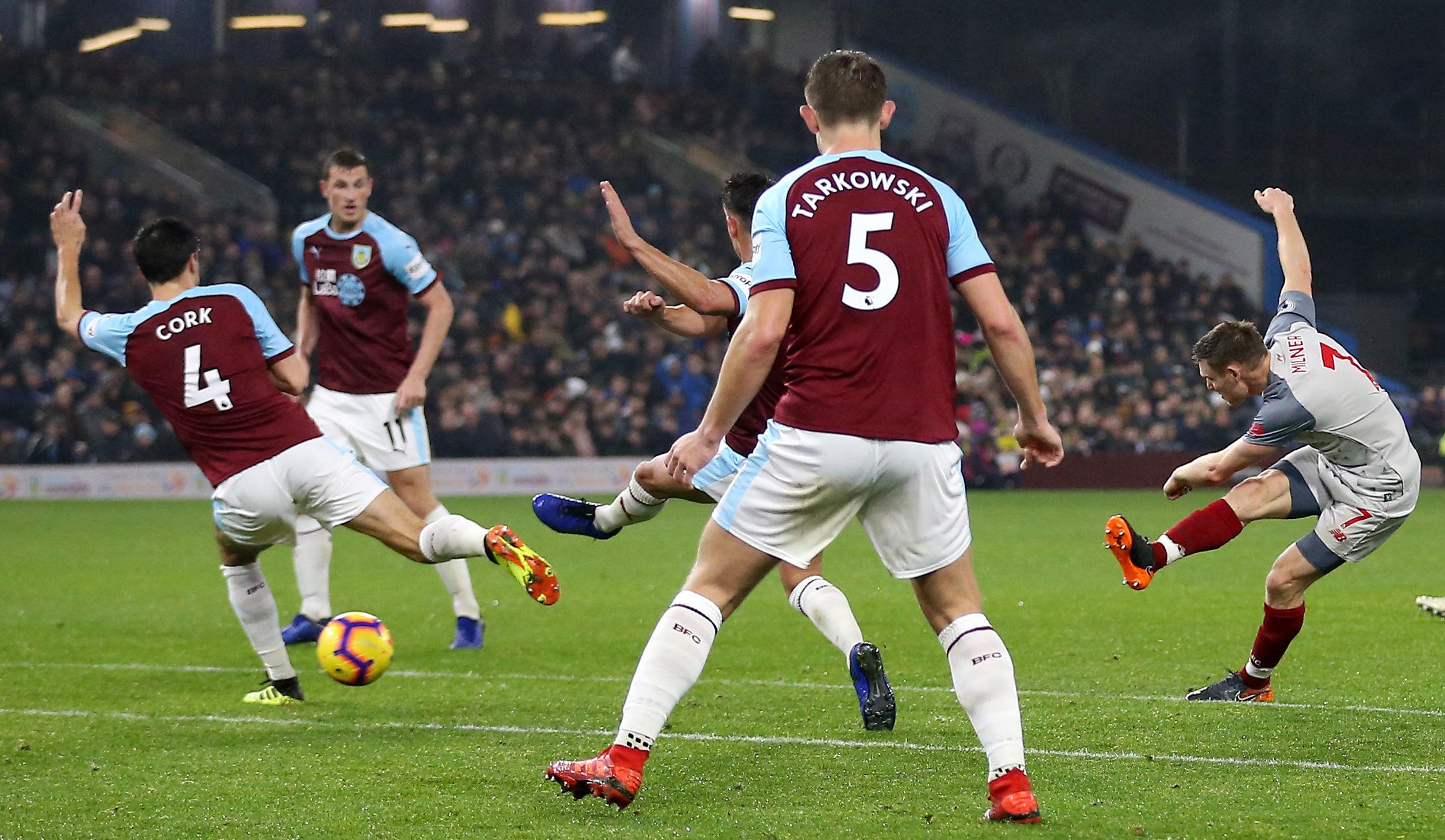 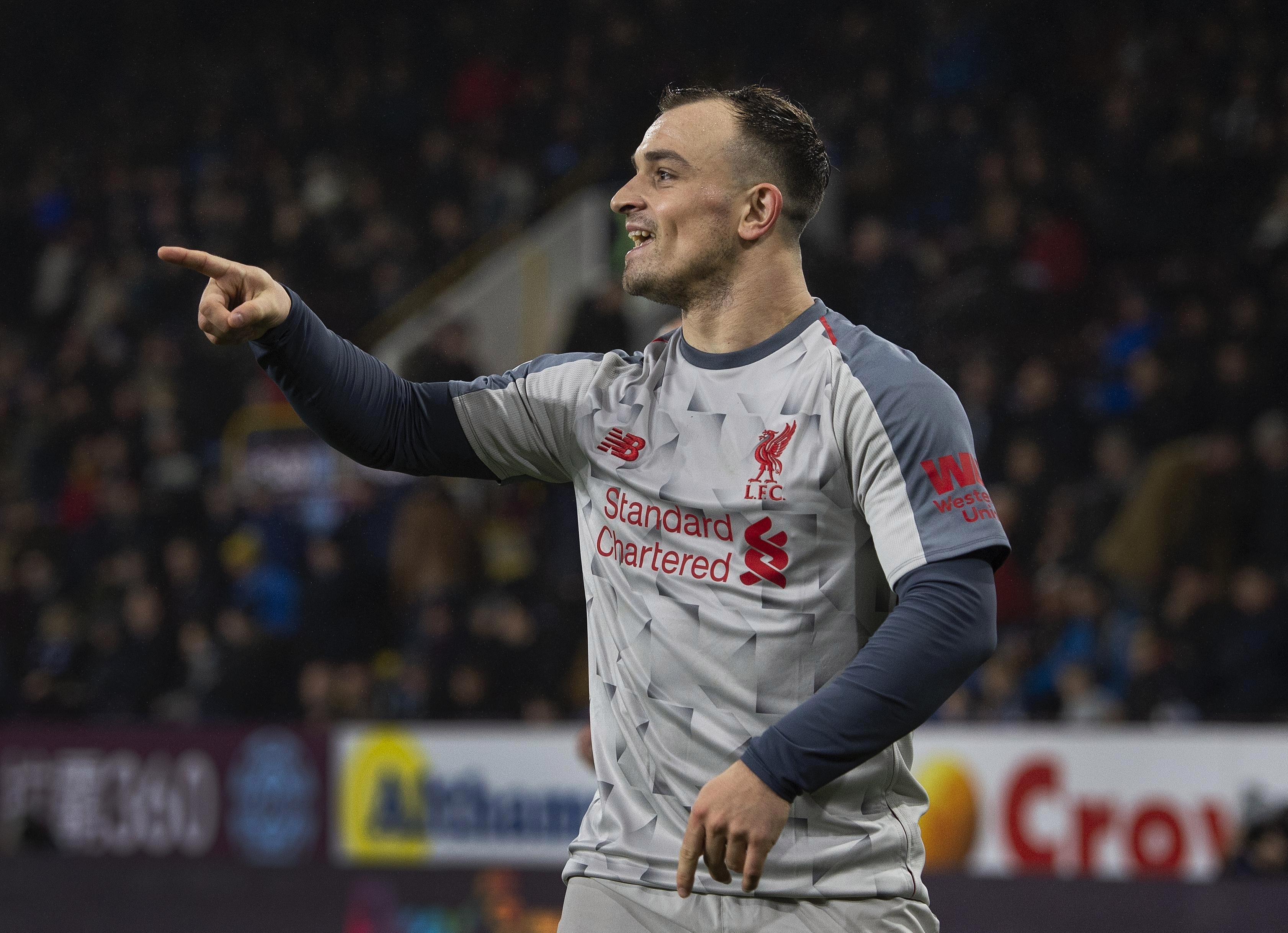 He added: “Goodness, no, is the answer. I try and be fair, and I’m not going to give one view in public and tell the players to do something different.

“When I see people diving with no contact, which we saw with Daniel Sturridge, I’m amazed that the powers that be in football don’t do anything about it.

“Fans don’t seem to mind it now, which is weird. I remember Klinsmann and Drogba coming here and everyone in uproar – Match of the Day, saying: ‘They’ve done it again’. Now it’s just ‘oh, well’.

“But I’d never condone diving by my players, even though the penalty thing doesn’t make sense. Bournemouth have had six this year in 15 games, Palace have had five and we haven't had any in 58 games.

“During that time we reckon we’ve had at least ten stonewall appeals turned down. But throwing yourself to the ground in the box isn’t the answer.

"I just don't get diving, but no-one seems to care about it. It's a beautiful game, and it's getting ruined by it, but no-one stops it.

"Imagine going back to the era of Graeme Souness and all them. Imagine someone cheating in their games. That could have been interesting in the tunnel.

"If a fan tells me: 'You’re wrong, I'd much prefer to see diving than I do tackling' then it's time to move on, because the game must be in trouble.”