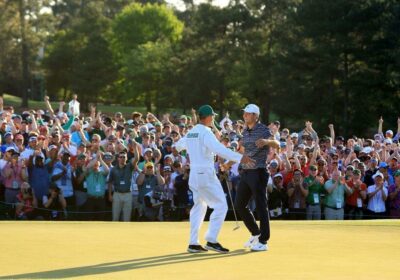 Scottie Scheffler has won The Masters after holding off the challenge of Cameron Smith and a sublime final-round performance from Rory McIlroy at Augusta to secure a first major title.

It completes a stunning rise and caps a dominant run for the 25-year-old American, who in the space of 56 days has won his first professional tournament at the Phoenix Open, reached number one in the world rankings after a further two wins in four starts, and now claimed the green jacket.

McIlroy, who started his round at +1 and at one point this week was 13 shots off the pace, carded a wonderful seven-under-64 to claim a surprise second-place finish with the joint-lowest final round in Masters history.

His magnficant charge was sealed as he chipped in for birdie from the 18th bunker but ultimately his run came too late in the day and his wait for an elusive Masters title goes on. Scheffler wrapped his victory over the closing five holes and finished three shots clear with a total score of -10, even if required a four-putt double bogey at the last.

Scheffler came into the final round with a three-shot lead over Smith but that was quickly whittled down to just one stroke within the first two holes. A sensational chip-in birdie at the 3rd settled his nerves. It was his moment of the day and it dampened Smith’s fight. 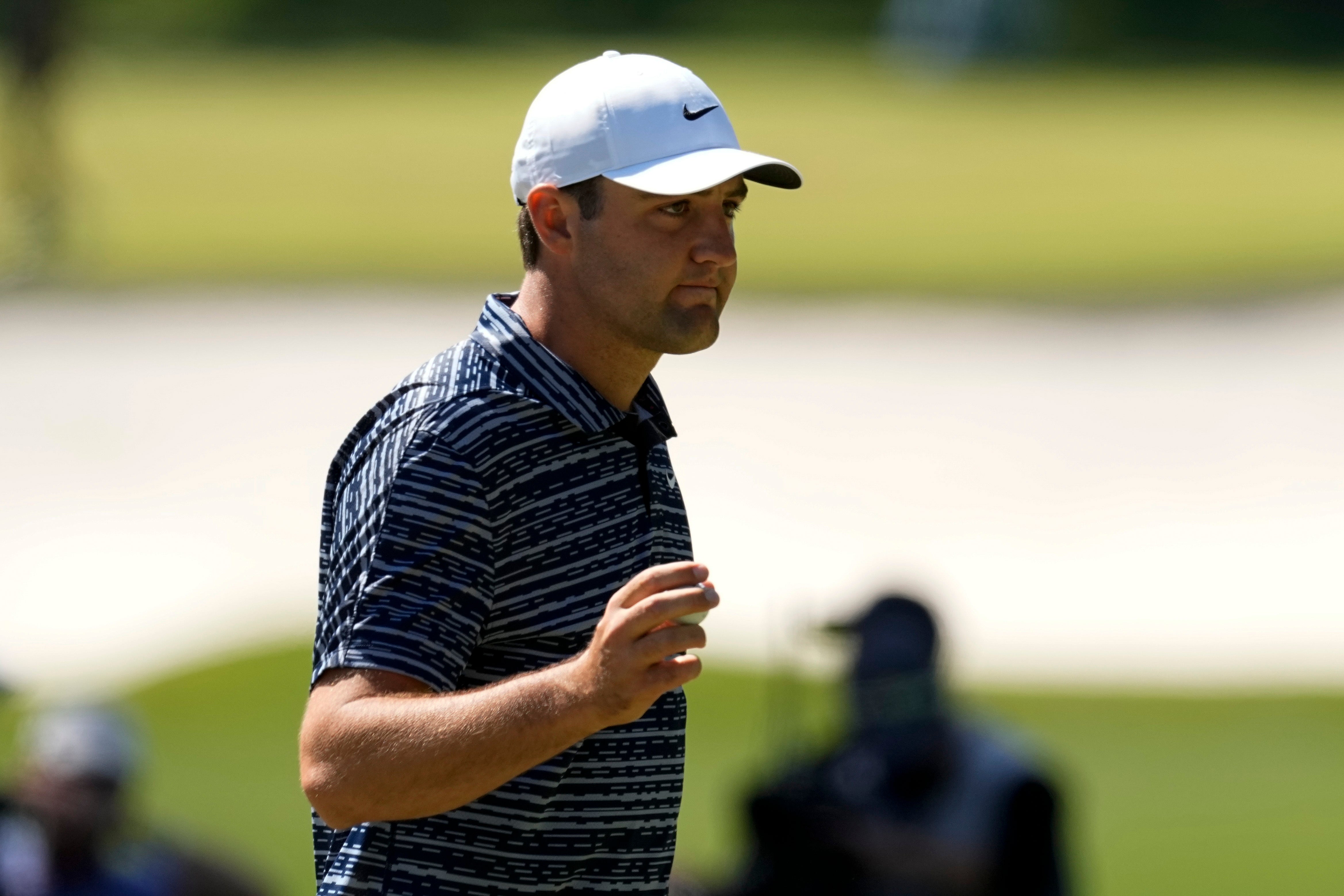 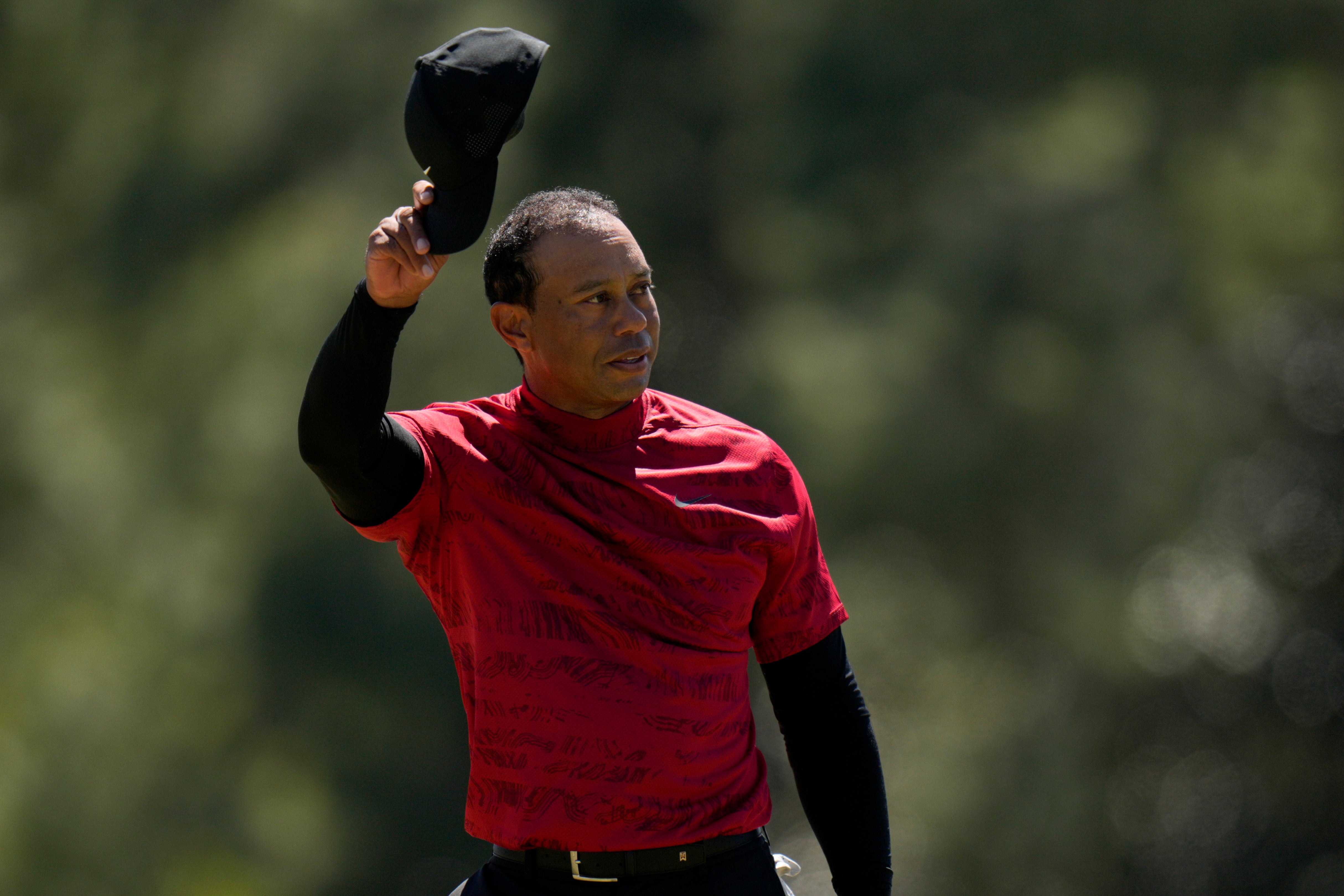 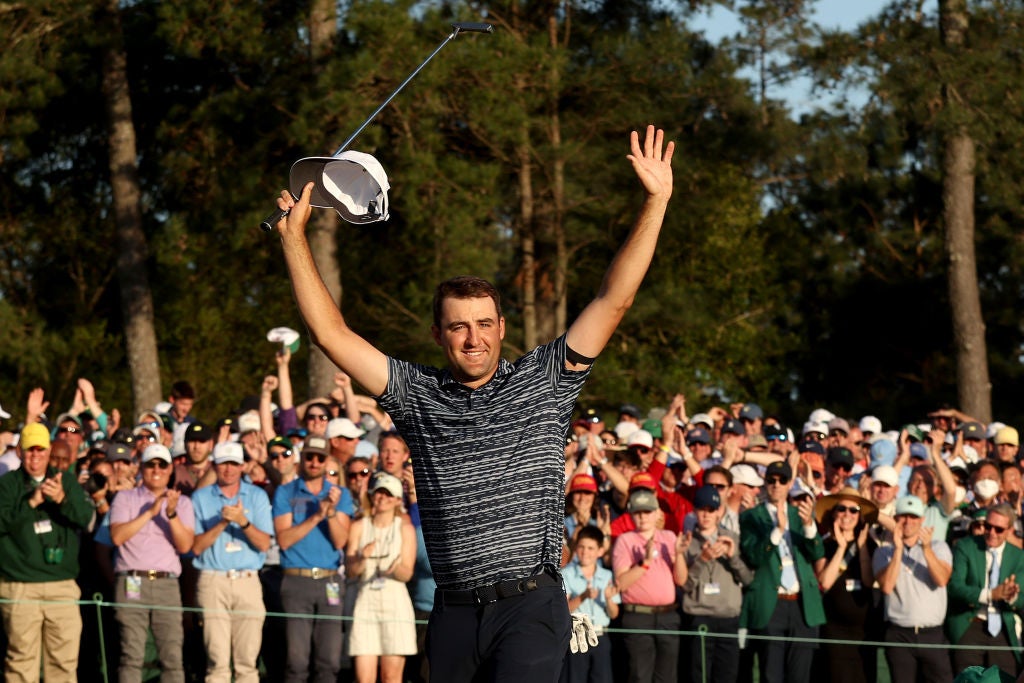 Smith, the winner of the Players Championship, looked to have restored his hopes after making birdie at the 11th but they quickly evaporated after finding the water and making a triple bogey at the 12th. From there, and with McIlroy in the clubhouse, Scheffler built on his lead with a further two birdies on the back nine to seal a dominant victory.

Earlier, Tiger Woods completed his Masters return by carding a six-over-par 78 to finish +13 for his week. After emotional scenes on the 18th green, Woods announced that he plans to play the Open at St Andrews, as his comeback to golf at Augusta remained one of the stories of the week.