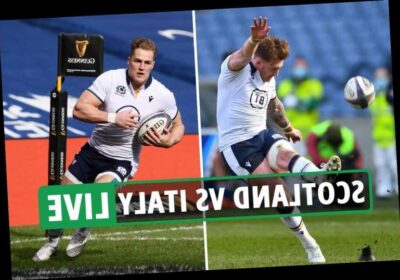 SCOTLAND are cruising past Italy as they look to round off their Six Nations with a crushing win.

The Italians took a shock lead early on before Scotland roared back with tries from David Cherry and Duhan van der Merwe.

Darcy Graham and Huw Jones then added tries to earn the Scots a bonus point.