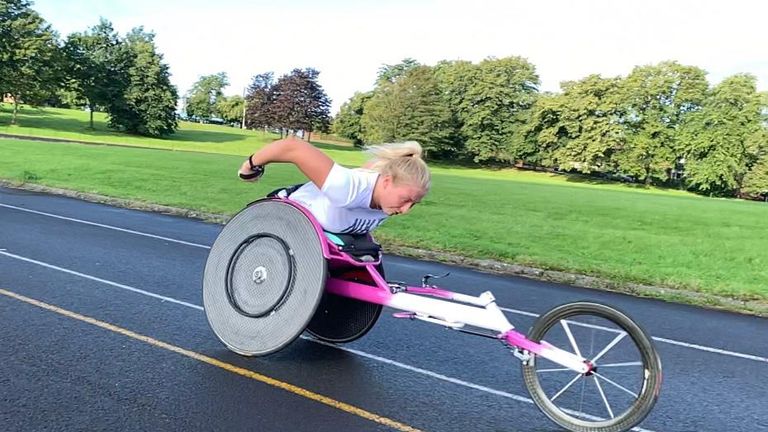 Wheelchair sprinter Samantha Kinghorn has been named in the 43-strong Great Britain squad for the World Para Athletics Championships in Dubai.

The 23-year-old Sky Sports Scholar will be looking for more glory during the championships that run between November 7-15 after her 100m and 200m gold and 400m bronze in London two years ago. She also won 200m bronze in Doha in 2015.

Former Sky Scholar and long jumper and sprinter Olivia Breen will also hope to repeat her golden success from London in 2017.

Kinghorn, coached by Ian Mirfin and will sprint in the T53 100m & Universal 4x100m relay, is desperate for more medals after struggling during the summer with health problems.

? Introducing your 4️⃣3️⃣ strong British team for the @ParaAthletics Championships in Dubai from November 7-15 #REPRESENT pic.twitter.com/3XQJPlc48x

But after a gruelling few weeks on the training track, she is in good spirits and said: “This year has been a tough one for me but I’m so delighted to be pulling on that GB vest for these championships.

“This will be my third World Championships in my career which is just amazing. I’ll be pushing myself so hard to get the best possible outcome.”

GB Para Athletics head coach, Paula Dunn added: “The event is a key competition in the cycle as well the final opportunity to take on the best in the world at a global championship before Tokyo.