[Rumor] Danny DeVito Could Return As The Penguin In "The Flash" 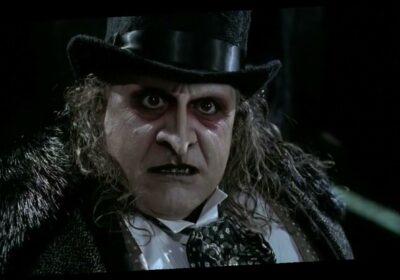 The upcoming 2022 superhero blockbuster film, The Flash, will reportedly feature appearances from both Michael Keaton and Ben Affleck as Batman/Bruce Wayne.

Affleck most recently portrayed the Caped Crusader in Batman v Superman: Dawn of Justice (2016) and Justice League (2017). For Keaton, it’s been 29 years since his last performance as Batman.

Could we see Keaton and DeVito share the screen again for a major superhero movie? A new rumor suggests this could actually happen.

Internet scooper Daniel Richtman shared a rumor on Patreon (h/t Cameron Bonomolo of ComicBook.com) that The Flash could also feature an appearance from DeVito as the Penguin.

This is only a rumor, and nothing appears to be set in stone at this time. But it would certainly be exciting for the DC Universe fans if the film included not one, but two returning actors from Burton’s 1992 movie.

It should be noted that Keaton hasn’t yet confirmed if he’ll be reprising his Batman role.

RELATED: George Clooney Made A Small Fraction Of What Arnold Schwarzenegger Earned In “Batman & Robin”

To date, DeVito’s portrayal marks the most recent live-action film appearance for Penguin. However, Colin Farrell is set to play the character in Matt Reeves’ 2022 film, The Batman, which stars Robert Pattinson as the World’s Greatest Detective.

The Penguin was a key villain in various television shows and cartoons, including FOX’s Gotham and the Batman: Arkham video game series. The character’s return, after nearly three decades, is drawing closer.

The release date for The Batman has been pushed back numerous times due to the ongoing COVID-19 pandemic. It is currently scheduled for a release in the spring of 2022. The initial plan was for the film to hit theaters in June of this year.