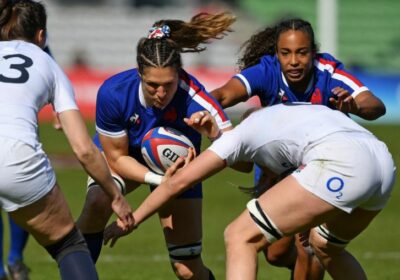 LONDON (REUTERS) – England’s Rugby Football Union (RFU) chief executive Bill Sweeney has proposed keeping the Women’s Six Nations separate from the men’s event and running it in an April-May window to give the competition the spotlight to itself.

This year’s event was postponed to April from February due to the Covid-19 crisis and the format was changed with England and France meeting in Saturday’s (April 24) final as winners of two three-team groups, rather than the usual six-team round-robin format.

The Women’s Six Nations is usually run concurrently with the men’s but Sweeney said there was no need to retain the traditional schedule or format.

“We need to be a little bit more innovative in our thinking around how we structure this tournament going forward,” Sweeney told the BBC.

“It doesn’t necessarily have to be the same Six Nations as the men… Keep that April-May format, the weather is better, and it gets you away from the men’s game.

“It leaves a window where you can really focus on the women and also look at more interesting formats for the competition structure so we can build more excitement as well.”

The BBC, which broadcast the games in Britain, said a TV audience of 600,000 watched England seal a third consecutive Women’s Six Nations title by edging France 10-6.

“We want to have conversations with the BBC also about continued broadcast and making sure that it’s on free-to-air,” Sweeney said.