Roy Keane on his feud with Republic trio & ‘Ratsapp’ 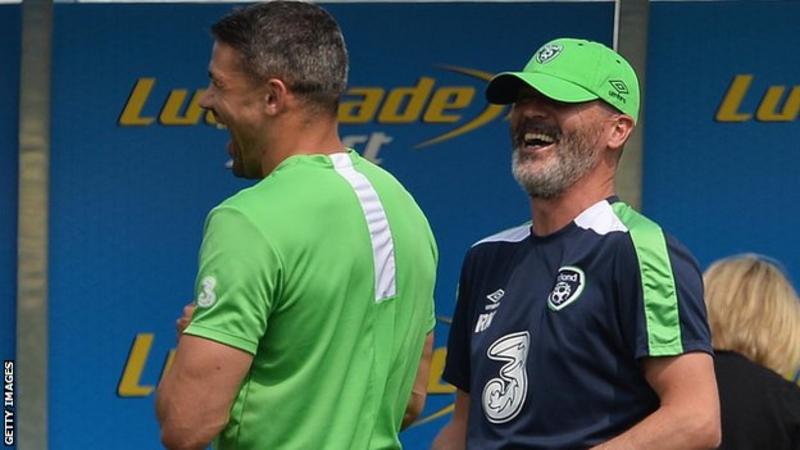 Do not be surprised if “Ratsapp” becomes part of the English lexicon thanks to anti-wallflower Roy Keane.

At a show in Dublin, the 48-year-old was once again given the chance to vent his fury at three Republic of Ireland players who crossed his path when he was assistant.

Not only did he take the opportunity, he added a dash of hot sauce.

It all emanated from 2018, the final year of both his and manager Martin O’Neill’s tenure. Midfielder Harry Arter and forward Jonathan Walters reportedly had run-ins with Keane over training, before Stephen Ward relayed the alleged incidents via a WhatsApp audio message that was eventually leaked to the Irish media.

Not one to let bygones be bygones, the former Manchester United midfielder went “full Keane” again over the matter, reserving most of his rancour for former forward Walters.

The ex-Stoke striker, who won more than 50 caps, recently claimed their feud began when they were both at Ipswich over transfer interest.

“Maybe he should lie low for a while. Have a look at his medals? That wouldn’t take long.”

Arter and Ward did not get off lightly either.

Of them, Keane added: “Harry Arter went to Cardiff on loan, they got relegated. Wardy can’t get in the Stoke team at the moment and they’re down at the bottom of the league.”

Asked about his perceived confrontational style of man-management, Keane said: “Sometimes you’re trying to motivate players. Did I get it drastically wrong with the situation at Sunderland? At Ipswich? Maybe they [players] got it wrong. Maybe they over-reacted.

“Brian Clough [his manager at Nottingham Forest]. You’re on about motivation. He punched me one time – he was upset and it was heated. I remember thinking, ‘you’re still a brilliant manager’.

“I came in the next day and trained. I didn’t text somebody in the media or go on Ratsapp.”