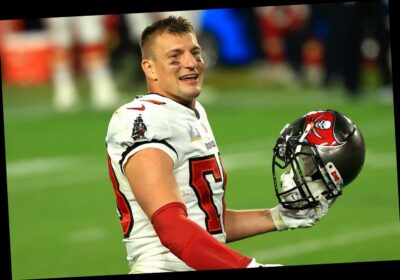 Rob Gronkowski thought about going back to the land of Gronkowskis.

Before the star tight end re-signed with the Buccaneers, Gronkowski considered a “similar offer” from his hometown Bills, NFL Network reported Tuesday.

The 31-year-old Gronkowski ultimately landed back in Tampa Bay on a one-year, $10 million deal for a shot to win another Super Bowl with Tom Brady. After briefly retiring following his career with the Patriots and Brady, Gronkowski came back last season to catch 45 passes for 623 yards and seven touchdowns — and then two more scores in the Super Bowl win over the Chiefs.

While Gronkowski said recently on the “10 Questions with Kyle Brandt” podcast that he wanted to be back with the Buccaneers, he added that he wanted to “dip my toes” into the free-agency process. It nearly took him back home.

Gronkowski was born in Amherst, N.Y., a suburb of Buffalo, and played at Williamsville North High School — a 30-minute drive from Bills Stadium.