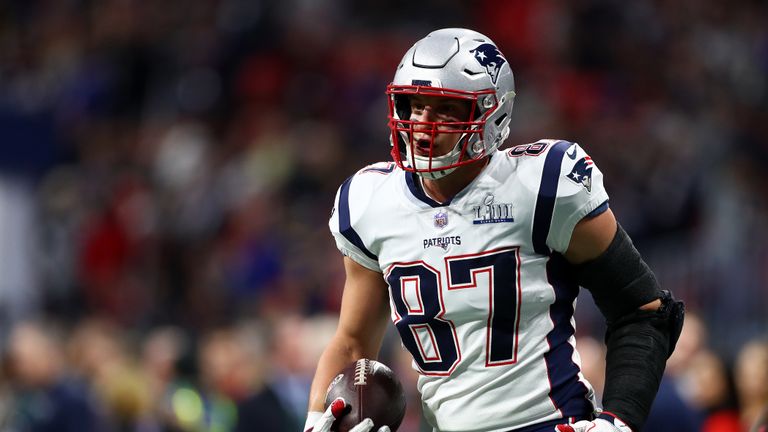 Former NFL star Rob Gronkowski has made a public appearance alongside wrestlers at a WWE community event.

The 29-year-old confirmed his retirement on Sunday and has since been strongly linked with a move to WWE.

He was involved in an angle with Mojo Rawley at WrestleMania 33 and the two remain close friends away from their respective sporting fields.

Both Gronkowski and Rawley – real name Dean Muhtadi – were in attendance at the 37th annual USO Metro DC Annual Awards Dinner in Washington. Braun Strowman and Mickie James were also in attendance.

We’re with @USOMetroDC for their 37th Annual Awards Dinner. Thank you for all that you do for our nation’s troops! @MojoRawleyWWE @MickieJames @BraunStrowman pic.twitter.com/Vm58Sf5yaL

The charity event is not WWE-specific but the company did promote it on their Community Twitter account, leading to speculation among fans that a deal for Gronkowski could be close.