The South American showdown has been rocked with controversy for the past three weeks, with violence shaming Argentina. 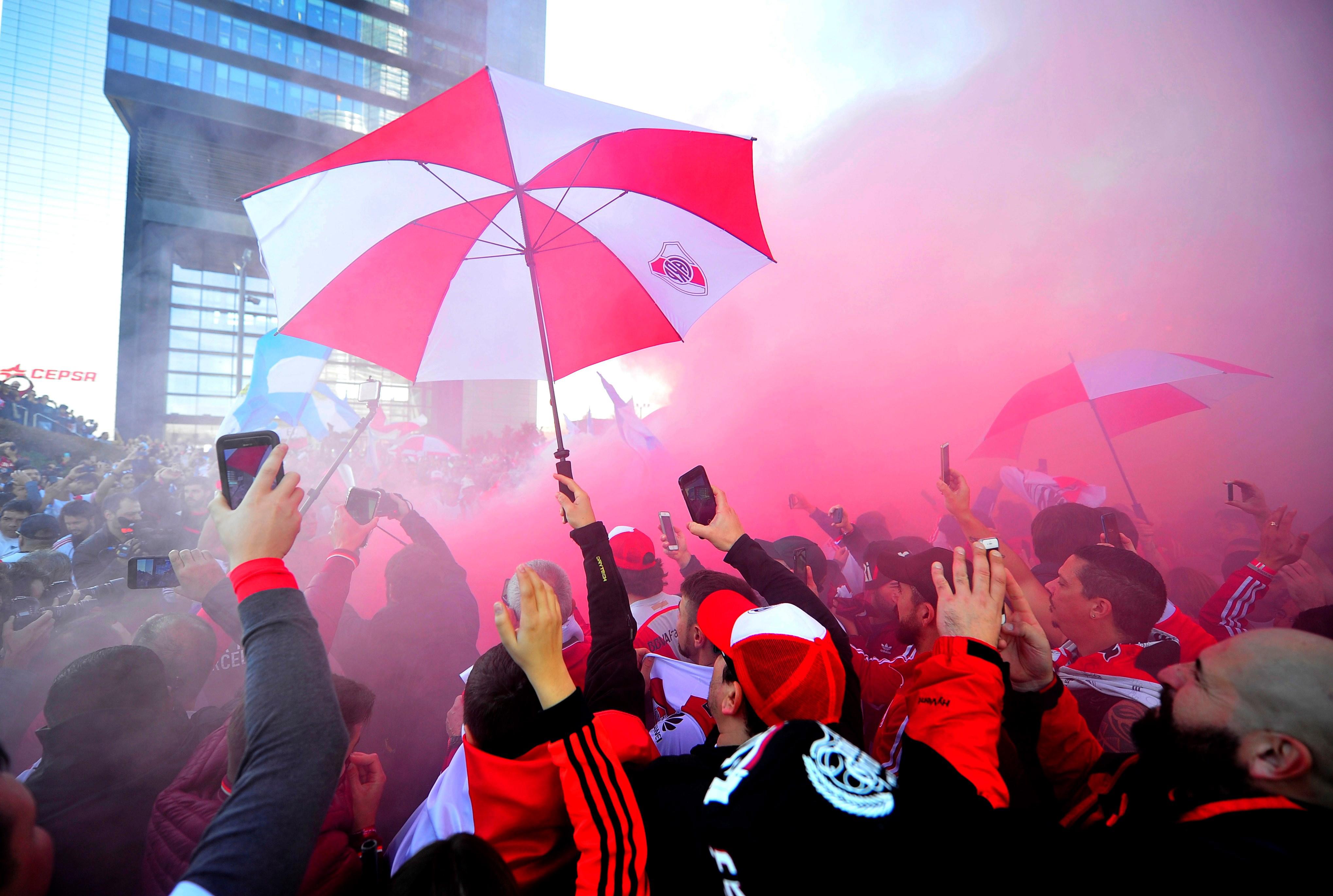 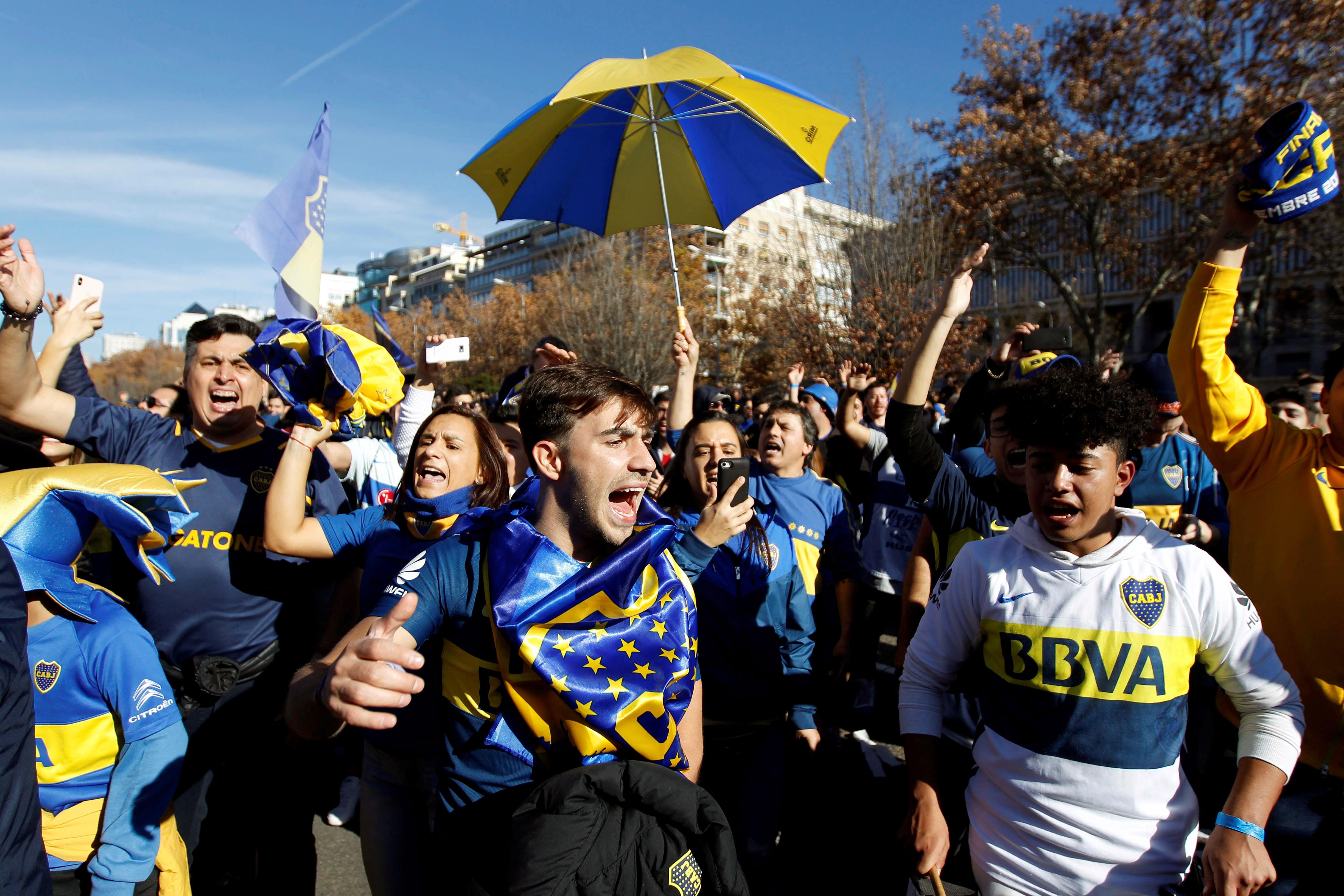 But after being switched to Spain, with fans forking out around £2,000 to get there, the party atmosphere appears to be much more family-friendly.

The second leg of the final was set to be played on November 24 – following a 2-2 draw in the first leg.

But the games was forced to be postponed after River Plate fans attacked Boca's bus with rocks and bottles.

Players were seriously hurt and even struggled to breathe due to the police's use of tear gas. 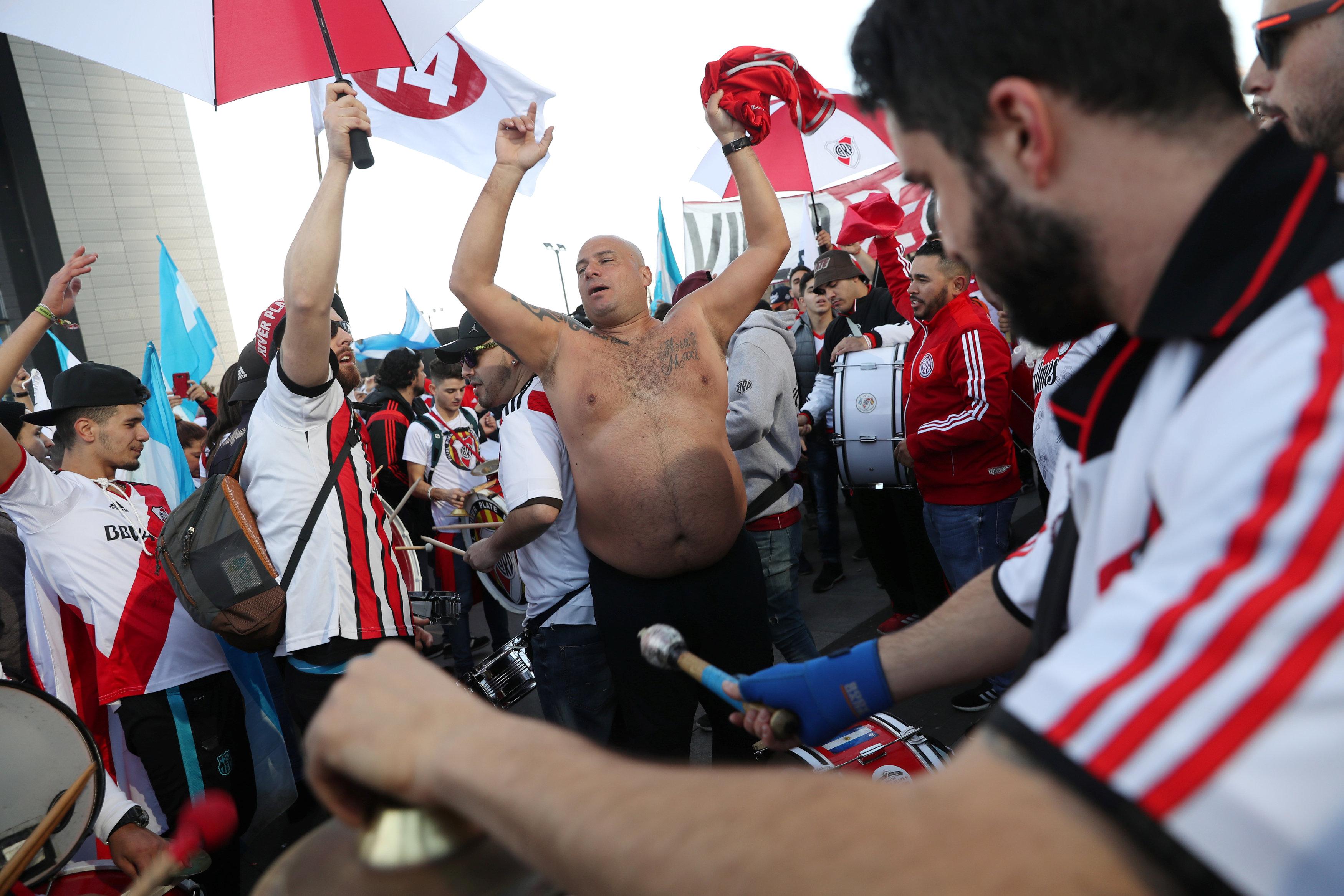 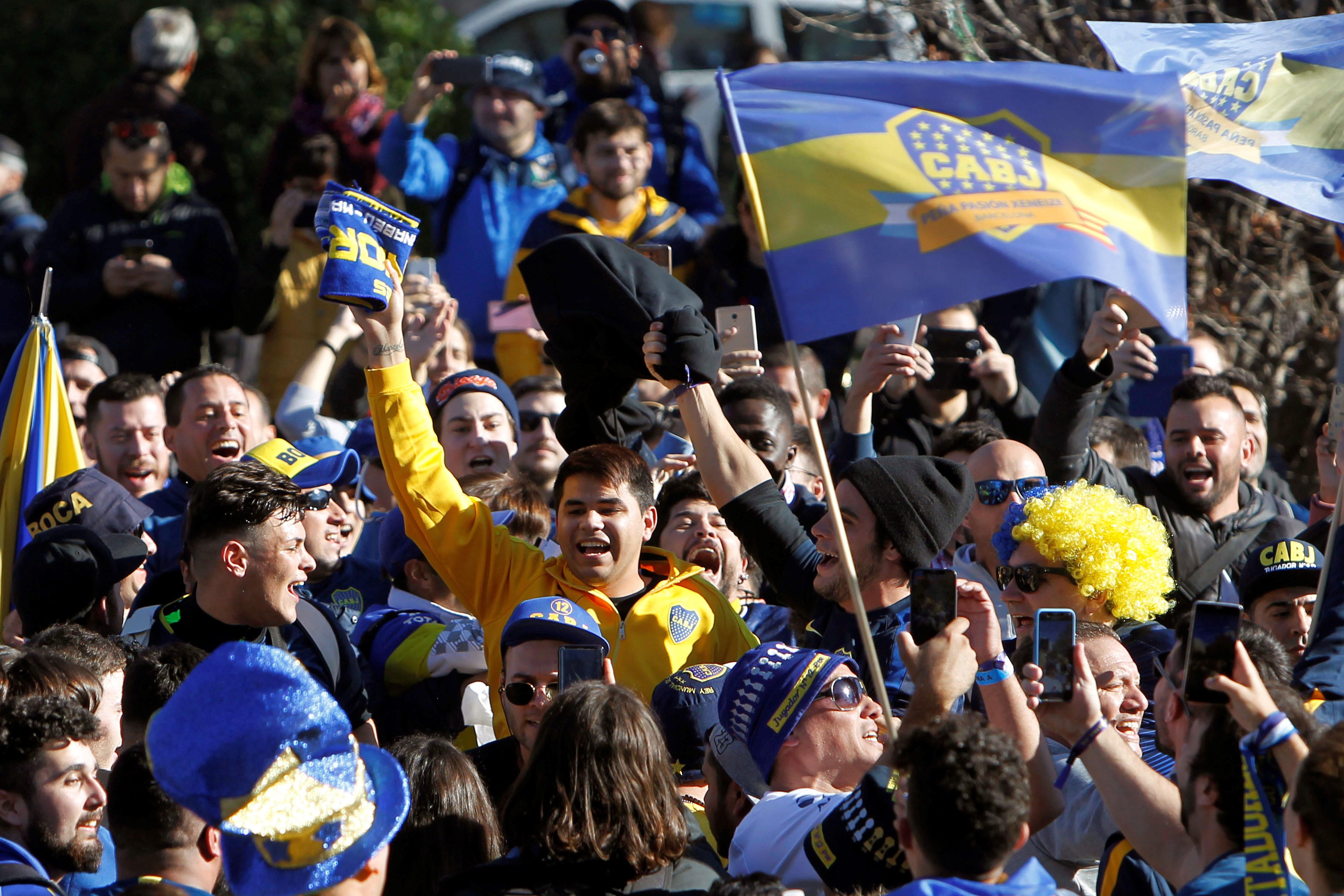 Expecting more violent scenes, 4,000 security personnel were deployed in Madrid to ensure the pre-game antics go off without a hitch.

And supporters were loving the carnival atmosphere, waving scarves and flags, while some lit flares in their team's colours.

Officials of both clubs – as well as Madrid police – will be hoping to atmosphere remains friendly for the remainder of the weekend.

After all, River Plate fans have been caught acting abhorrently back on home soil. 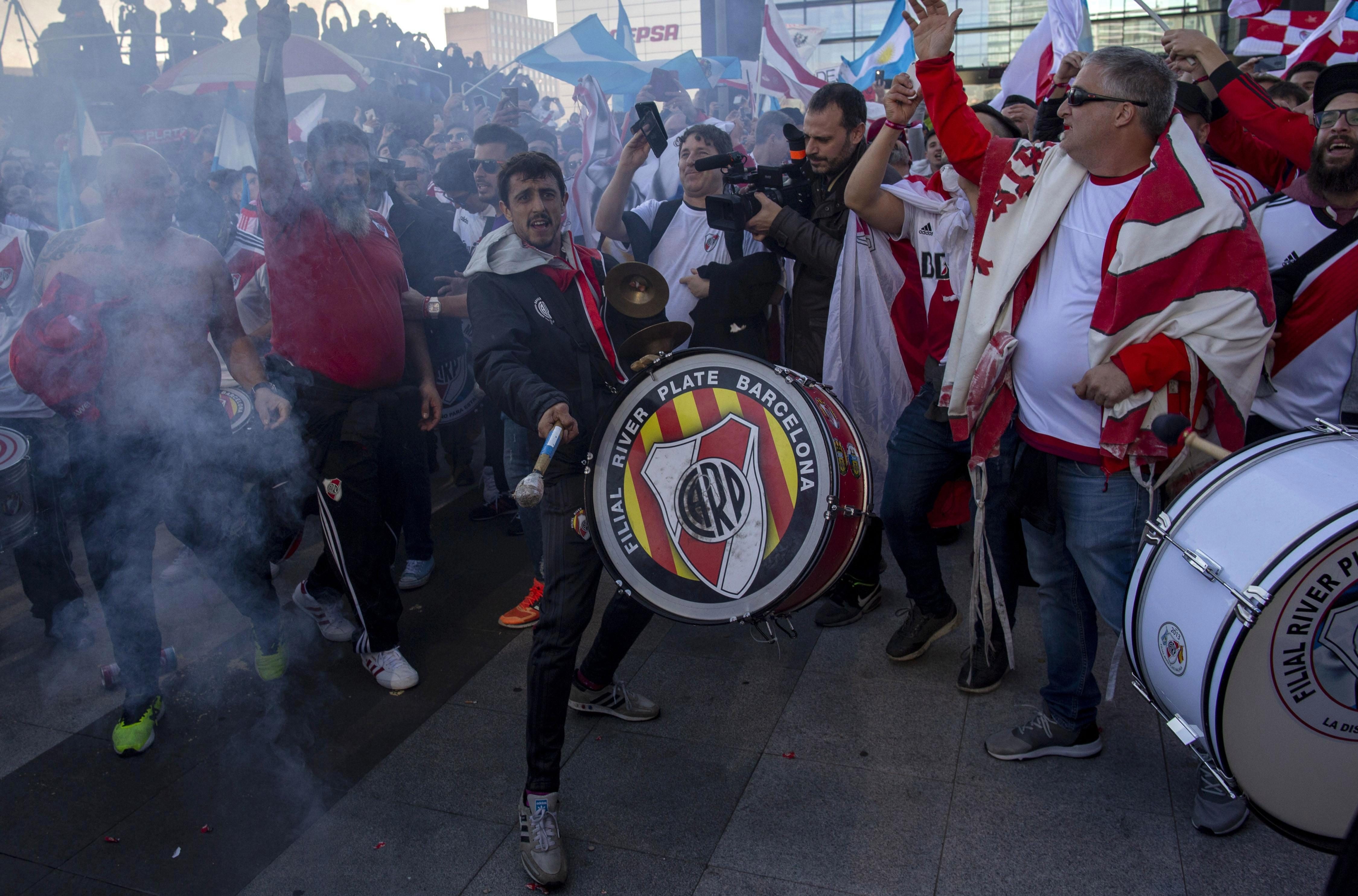 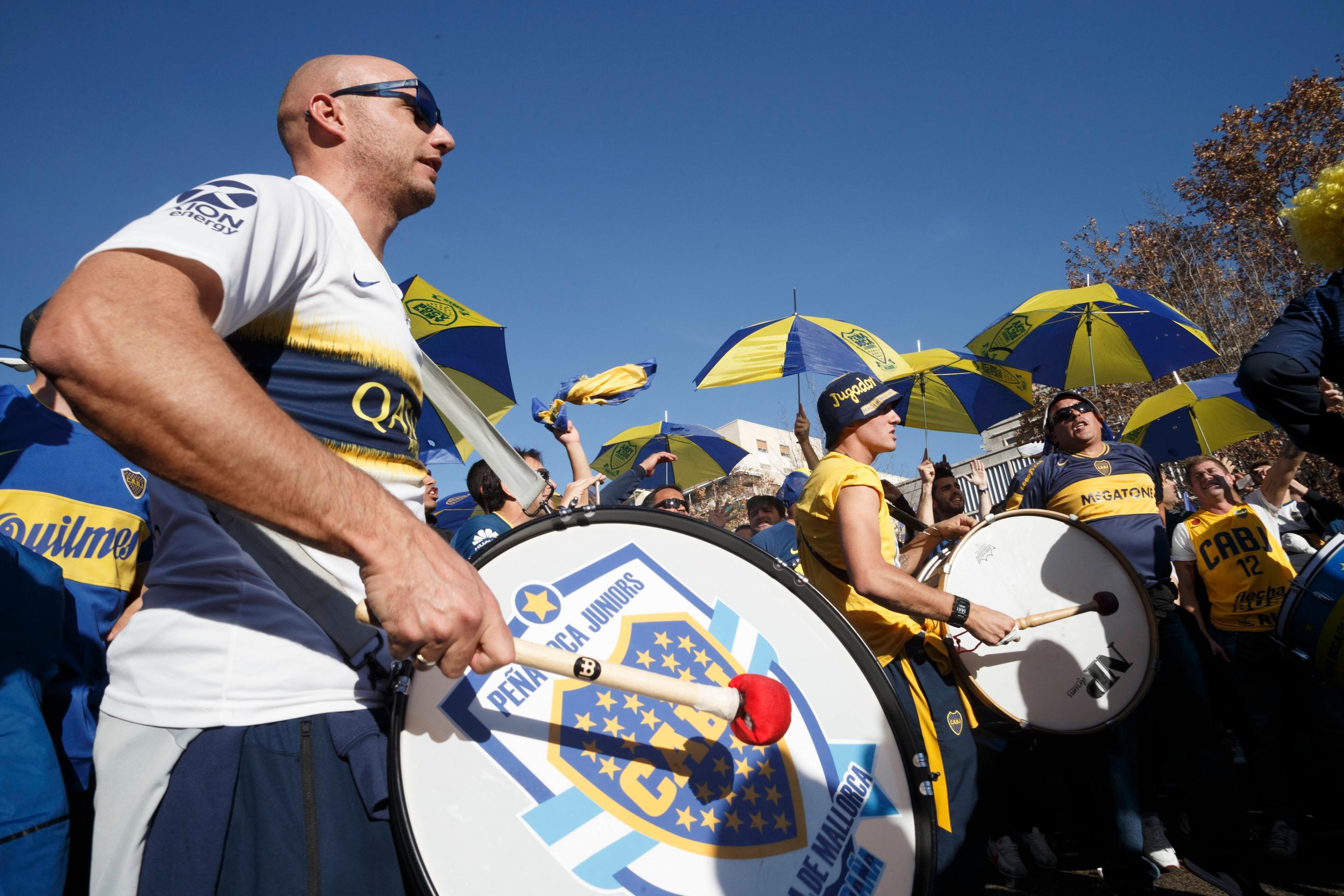 As well as attacking Boca's team bus, a River-supporting woman was arrested for strapping flares to her son's chest in a bid to sneak them into the stadium.

River fans were also filmed brutally kicking and beating a pig dressed in Boca colours in a sickening stunt.

But today the scenes were much more reminiscent of Boca's farewell party – as fans flocked to the streets to bid their heroes farewell.