Home » Sport » Rikki Clarke: Surrey all-rounder to retire at the end of the season after 20-year career

Rikki Clarke: Surrey all-rounder to retire at the end of the season after 20-year career 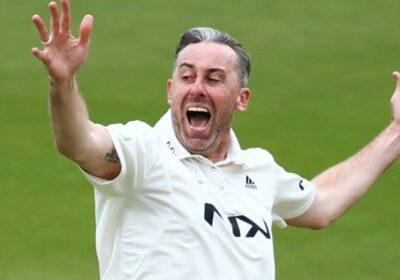 Surrey all-rounder Rikki Clarke has announced that he is to retire at the end of the season after a 20-year career.

The 39-year-old also lifted the County Championship trophy during a spell with Warwickshire, while he also captained Derbyshire.

“When I started as a professional back in 2000, I could have only dreamt of the career that was to follow,” Clarke said. “Making my List A debut in 2001 and first-class debut in 2002 started my long journey in the professional game.

“A particular highlight of mine will always be my ODI and Test debuts in 2003. To represent my country 22 times can never be taken away and they’re memories that I will look back on with immense pride.

“Of course I would have loved to have played more but it just wasn’t meant to be.

“I have played with and against some amazing cricketers throughout my 22 seasons and, among them, made some friends for life. To Surrey and Warwickshire, I thank you for the amazing times and the success that I was able to experience while wearing your badges.

“I feel very fortunate to have been a part of successful teams and to win all domestic trophies 2/3 times over. And to Derbyshire, I thank you for the opportunity to captain an amazing county and I only wish things could have turned out
differently.”