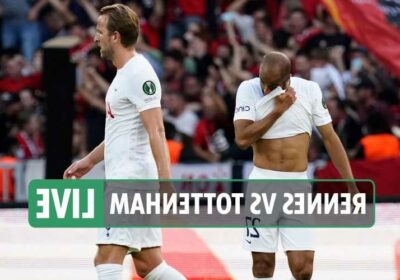 TOTTENHAM had to come from behind to salvage a draw against Rennes in their Europa Conference League opener.

An own goal from Loic Bade had put Spurs infront early, before the French side stormed back through Fabien Tait and Gaetan Laborde.

But Pierre-Emile Hojbjerg was on hand to equalise late on and give Nuno Santo's side a deserved point.

Follow ALL the reaction with our live blog below…