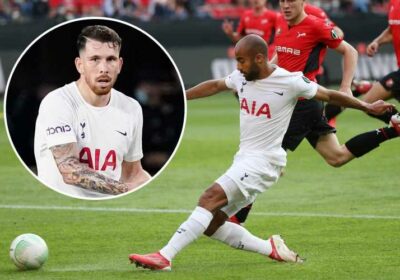 NUNO ESPIRITO SANTO had told Tottenham to forget about the past, but in the end it was the same old story.

The new Spurs boss saw his stars make the same mistakes they did under their predecessor Jose Mourinho as once again they failed to impress on the road in Europe. 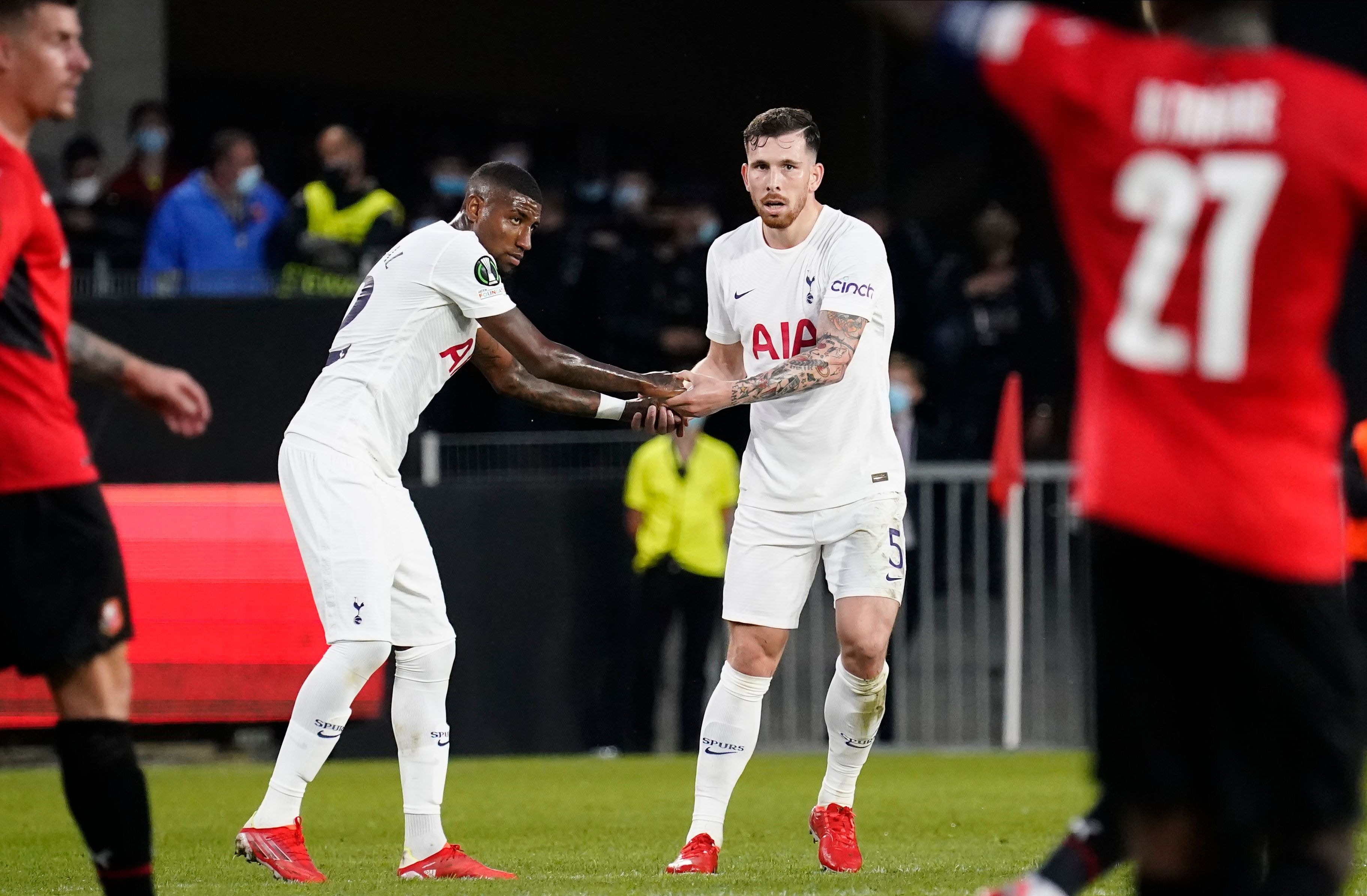 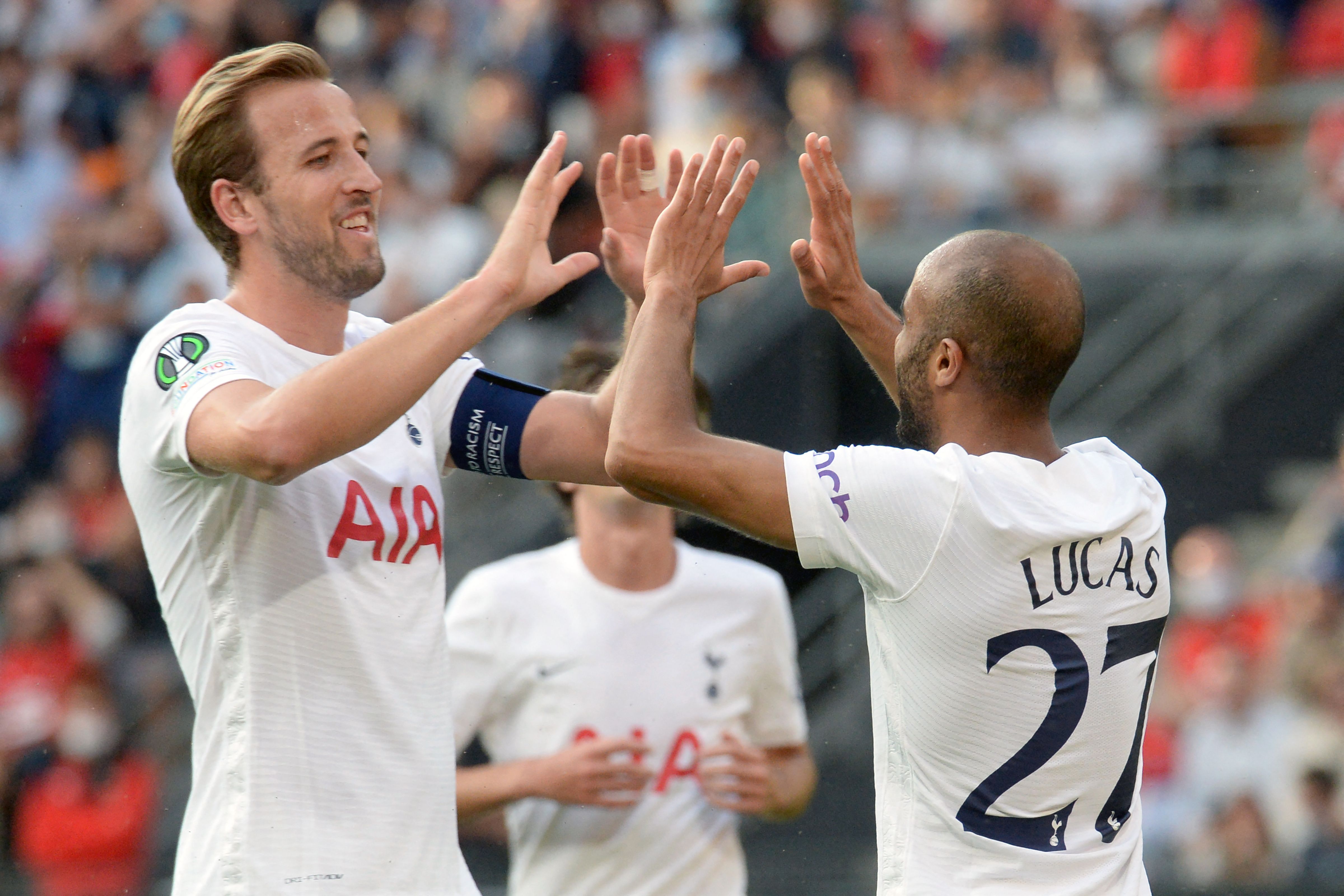 In the end it took a late equaliser from Pierre-Emile Hojbjerg for the North Londoners to plunder a point in their Conference League group opener away to a team that have only won one of their five French top-flight matches this term.

It may have been a hard-fought draw – especially given the circumstances of so many injuries and absentees – but it was far from convincing.

But the 150 travelling Spurs who had battled Covid restrictions and filled him forms galore to be inside the Roazhon Park and the thousands more watching on TVs back home, like the rest of us had seen it all before.

There is certainly nothing new about watching a Tottenham team away in Europe struggle against  supposedly inferior opponents who roared on by a vociferous home crowd, raise their game in a bid to upset one of the glamour clubs from the English Premier League.

Last night here in Brittany they managed to get away with it, but only just.

And with Rennes reputed to be their toughest rivals in Group G this could well turn out to be a decent point. But a decent performance it was not. 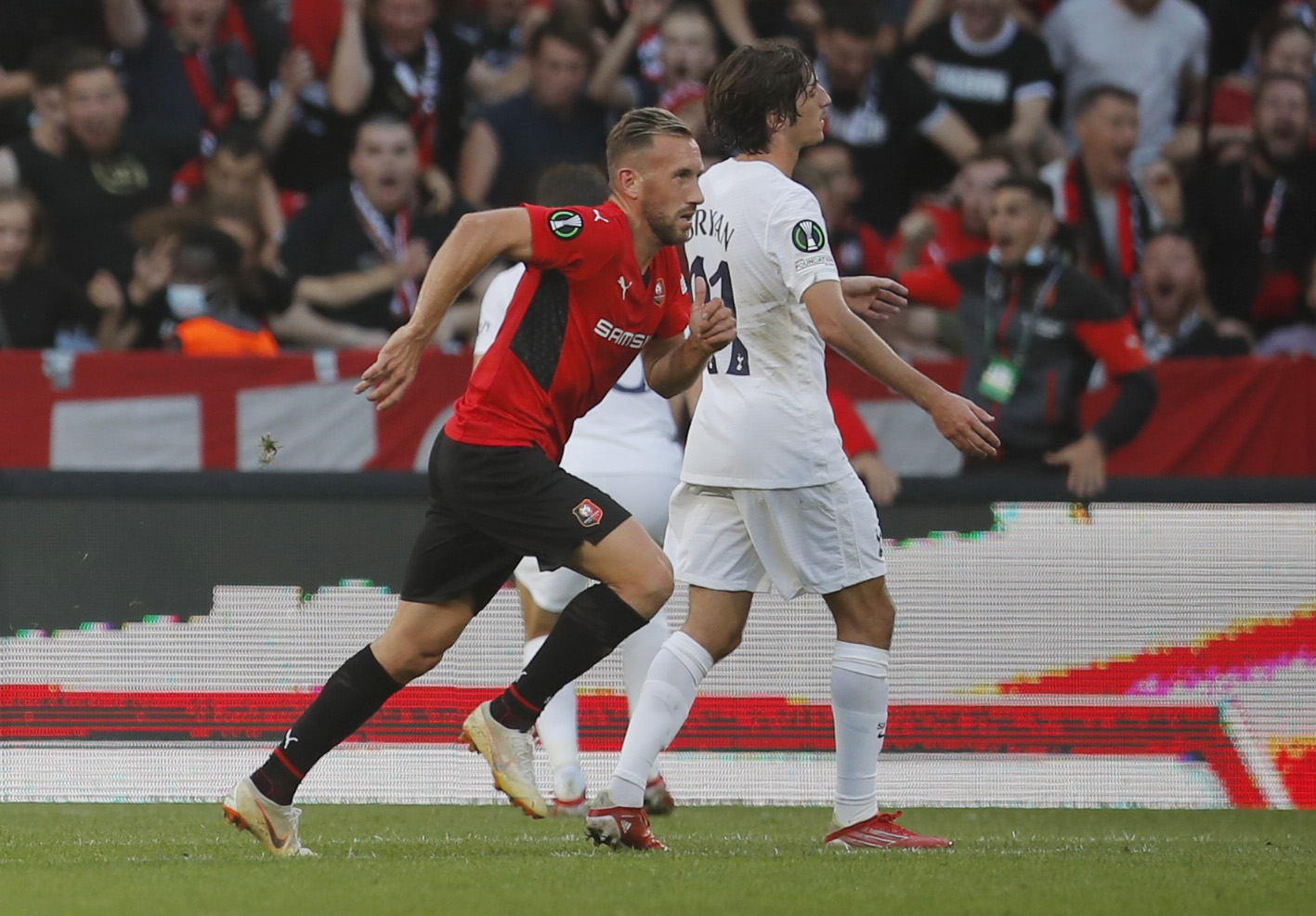 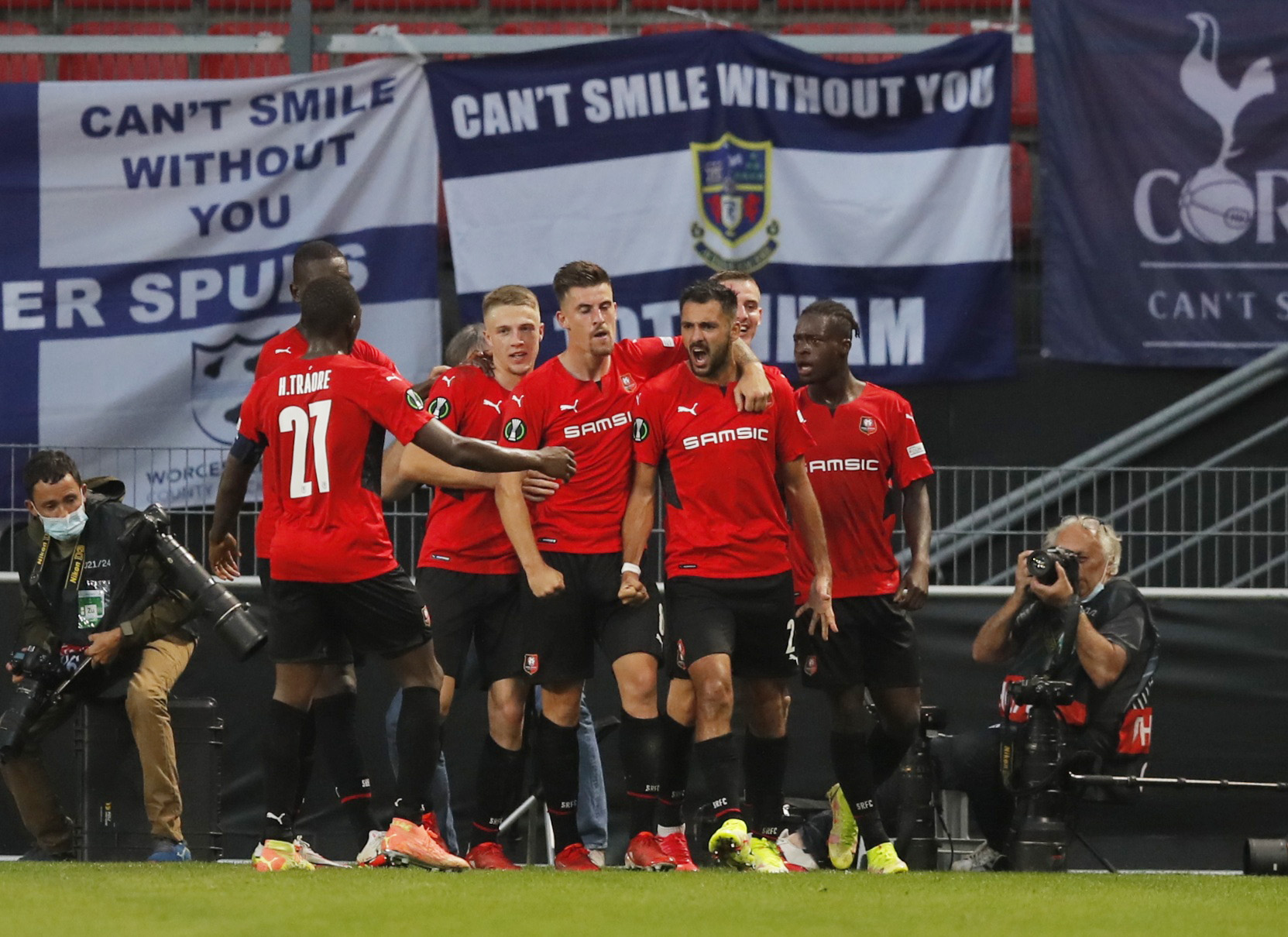 Tottenham are going to have to produce much better if they are going to live up to their billing as one of the favourites to be the inaugural winners of this competition.

Tanguy Ndombele was handed his first appearance of the season and his first start since April 21 – as he was reunited with Rennes coach Bruno Genesio, a man he played under at Lyon.

Tottenham’s record £65m buy, who has been frozen out by Nuno, gave us a reminder of what he can produce when he puts his mind to it as his clever backheel started the move which resulted in Rennes defender Loic Bade turning Lucas Moura’s cross into his own net to put the Londoners ahead in the 11th minute. 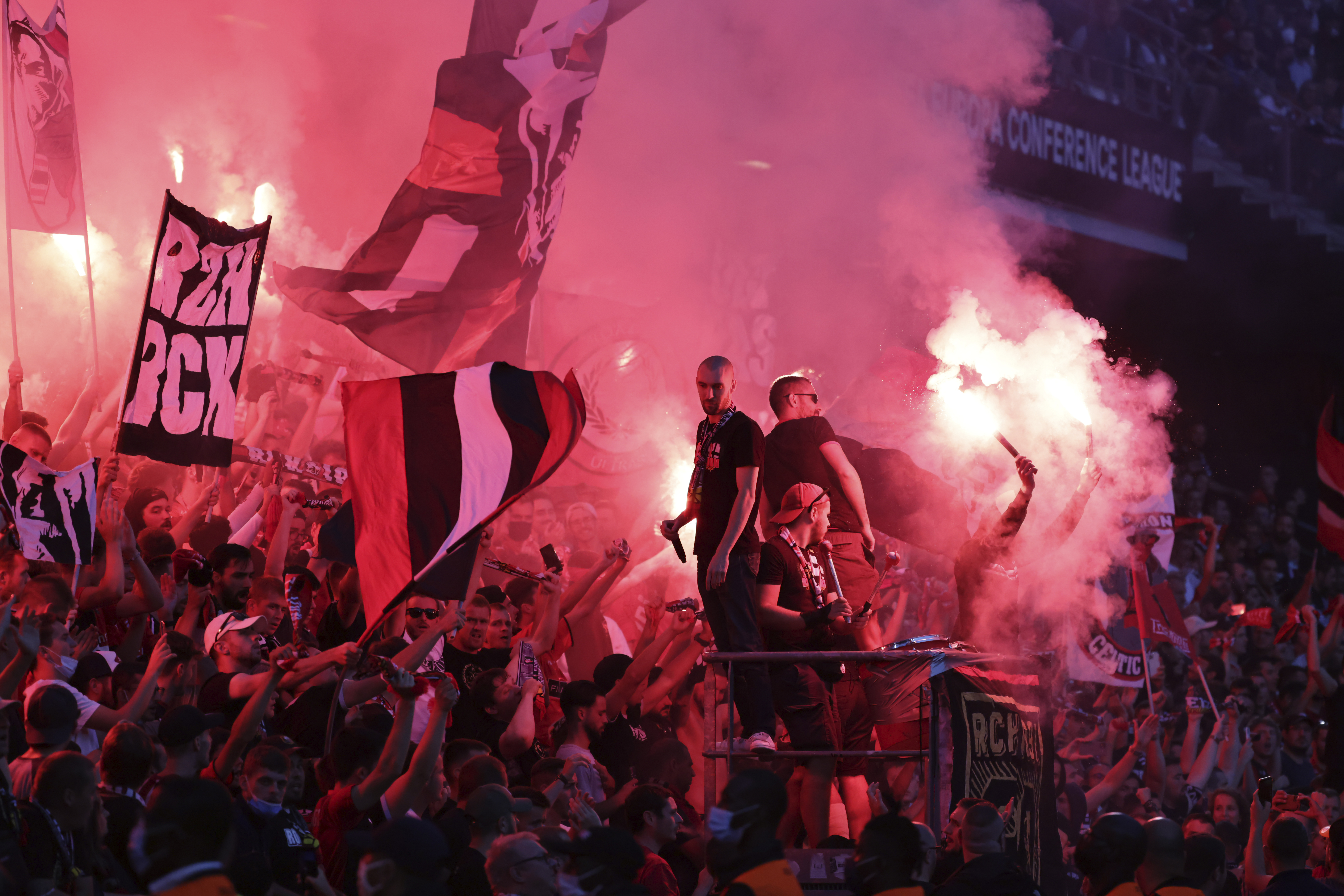 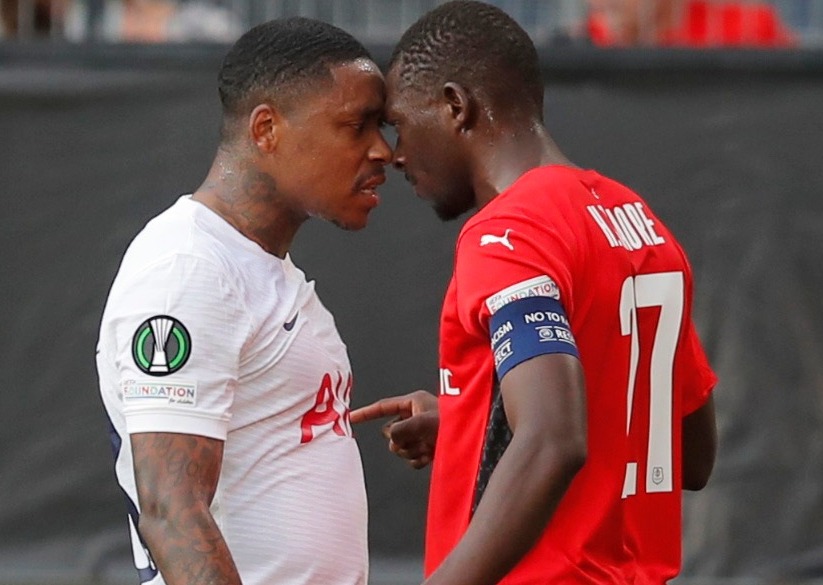 The Ligue Un side should have been level eight minutes later but left-back Adrien Truffert headed a rebound over an unguarded net after Pierluigi Gollini had done well to beat away Benjamin Bourigeaud’s powerful drive.

But there was nothing the Italian stopper could do to keep out Flavien Tait’s low curling shot from the edge of the box, following a one-two with Serhou Gerassy, which made it 1-1 in the 23rd minute.

Worse was to follow for the visitors when Steven Bergwijn, making his first appearance since hurting his ankle playing for the Netherlands in the last international break, limped off injured on the half hour mark to be replaced by Hojbjerg. 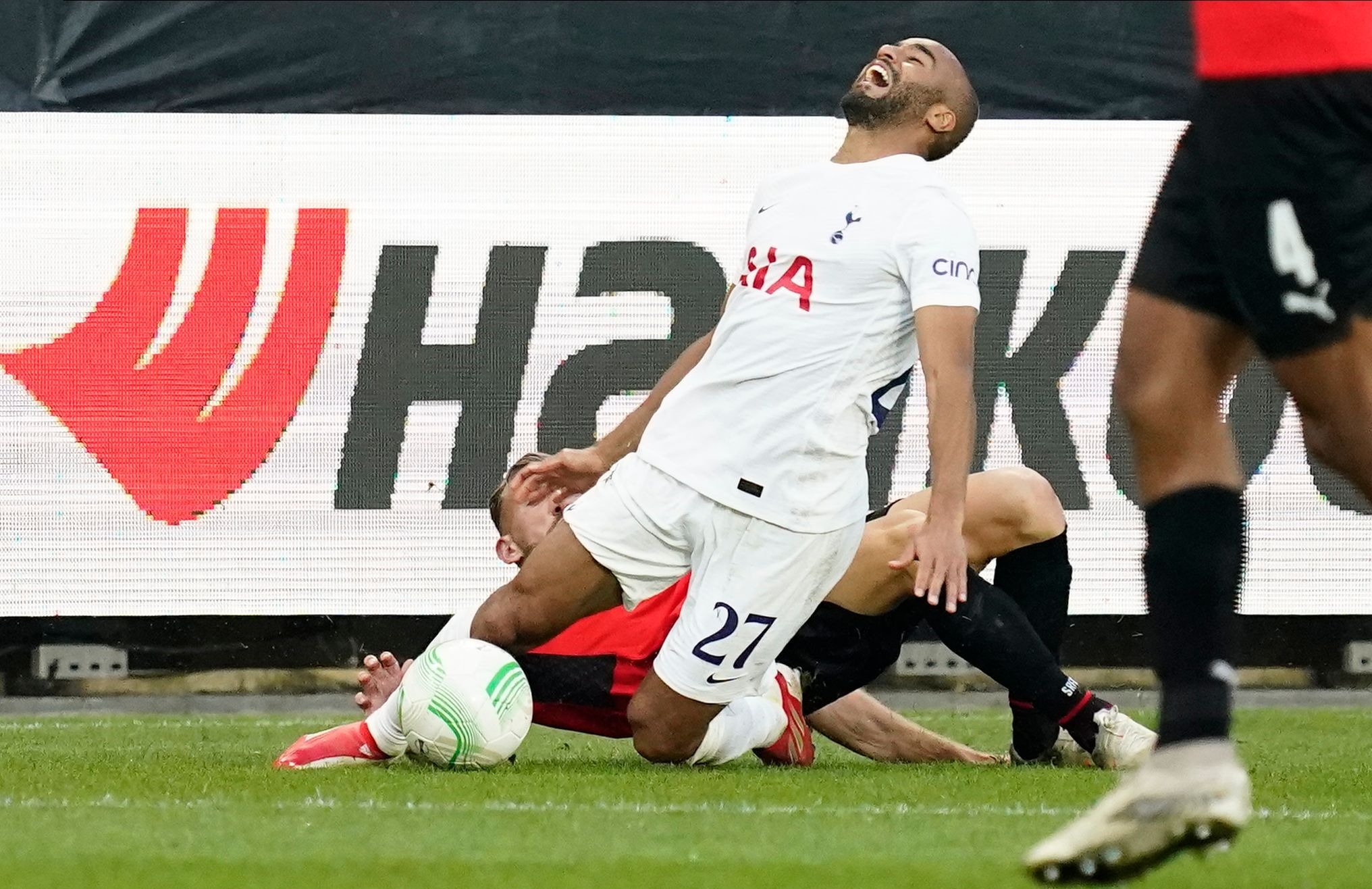 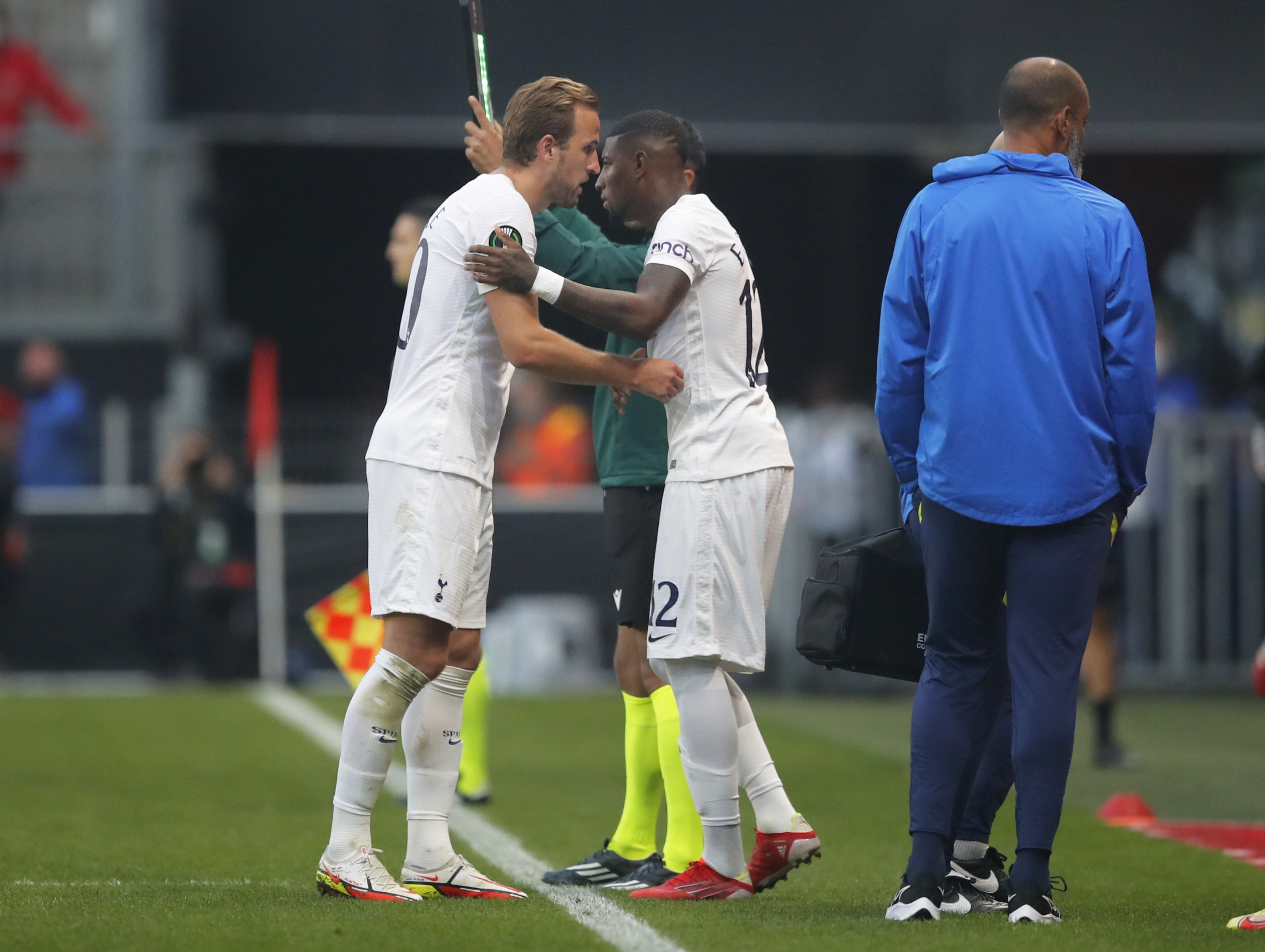 He was then followed down the tunnel 10 minutes after the break by Moura, who looked as though he had also picked up a knock, and Harry Kane, who was taken off in case he collected one.

With both teams struggling to keep hold of the ball, Rennes looked to have clinched the win when Gaetan Laborde made it 2-1 with a 72nd tap-in after Gollini could only parry Kalmaldeen Sulemana’s shot.

But Spurs, to their credit refused to throw in the towel and Hojbjerg made amends for an earlier miss with a neat finish four minutes after Matt Doherty’s deflected cross had left the home defence flat-footed.