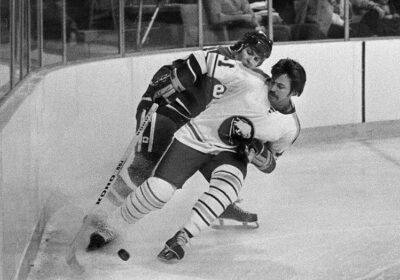 Rene Robert, a Buffalo Sabres legend who was part of the team’s “French Connection,” one of the most productive lines in NHL history during the 1970s, died Tuesday. He was 72.

“It is with heavy hearts that we announce the passing of adored Sabres alumnus Rene Robert,” the team announced in a statement. “The entire Sabres organization and Western New York community are praying for the Robert family and cherishing the memories he created in Buffalo.” 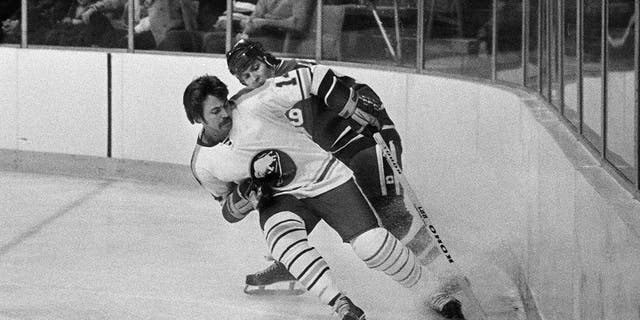 Robert joined the Sabres following a trade with the Pittsburgh Penguins on March 4, 1972. He was the final piece of what would become the team’s iconic “French Connection” forward line, named from their French-Canadians roots and the Academy Award-winning film “The French Connection,” released in 1971, reports said.

“When they made that trade to get Rene, everything did click right away,” Perreault said. “We really did enjoy the game very much together. We knew where we were on the ice and making all kind of plays. Rene had a great shot, and a great vision for the game. Same thing with `Rico.’” 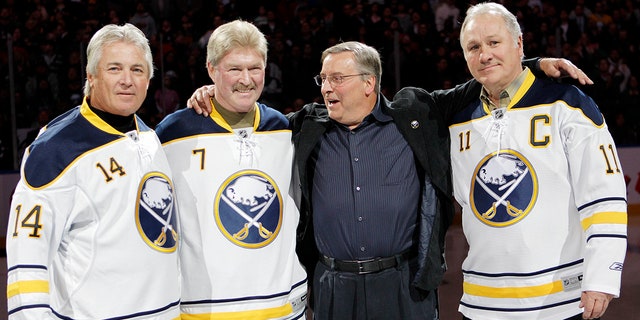 In a statement released by the team, Sabres owner Terry Pegula said he and his wife Kim were saddened by the “devastating news of Rene Robert’s passing.”

“When we first took over as owners, the members of The French Connection were three of the first people to welcome us to the organization. During our time with the team, Rene has been one of the most active alumni and we’ve grown to know him well over the past 10 years. He was a friend to us and to the entire organization and will be missed dearly. Our thoughts and prayers are with Rene’s family during this difficult time,” he said.

Robert would spend parts of eight seasons in Buffalo, netting 222 goals and 552 points in 524 regular-season games.

He shined in the playoffs, amassing 22 goals in 47 postseason games with the Sabres. He was the first person to score an overtime goal in team history during Game 5 of Buffalo’s first-round series against the Montreal Canadiens on April 10, 1973, reports said.

Four of his goals were game-winners, including an overtime clincher to seal Buffalo’s 5-4 victory over the defending champion Philadelphia Flyers in Game 3 of the 1975 Stanley Cup Final. Philadelphia would win the series 4–2.

“When you look back over the history of this team, if you had to go into a game in overtime and say it’s predicated on, ‘Whoever scores the first goal, that’s it, [the] game’s over, you win the Stanley Cup. Buffalo, who do you want on the ice?’ Well, I can think of many players,” former Sabres defenseman and longtime broadcaster Mike Robitaille said, according to Sabres.com.

“I would really have to give a lot of thought to putting Rene Robert on the ice,” Robitaille continued. “The bigger the game, the bigger the goal. He had a penchant for that. It wasn’t luck. He was good.”

Of the “French Connection” line, Perreault was the only member to be inducted into the Hockey Hall of Fame, though all three are in Buffalo’s Hall of Fame and their numbers have been retired by the Sabres.

Perreault is now the last living member of the line after Martin died in March 2011.