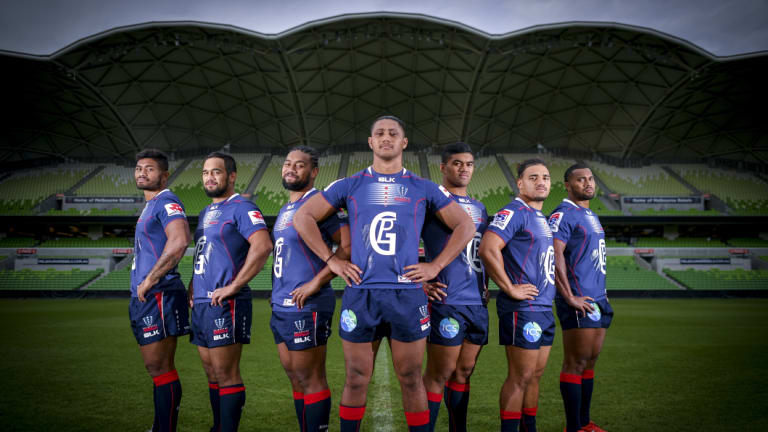 Melbourne Rebels and Melbourne Storm will be keep a keen eye on developments as the state government considers whether to fund a rectangular stadium in Dandenong.

A-League bid Team 11 want the venue built as part of their pitch to be the next expansion side, with their proposed stadium next to Dandenong station. The City of Greater Dandenong and City of Casey are both supporting of the bid.

A rectangular stadium could also cater to sports like rugby league and union and with a strong following in the south-eastern suburbs that could see Super Rugby's Rebels and the NRL's Storm consider playing some games at the venue.

Media reports earlier said the government and Team 11 officials would meet this week to discuss funding for the proposed stadium, with the team believed to be in prime position to become the newest A-League side if funding comes.

The Storm and Rebels are both based at AAMI Park with the location, accessibility and design of the venue popular with both fan bases. The Storm have a long-term lease at the venue.

But if there is a stadium at Dandenong both clubs admitted they would at least look into it – the Rebels at whether it could host a pre-season or regular season game while it's understood the Storm would only consider a pre-season hit-out.

We would love to have a presence there if that is possible.

"I must admit I haven't looked too much at it size-wise or plan-wise but fundamentally we would absolutely be interested in having a good look," Stephenson said.

"We have a regional strategy, we want to grow the game and expose the game to different markets and areas other than the traditional one in the inner-east of the city.

"We went to Ballarat and Geelong this year and did some stuff at Bendigo, so Dandenong would be a really key area for us. We would love to have a presence there if that is possible."

The Rebels also have a team in the Super W competition and the Melbourne Rising in the third-tier National Rugby Championship, with both those sides currently playing home games at suburban or regional grounds.

The Storm wouldn’t comment on the proposed stadium due to their AAMI Park agreement although it is worth noting they have a strong support in the region. Hallam Senior College also has a rugby league development program, so that could open the possibility of future pre-season games.

"It's really quite interested to see how it is progressing," Stephenson said.

"AAMI Park has shown that rectangular stadiums can really engage with the community, especially if it is multi-purpose and has a variety of sports playing on it – that would be great for the facility and for the community."

The Rebels also announced on Thursday they have re-signed Victorian-raised prop Fereti Sa'aga until the end of 2022.