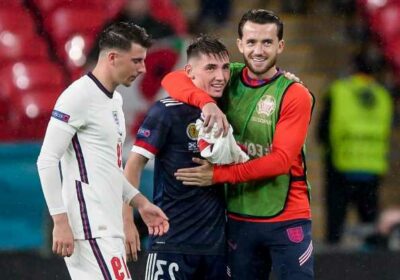 MASON MOUNT and Ben Chilwell have been forced to self-isolate due to a lengthy chat in the Wembley tunnel with Billy Gilmour.

England’s Euro 2020 plans were plunged into chaos yesterday when it emerged Scotland star Billy Gilmour had tested positive for Covid-19. 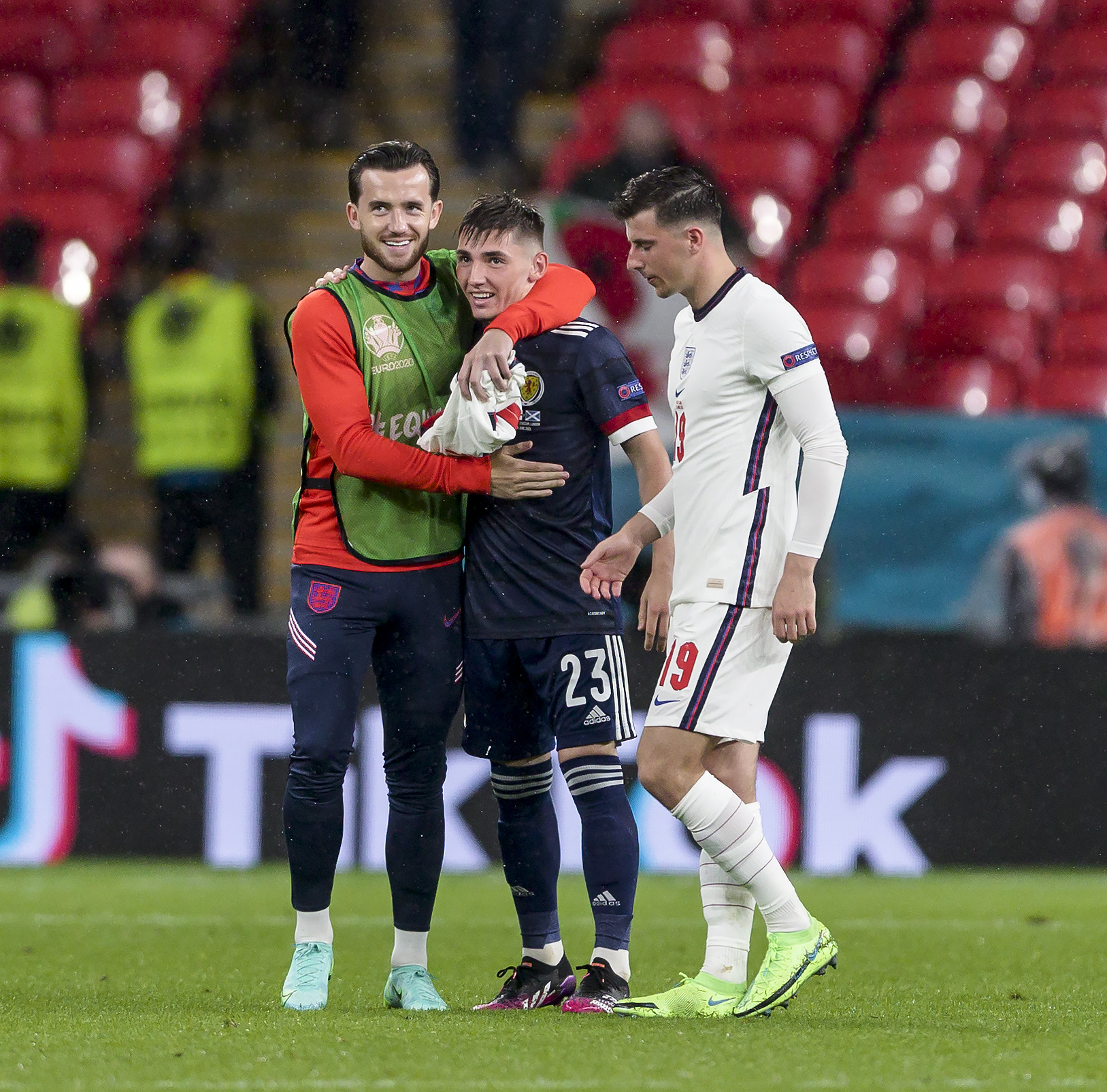 That ruled the midfielder, 20, out of his country’s must-win Group D clash with Croatia tonight.

He was seen after the final whistle of Friday’s goalless draw with the Three Lions hugging and embracing his Chelsea teammates Mount and Chilwell on the pitch at Wembley.

However, The Mirror claims that is not the reason that the England pair have now also been put into self-isolation and are at risk of missing out on the game with Czech Republic later.

They claim the trio were spotted having a 25 minute chat inside the tunnel following the game between the Auld Enemies.

Public Health England and Uefa could now determine that as being in ‘close contact’ – which would mean Mount and Chilwell will have to self-isolate for ten days.

That means they would also miss a potential last-16 tie as well as the Czech clash.

England boss Southgate has already had his plans disrupted by injuries to Harry Maguire and Jordan Henderson, plus the withdrawals of Dean Henderson and Trent Alexander-Arnold.

And now this latest blow keeps him in the dark over whether he will have Mount and Chilwell available and seriously disrupts his preparation for the shoot-out to determine who wins the group.

Southgate said yesterday: “It would be something to do with chatting after the game but I have no idea of all the detail.

“That’s why we’ve taken the decision at this point to isolate them.

“That’s why we’re having to have the discussions with Public Health England, as I understand it, and I’m sure we will update you as soon as we know more.

“But the ins and outs of what would classify as being contact – they are the discussions that are ongoing.”

He added: “My biggest hope is for the two boys – that they’re not going to miss 10 days of a European Championship.

“That would be a massive blow for us, but for them as well. We just have to see how it plays out.”

Borussia Dortmund midfielder Jude Bellingham is likely to start in place of Mount should the Blues ace be ruled out.

Chilwell is yet to start at the tournament so far with Kieran Trippier and Luke Shaw playing in the first two matches.England, who are already assured of their place in the last-16, will overtake leaders Czech Republic with victory in London.