Rafiq credited for encouraging thousands to speak up over racism 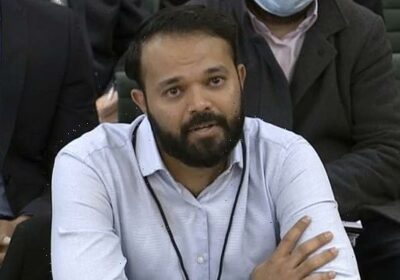 New storm coming for ‘institutionally racist’ cricket: ‘Inspired by Azeem Rafiq’s bravery’, over 1,000 people step forward with stories of race, gender and disability discrimination in just ONE WEEK since a call for evidence

Azeem Rafiq’s bravery in speaking out against racism has been credited for encouraging more than 1,000 people coming forward with their own experiences of discrimination.

The Independent Commission for Equity in Cricket began an open call for evidence last week and has been inundated with online survey submissions since from individuals who have been subjected to prejudice on grounds of race, gender or disability.

Chaired by Cindy Butts, a member of the Kick It Out board and a former deputy chair of the Metropolitan Police Authority, ICEC is exploring the lack of progression of black and Asian players across talent pathways and the professional game as well as scrutinising the leadership of the England and Wales Cricket Board when it comes to matters of equity. 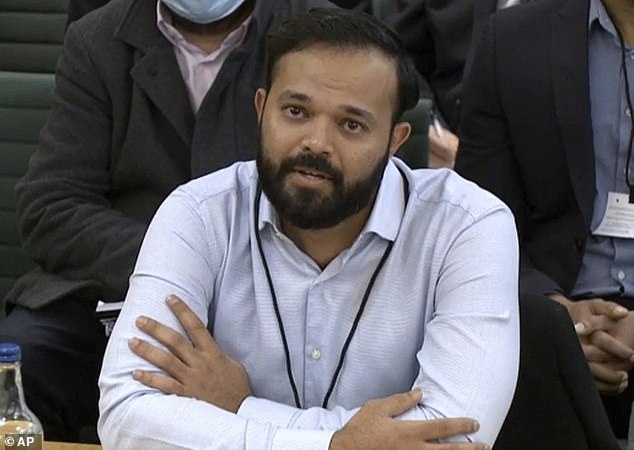 ‘Since launching part one of our call for evidence last week, over one thousand people have already come forward to share their experiences with us,’ Butts said.

‘It is crucial people across the game, many likely inspired by Azeem’s bravery, have the chance to be heard.

‘As an independent body established to examine the state of equity in cricket we will go where the evidence takes us. We continue to urge anyone who has experienced discrimination to respond to our call.’

Allegations of overt discrimination will be escalated by ICEC to the governing body and to individual clubs where appropriate.

Rafiq fought back tears on Tuesday as MPs heard bombshell allegations of institutional racism at the heart of the English game.

In a devastating 90-minute testimony to a Commons committee, Rafiq recalled his ‘inhuman’ treatment at Yorkshire County Cricket Club and accused senior players of racist bullying.

The 30-year-old former bowler said the word P*** was ‘used constantly’ in his time on the Yorkshire first team – and that racism continues to be rife in county teams across the country.

At one point the hearing had to be halted as Rafiq broke down in tears describing his treatment after he lost his unborn child, with a senior official ‘ripping the shreds’ off him instead of offering support. 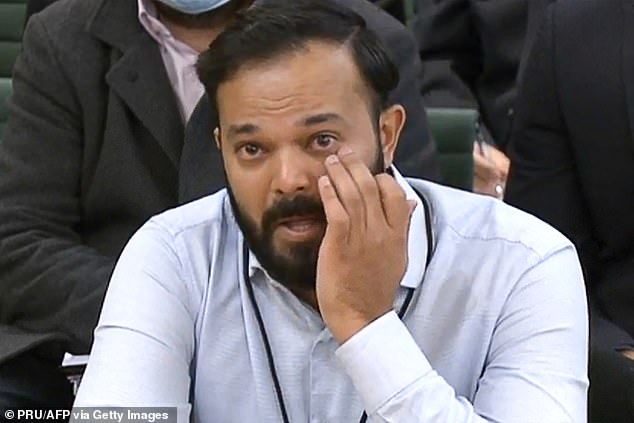 The spin bowler told the Digital, Culture, Media and Sport Committee that racism was rife at Yorkshire and no one in leadership challenged it 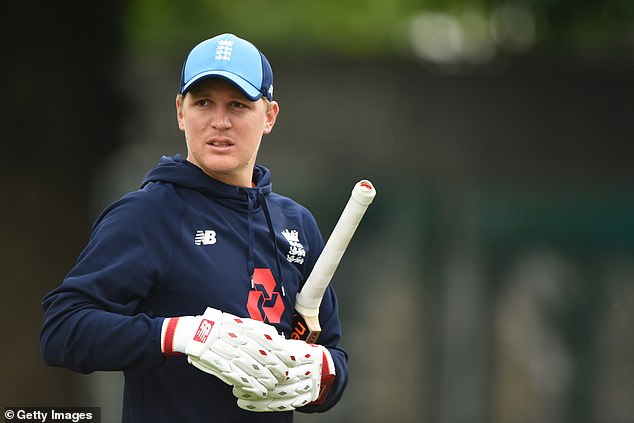 Rafiq said racism had seeped into the England dressing room, where it was an ‘open secret’ that the England and Yorkshire player Gary Ballance (pictured) used the word ‘Kevin’ as a derogatory word for black and Asian players, an allegation Ballance has denied 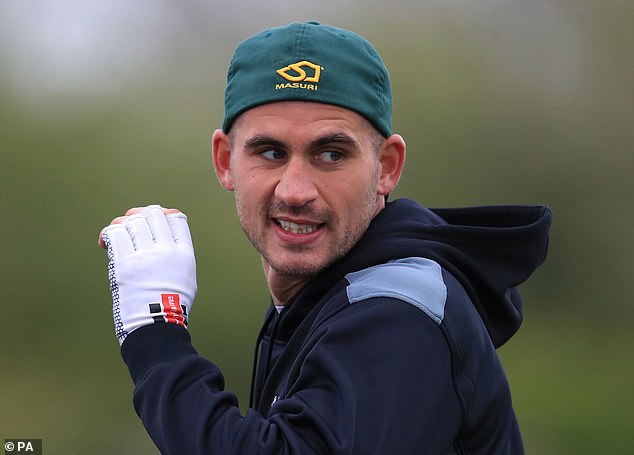 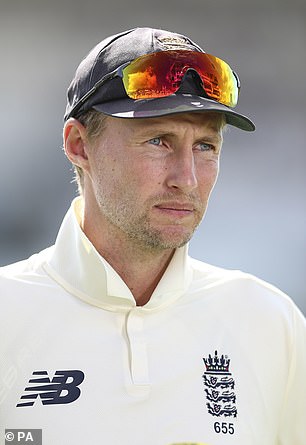 Rafiq also criticised other players not directly involved in racist behaviour for failing to recognise the damaging culture and doing nothing to stamp it out. They included England test captain Joe Root (pictured) – described by Rafiq as ‘a good man’ – who was present when racist slurs were made

The cricketer was giving evidence to MPs on the digital, culture, media and sport committee after a report earlier this year found he was a victim of ‘racial harassment and bullying’ but the club said they would not discipline anyone. The remarks have also been dismissed by other players as ‘banter’.

In his highly emotional account Rafiq said he had lost his career to racism after making an official complaint about bullying, but hoped that by speaking out he could change the game.

He said the word ‘P***’ was ‘used constantly’ and Asian players were told to sit ‘near the toilets’ and referred to as ‘elephant washers’.

He told how, aged 15 and a practising Muslim, he was ‘pinned down’ and had red wine poured down his throat by a senior player at his local cricket club.

And he said racism had seeped into the England dressing room, where it was an ‘open secret’ that the England and Yorkshire player Gary Ballance used the word ‘Kevin’ as a derogatory word for black and Asian players, an allegation Ballance has denied.

He added that England batsman Alex Hales allegedly named his dog Kevin because it was black, something Hales denies.

Rafiq also criticised other players not directly involved in racist behaviour for failing to recognise the damaging culture and doing nothing to stamp it out.

They included England test captain Joe Root – described by Rafiq as ‘a good man’ – who was present when racist slurs were made.

In response to England captain Root saying last week that he did not recognise a racist culture at Yorkshire, Rafiq countered: ‘Rooty is a good man. He never engaged in racist language (but) I found it hurtful because Rooty was Gary’s housemate and had been involved in a lot of the socialising where I was called a “P**i”.

‘It shows how normal it was that even a good man like him doesn’t see it for what it was. It’s not going to affect Joe, but it’s something I remember every day.’ 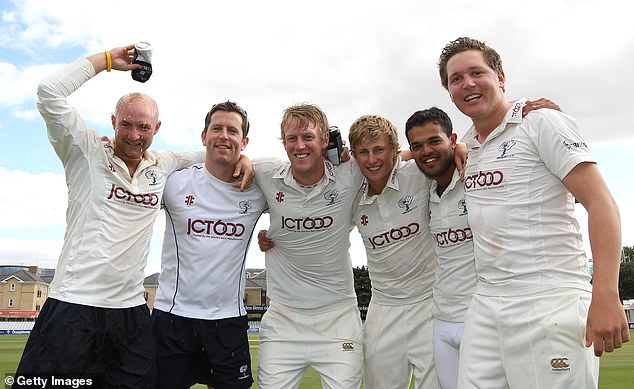 He said problems began with Yorkshire CCC’s hierarchy when he was labelled a troublemaker for complaining about bullying by a teammate. It came to a head in his treatment by cricket director Martyn Moxon during his wife’s difficult pregnancy, which ended in the unborn child dying.

Choking back tears, the father of two said: ‘My first day back after losing my son Martyn Moxon literally got me in a room and ripped the shreds off me. I’ve never seen him speak to anyone like that through my time at the club and I couldn’t believe it.’

Bresnan, who won 23 Test caps, later said: ‘For any part I played in contributing to Azeem Rafiq’s experience of feeling bullied at Yorkshire, I apologise unreservedly.’

Rafiq added: ‘Action is needed now. We are sick and tired of these equity commissions and inquiries. All we are asking for is equality, to be treated fairly, regardless of the colour of our skin or the religion we follow. Just respect as a human race. It’s 2021, we shouldn’t even be having this conversation. 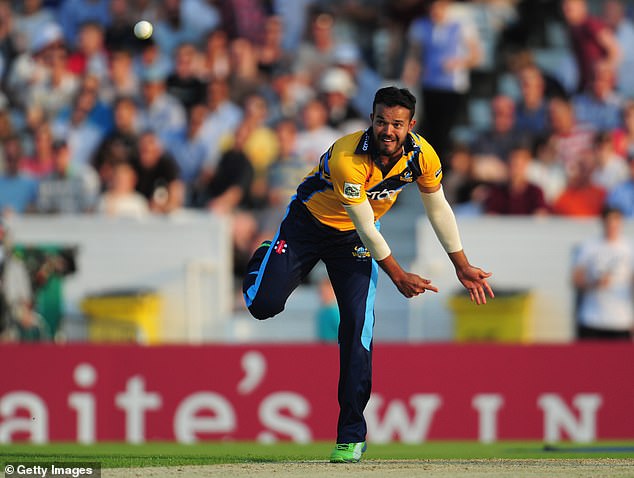 ‘No one has ever been a whistleblower before, no one has ever had the courage to come forward because of the fear of not being believed. Do I believe I lost my career to racism? Yes, I do.

‘I’m a massive believer that everything happens for a reason. I hope in five years’ time we are going to see a big change, that I did something far bigger than any runs or any wickets I got.’

Former Yorkshire chairman Roger Hutton also gave evidence and admitted for the first time on Tuesday that he believes the club is institutionally racist.

The independent panel that investigated Rafiq’s complaints concluded that there was insufficient evidence to apply that label to Yorkshire, but having struggled to get key executives to accept the gravity of the problem during 18 months in charge at Headingley, Hutton sees things differently.

‘I fear it falls under that definition,’ said Hutton when asked if Yorkshire is institutionally racist.

‘The panel concluded there was insufficient evidence. In the past few months there has been substantial thoughtlessness and ignorance and a reluctance to apologise; to see Azeem as a victim.’

Hutton resigned a fortnight ago in frustration after being unable to persuade Yorkshire chief executive Mark Arthur and director of cricket Martyn Moxon to agree to publish the panel’s report.

George Dobell, a reporter who helped Rafiq tell his story, told the Today programme: ‘He seemed relieved actually (after giving evidence), felt as if there was some sort of huge weight off his shoulders.

‘That it was something he was both dreading and looking forward to pass. I think he did really well and I think he probably knew that.

‘It’s a big deal for a guy who runs a fish and chip shop in Barnsley to force a parliamentary hearing.

‘It’s been extremely difficult and anyone else would have given up long ago because he seemed to be up against incredible odds.

‘He’s an extremely determined man. He wouldn’t be bought off, they tried to give him £100,000 to silence him.

‘He’s had death threats, he had one on Friday when someone came into his fish and chip shop and said they were going to detonate a bomb. He’s put up with a lot but he’s prevailed.’

HIS DAMNING REVELATIONS OF YEARS OF ABUSE