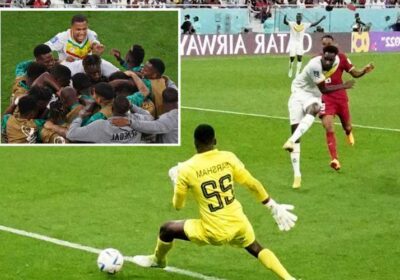 THAT’S the way the Koukhi crumbles lads… and the reason you’re set to become the first country to leave your own World Cup party.

Boulaye Dia, Famara Diedhiou and Bamba Dieng may have shared the headlines for the goals which are likely to earn Qatar an unwanted slice of footballing history. 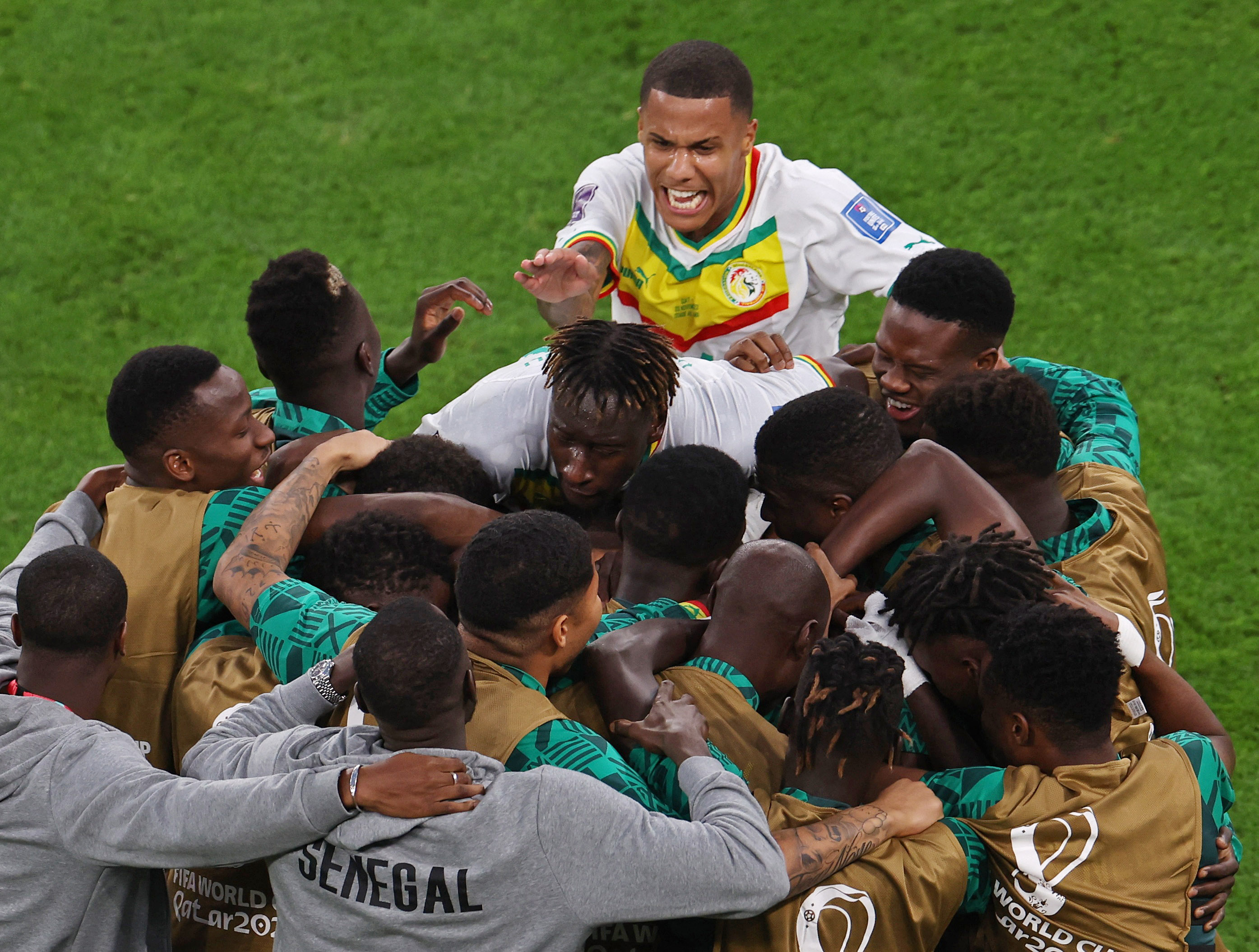 Yet the real story was the cock up behind the opener – a horrendous clanger from Boualem Koukhi – which teed up Dia.

Centre back Koukhi was under no undue pressure as he tried to swipe a ball from Krepin Diatta’s away from the danger area.

But he totally fluffed his lines, ended up on his backside and was left beating the turf in anger as Dia drilled in from ten yards.

It kept Senegal’s own dreams alive, and left Qatar staring at the earliest farewell from a World Cup host.

Three minutes into the second half it was confirmed, too, as Senegal bagged a second and the rush for the exits began.

In fairness, Ismail Jakobs’ corner was a cracker, but although Diedhiou’s header was powerful, it was above Meshaa Barsham and a top level keeper would have kept it out.

At that point you feared the worst, as Senegal threatened to run riot in case escaping the group came down to goal difference.

So fair play to Qatar for sticking at it…and fair play for finally gaining some reward with their first ever World Cup goal. 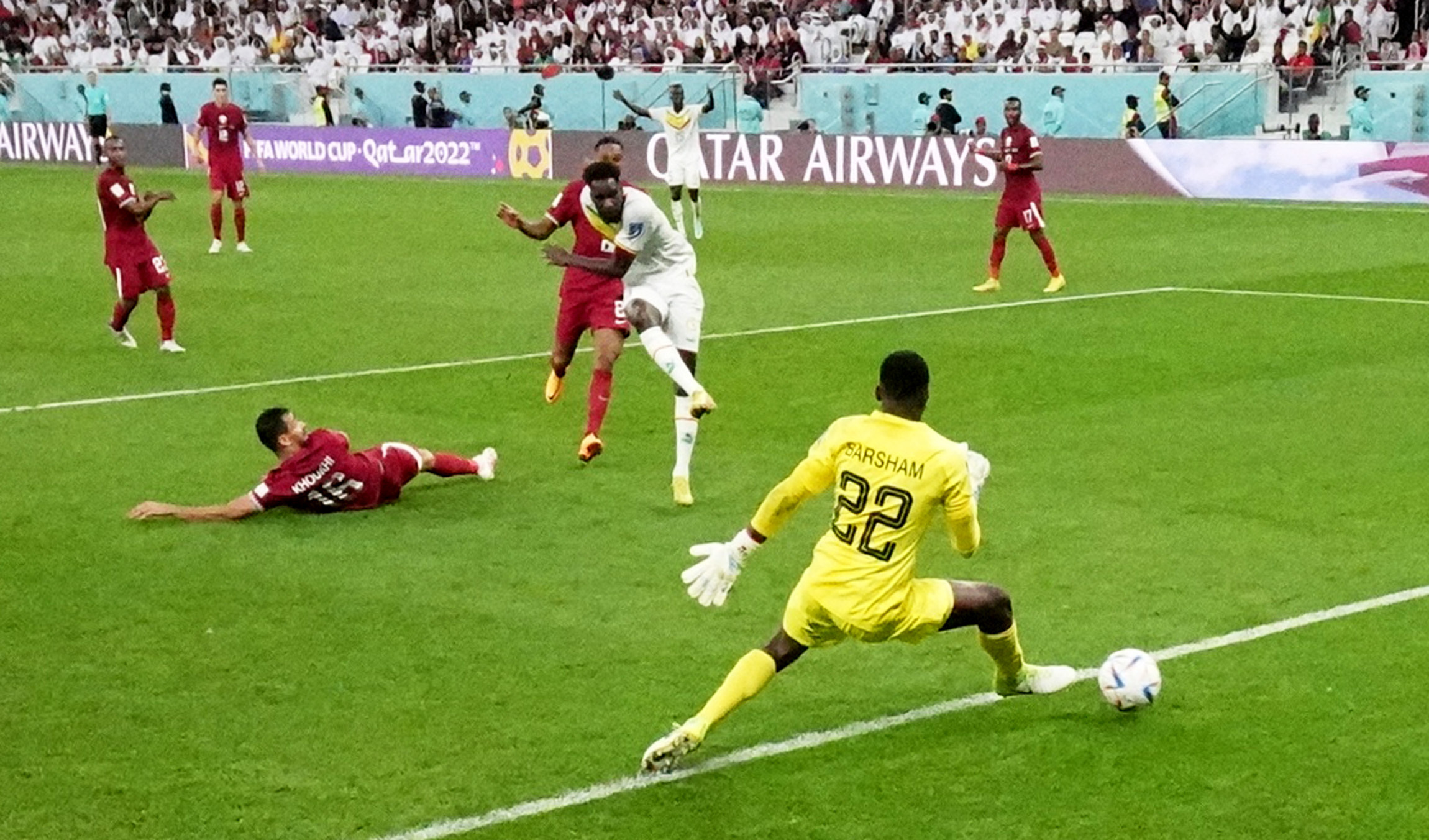 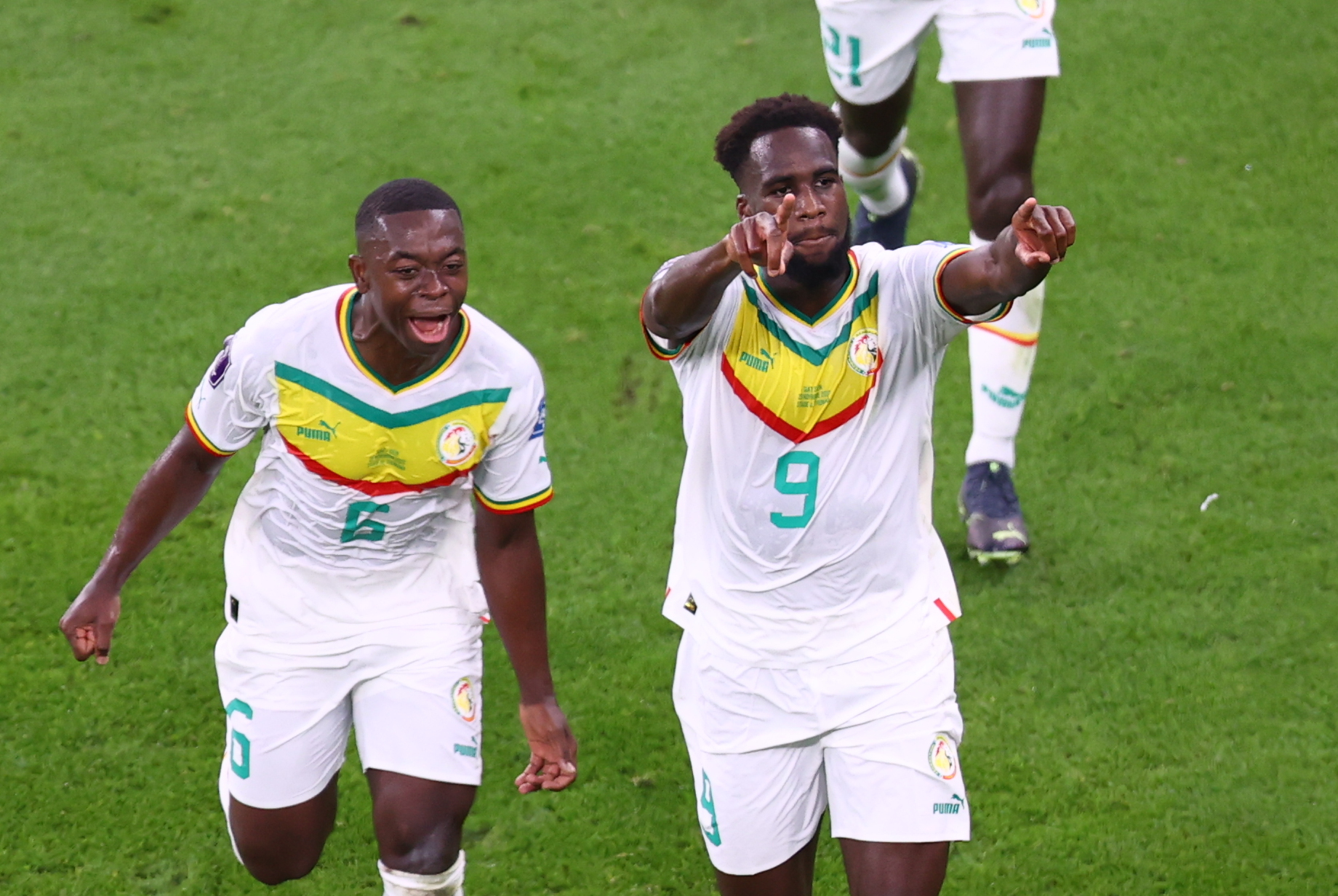 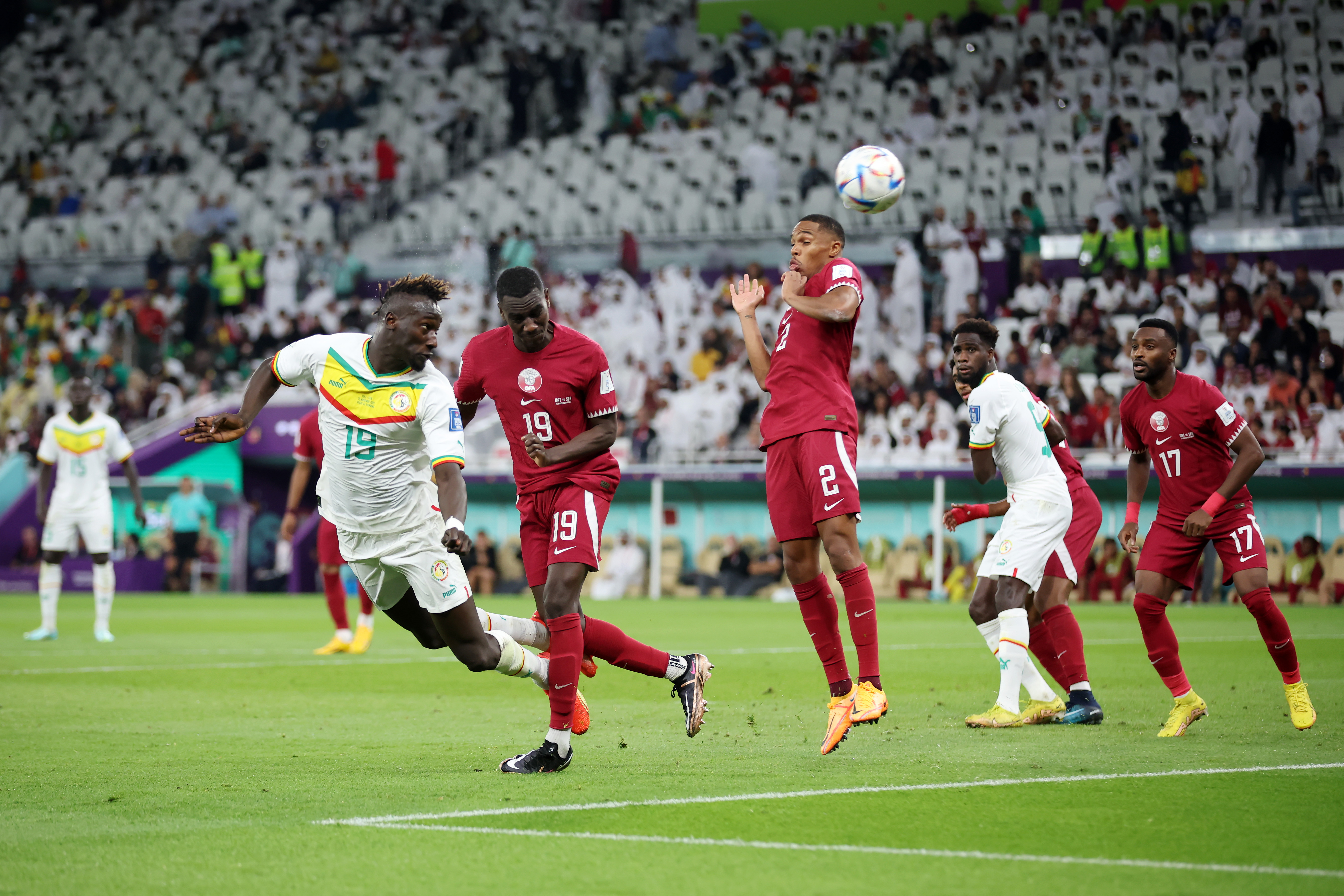 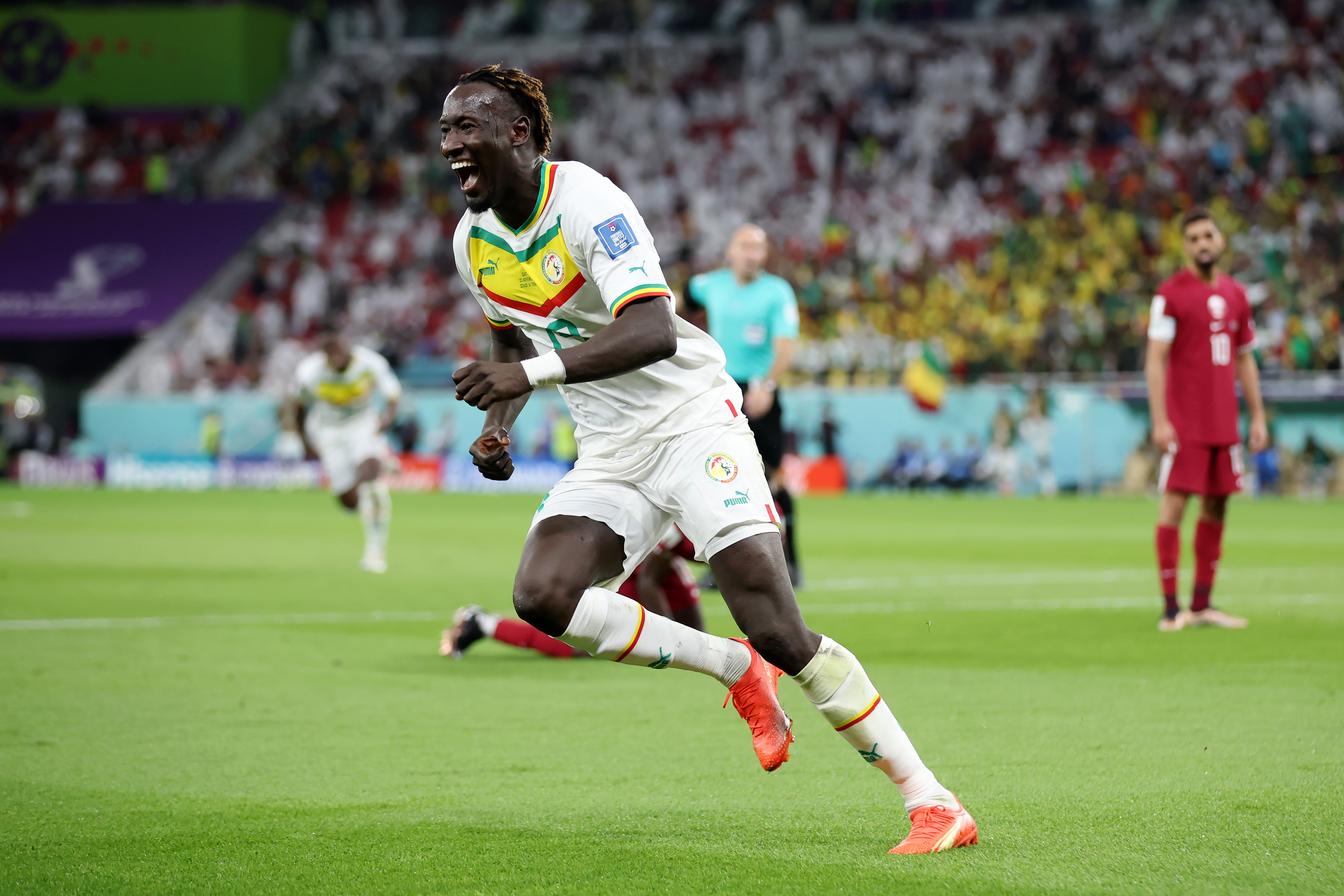 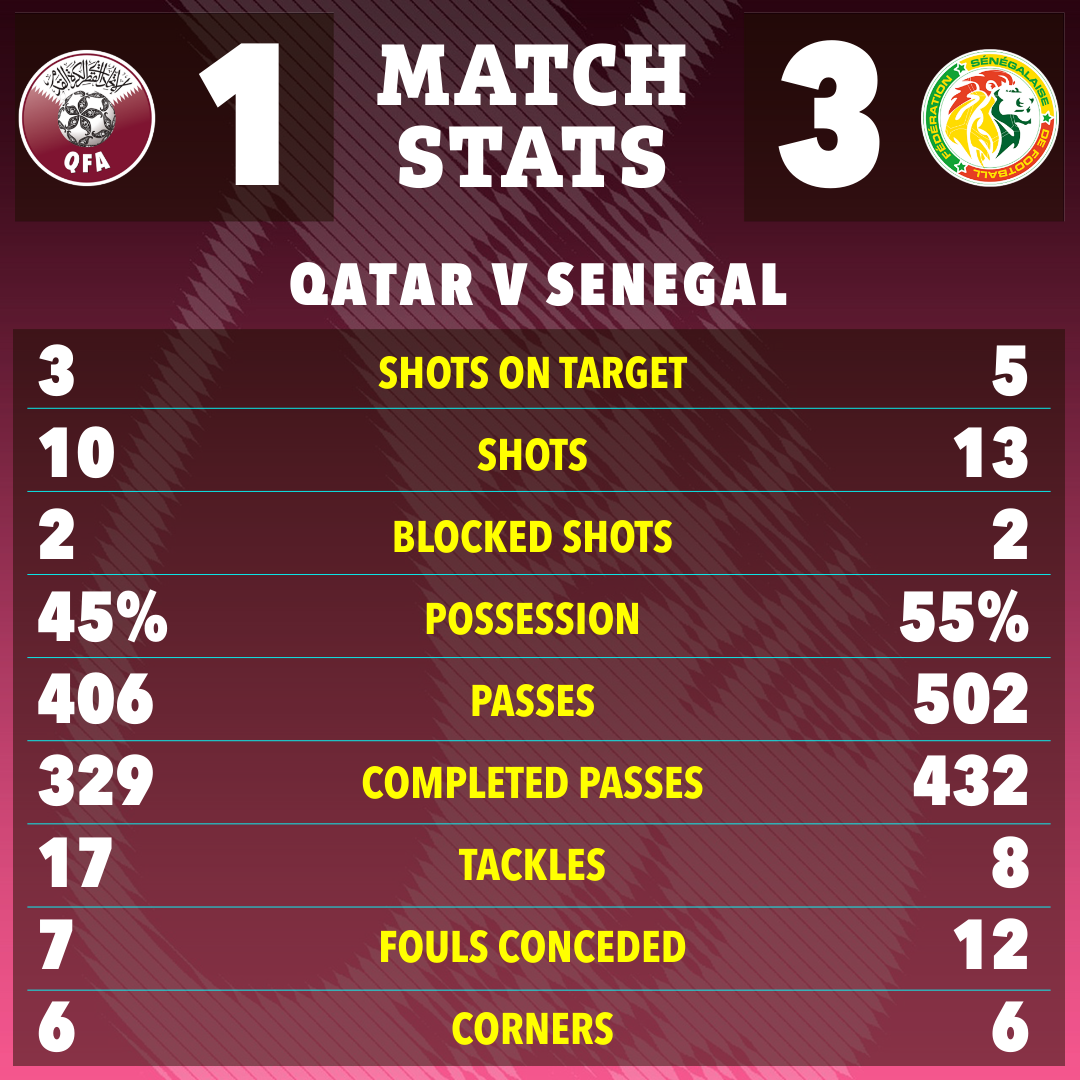 It came after Ismail Mohammad produced a superb cross from the right which more than matched the fantastic control he showed in bringing it down.

Mohammed Muntari, who had just arrived from the bench, rose above a flat-footed Kalidou Koulibaly and nodded it into the far corner. And a goal well merited it was, too.

For a little more than six minutes Qatar dreamt of the most sensational of comebacks.

Until Senegal’s own supersub put paid to that, when Dieng swept in the third.

So in the end all Qatar had to show for their efforts was a sense of what might have been – especially if a decent first half penalty claim had gone their way, when it was still goalless.

Replays certainly suggested that Ismaila Sarr appeared to catch Akrim Afif as they went shoulder to shoulder in the box. 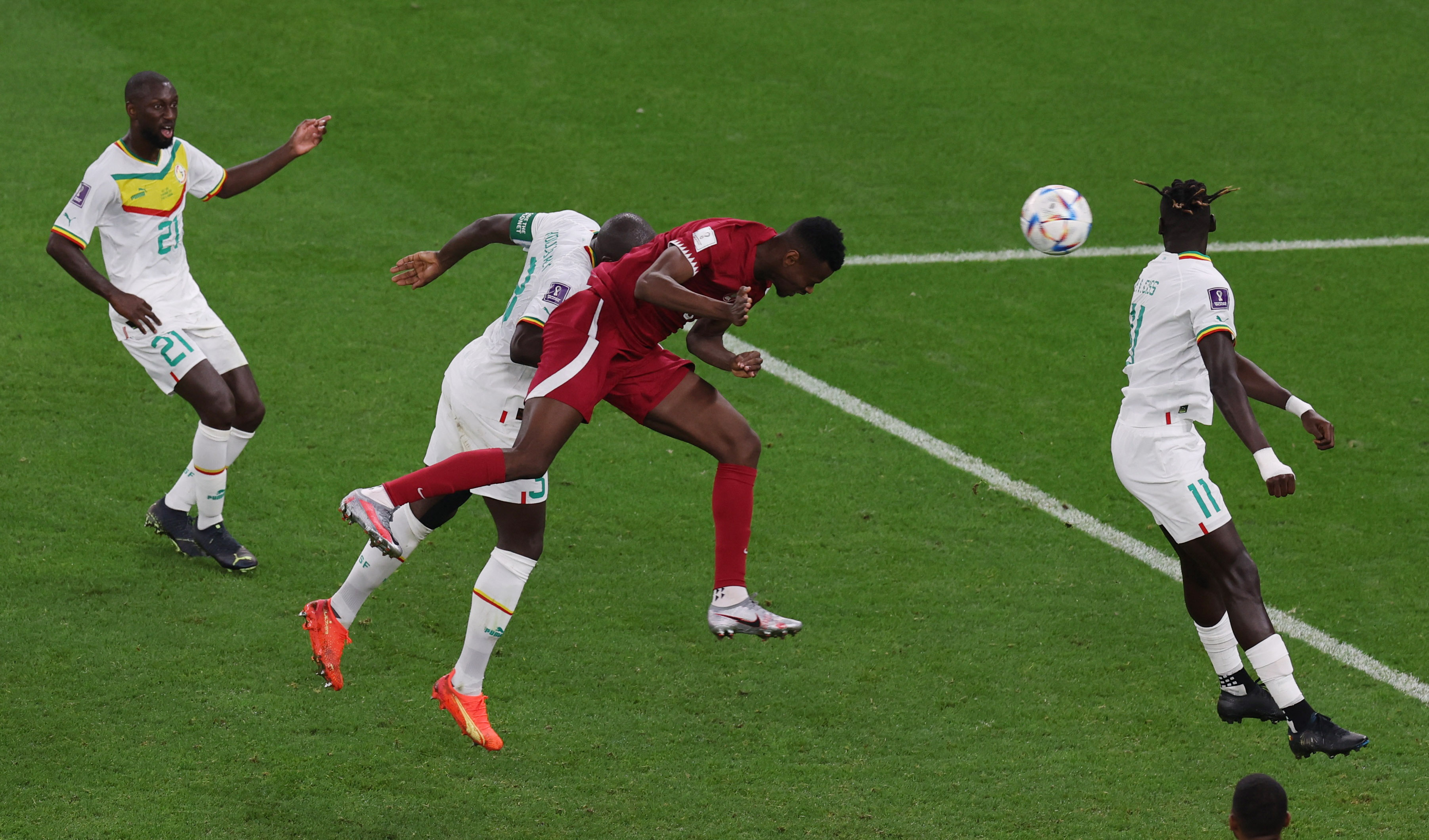 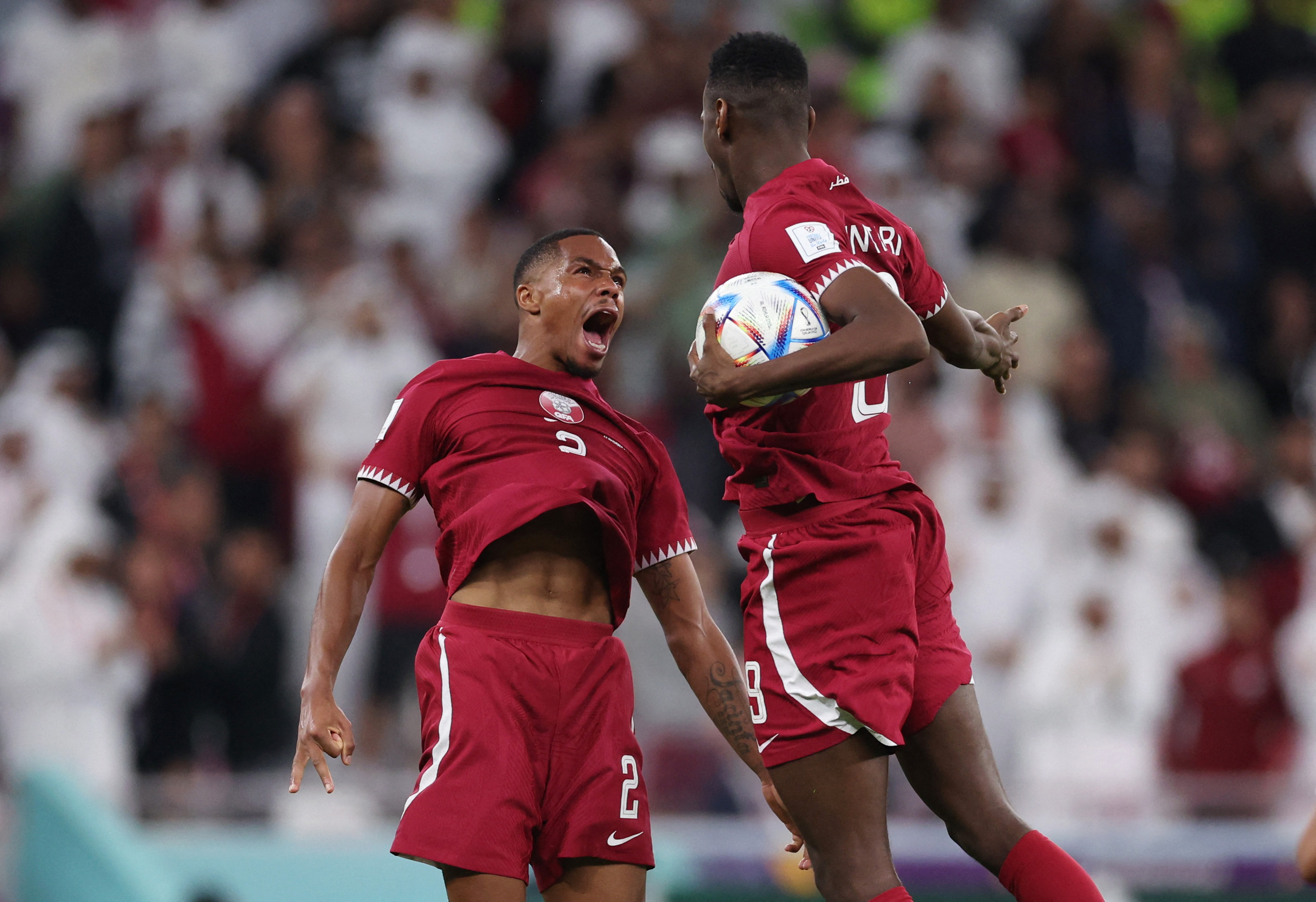 But Spanish referee Antonio Mateu waved away the claims, VAR official Alejandro Hernandez agreed, and it was to prove a pivotal moment.

Just to rub salt into Qatari wounds, they also set another unwanted World Cup first for the longest time a host nation went without a goal.

Prior to this it was the 135 minutes Mexico waited before finding the net in their second game in 1970.

Well it now stands at 167 – that’s how long it took Qatar to trouble the scorer thanks to Muntari’s effort.

Not that it’s exactly a place in the record books they’ll be celebrating, of course…. 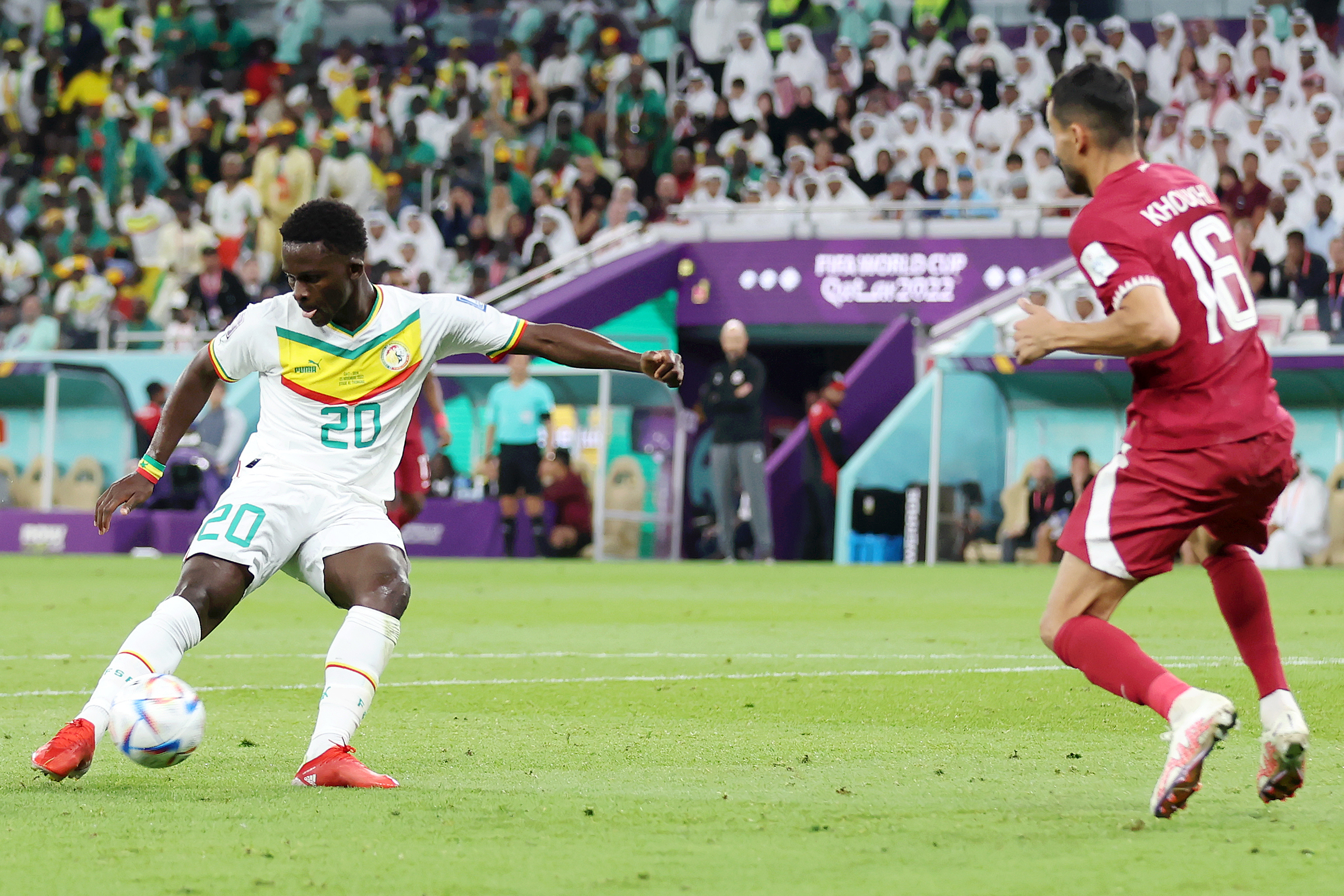 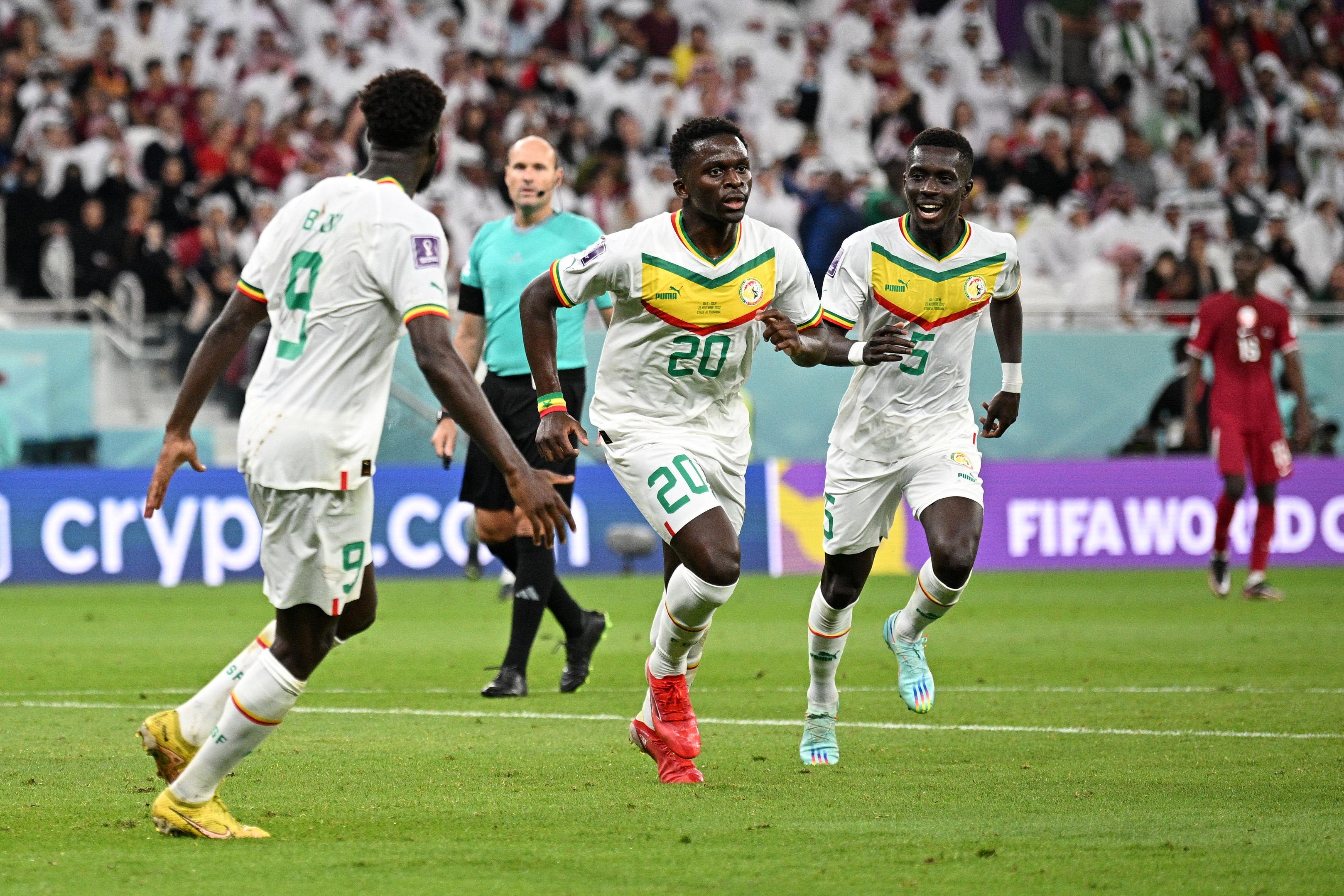