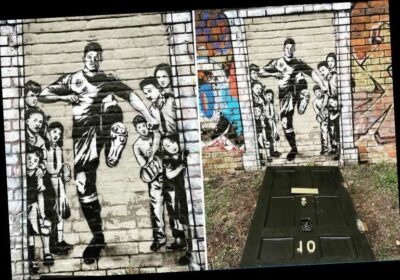 A STUNNING mural of Manchester United ace Marcus Rashford kicking down the door to No10 has emerged overnight by a canal near Old Trafford. 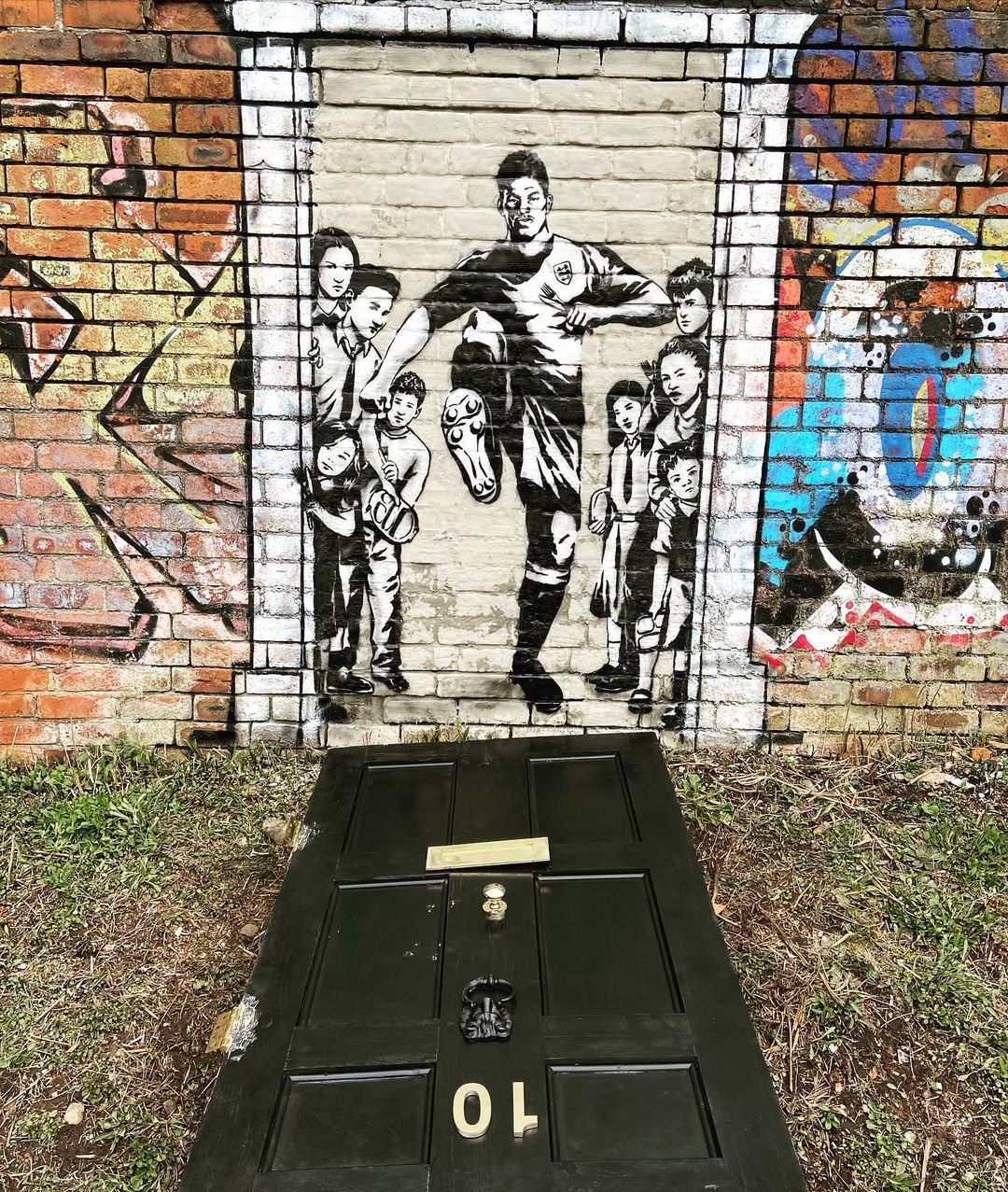 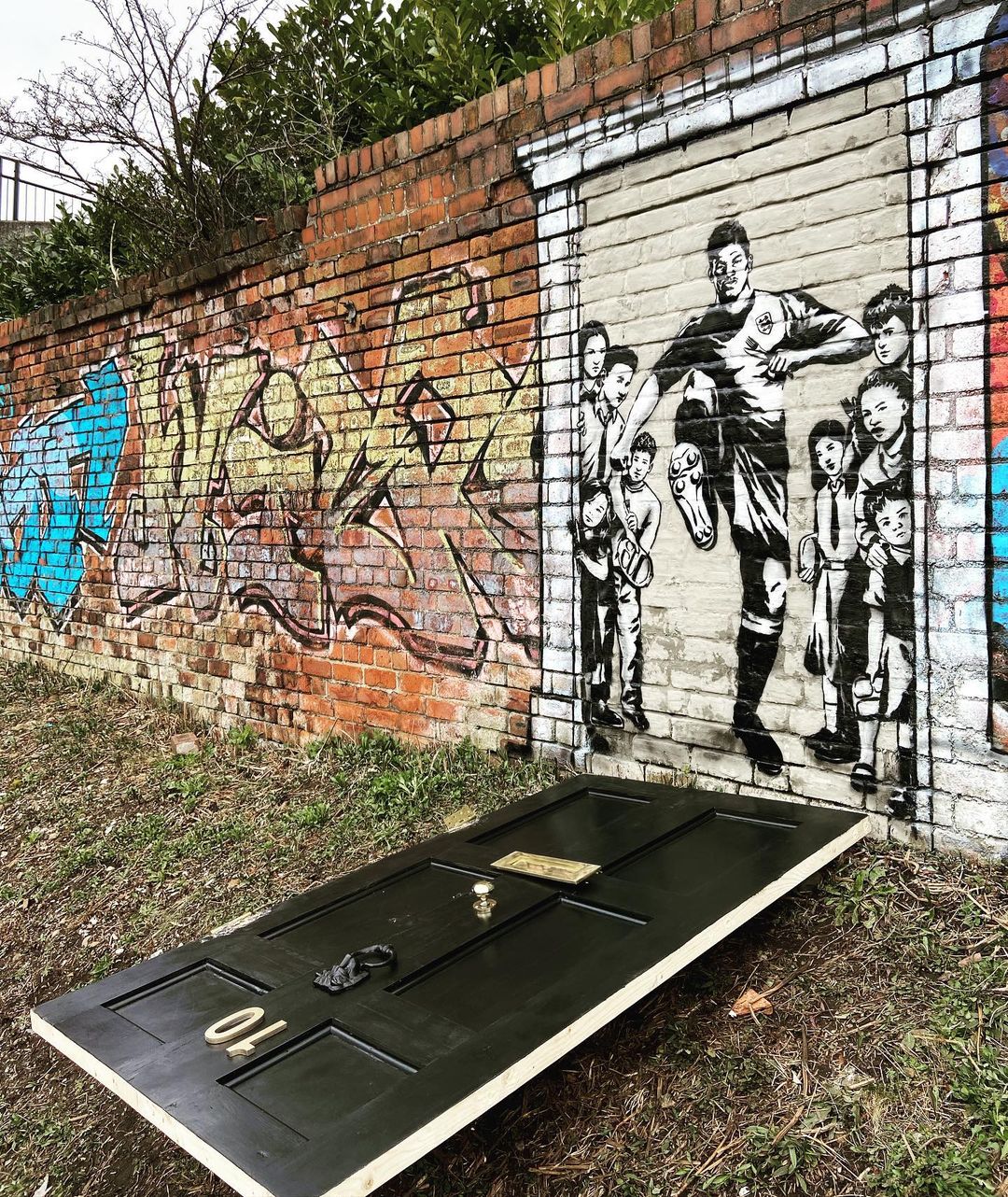 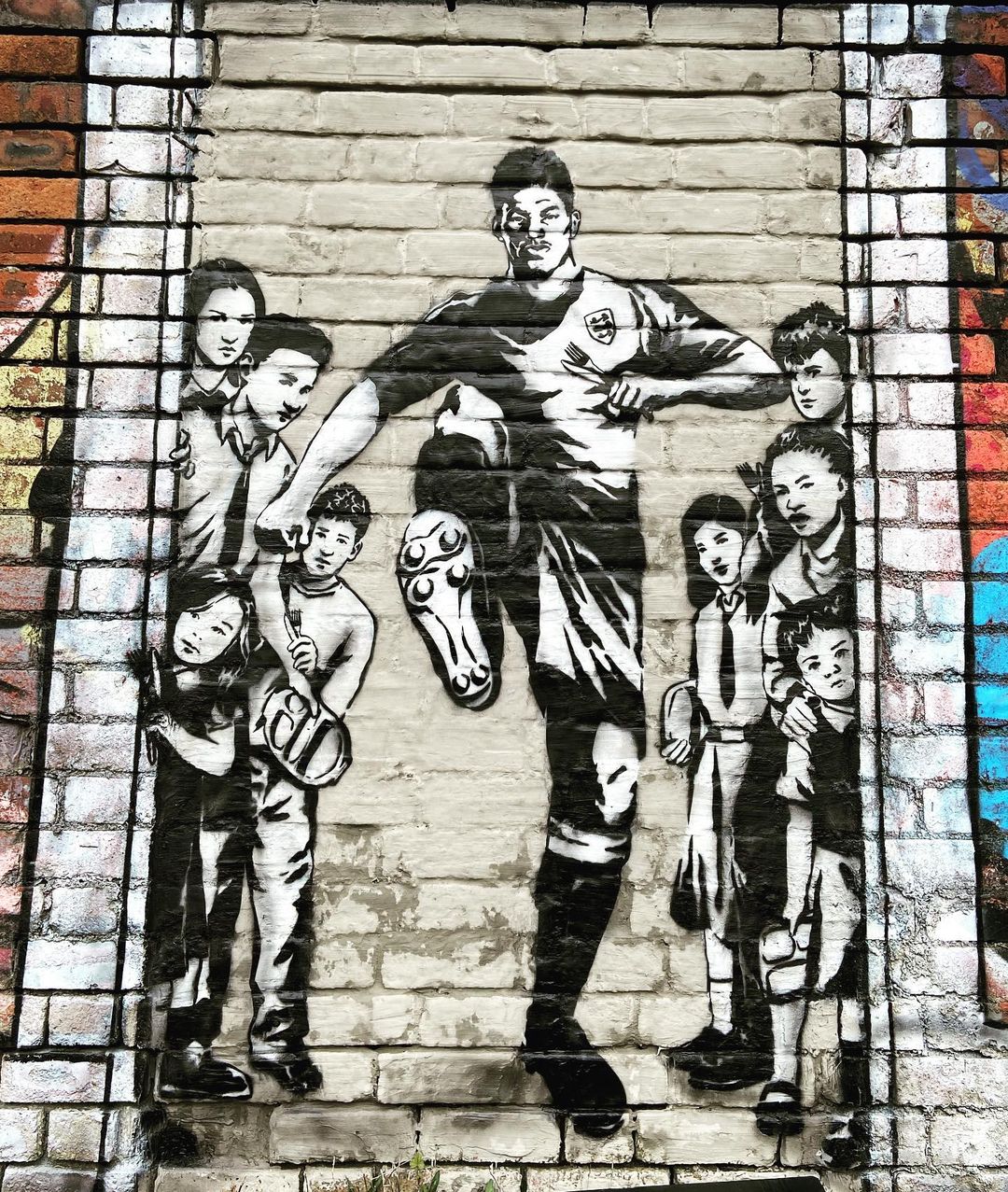 Selfless Rashford is depicted alongside a number of school children holding empty plates, with the 23-year-old in full England kit.

The hard-hitting mural is accompanied by an unhinged black No10 door representing the gateway to Mr Johnson's Downing Street residence.

The PM agreed to provide free school meals for children during the summer holidays in June last year.

A change in policy came off the back of Rashford's relentless social media campaign to help poverty-stricken kids.

Rashford has also teamed up with charity FareShare to help dish out millions of free meals to the hungry.

The England forward's charitable work was recognised with an MBE in the Queen's Birthday Honours in October.

In the same month the Old Trafford icon launched a parliamentary petition to lobby government for food to be provided during all holidays and for free school meals to be provided to all families and households on Universal Credit.

Rashford honourably pleaded with politicians to put party politics aside 'to find a long-term sustainable solution to child food poverty in the UK'.

It is not the first time Rashford has been the focus of a mural after street artist Aske also honoured his charity work last November.

The latest piece of art was found on the banks of the Bridgewater Canal in Manchester.

And it appears to have been produced by 'The Rebel Bear' who left their name by the side of the work.

Fans on social media went wild for the work, with one saying: "This is brilliant!"