Home » Sport » Peter Wright was living on £14 a week before darts earned him £3.5m fortune

Peter Wright was living on £14 a week before darts earned him £3.5m fortune 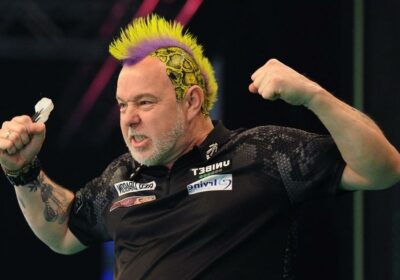 Peter Wright will be gunning for a second PDC world title and the top £500,000 prize when he takes on Michael Smith at the Alexandra Palace on Monday night.

In what has been a scintillating final week of the tournament, Wright overcame fellow Scot Gary Anderson in an enthralling semi-final while Smith – who knocked out defending champion Gerwyn Price in the last eight – comfortably beat James Wade.

The stage is set for a fantastic finale, with Wright looking to reclaim the title he won in 2020 when he beat Michael van Gerwen.

Smith meanwhile, is seeking his maiden world title, and first major tournament win, having been runner up to van Gerwen in 2019.

Regardless of the outcome, it's all a far cry from when Wright, 51, was desperately job-hopping and making a profit of around £14 a week.

A report in the Daily Mail has outlined how Wright regularly moved home, undertaking work such as fitting windows, labouring with concrete fence posts, and doing odd jobs on building sites and holiday camps in a bid to keep his head above water.

He revealed in an interview a few years ago that he was "living on about £14 a week after bills," and even after venturing into darts, struggled initially having only made £1,000 in his first on the circuit.

However, he's since credited wife Joanne for helping him turn his career around, with the hairdresser restyling his hair which has now led to him famously dying it different colours, to go with his flamboyant selection of clothes.

Will Peter Wright beat Michael Smith on Monday night? Let us know in the comments section.

Dubbed 'Snakebite', a notion he puts down to his wife's designs and his love of the animal – and not a reference to the popular student drink that mixes lager, cider, and blackcurrant – Wright's rise in darts means he's now worth £3.5 million.

As well as his sole world title success, he also won the 2021 World Matchplay title, and is a former European, UK Open, Players' Championship, and Masters winner.

And he showed all of his big-game experience in that final four tussle with Anderson, firing a record-breaking 24 180's – with Anderson notching 15 – before Wright eventually prevailed 6-4, completing his epic win in style with a 116 checkout.