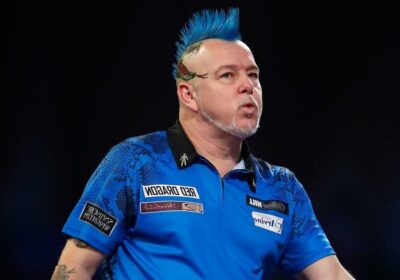 The scene has been set and the final of the PDC World Darts Championship awaits with a new champion set to be crowned.

Last year's winner Gerwyn Price suffered a shock defeat to Michael Smith in the quarter-finals as the Iceman lost his cool to lose 5-4 before Smith went on to beat James Wade in the semi-finals 6-3.

Bully Boy makes his second final appearance in the in three years when he lost to Michael van Gerwen but this time he faces Peter Wright.

Snakebite is the favourite at 8/11 with Grosvenor Sport while Smith is 11/10 to lift the Sid Waddell Trophy.

The Scotsman saw off fellow compatriot Gary Anderson in an incredible semi-final winning 6-4 with both players averaging more than 100 in the match.

The main take between these two is that Wright has the upper-hand with 23 wins to Smith's 12 and have met in three tournament finals with Snakebite winning all three.

The stats, odds and momentum is with Wright but Smith enjoys the underdog tag as we have seen in this tournament so this has the makings of a great final.