Home » Sport » Pacquiao isn't training this hard 'to wave goodbye', he is determined to prove to Spence Jr he's still the top fighter

Pacquiao isn't training this hard 'to wave goodbye', he is determined to prove to Spence Jr he's still the top fighter 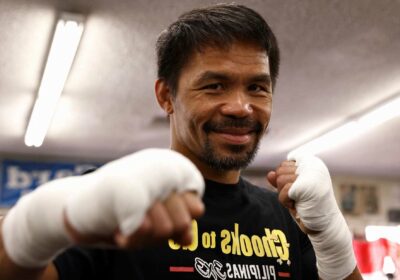 MANNY PACQUIAO 'isn’t training this hard to say goodbye' and wants to prove he is still one of the best fighters in the world.

PacMan looks to defy age and the odds once more when he challenges for Errol Spence Jr's welterweight titles on August 21. 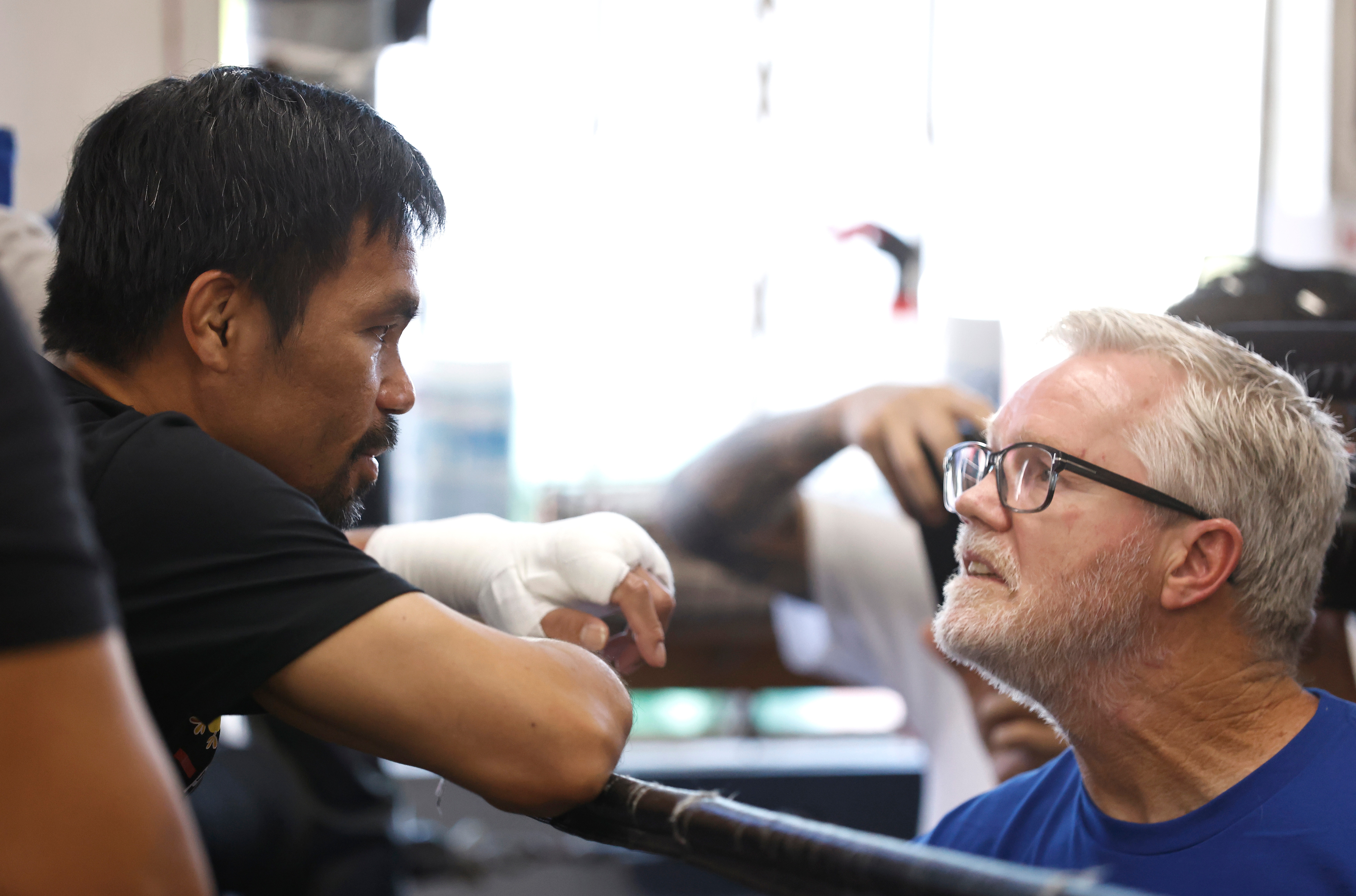 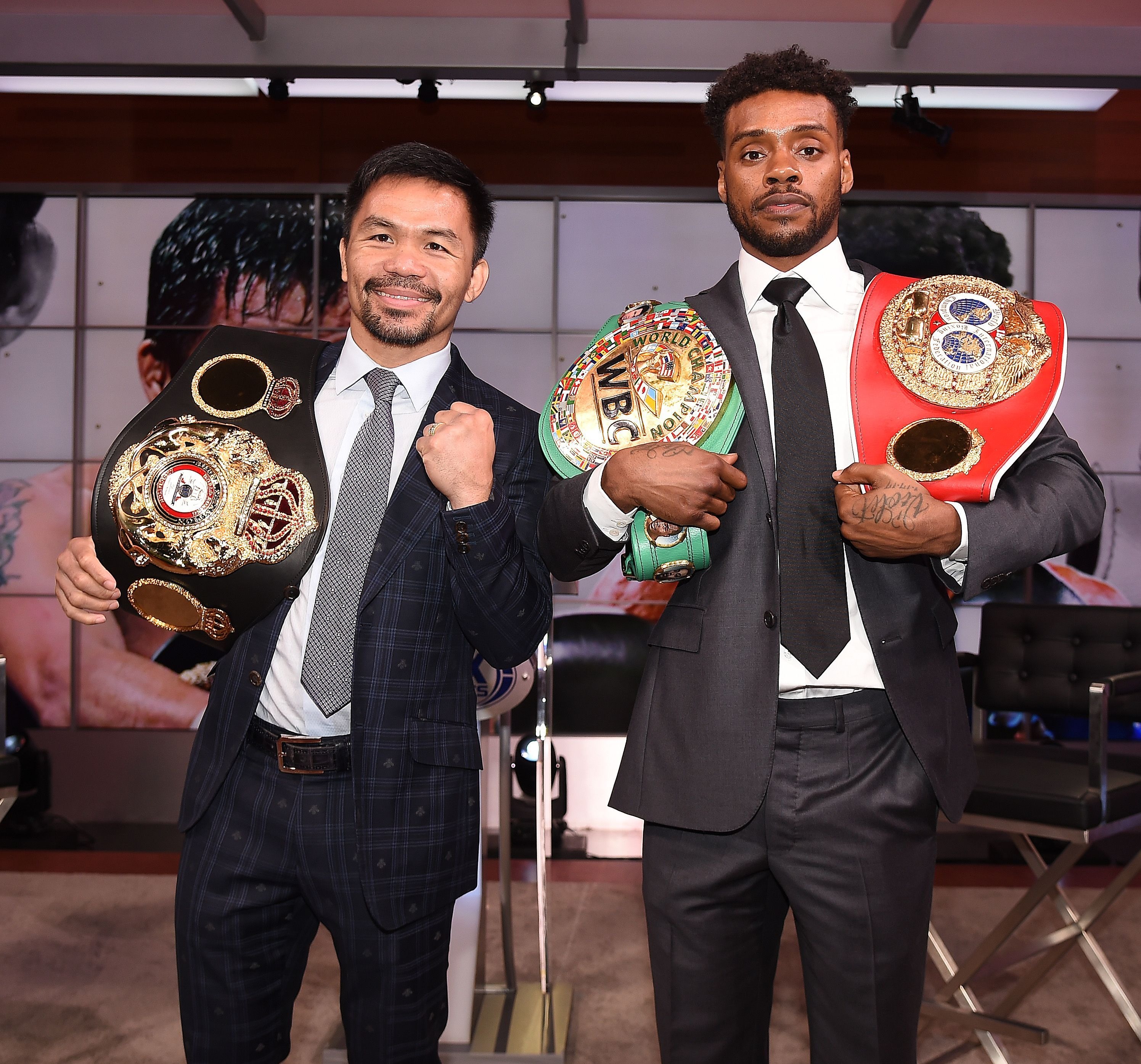 The boxing legend has not committed to how many fights he has left in his glittering, iconic career.

And while long-time trainer Freddie Roach admitted it could be his final one, he is certainly not treating it like the beginning of the end.

“He hasn’t cut one corner in training camp. Not one. He runs up the hills in Griffith Park straight to the Hollywood sign.

"He crunches thousands of sit-ups daily. He spars three days each week and hits every bag on the gym floor with bad intentions every day.

"He is still the hardest worker I have ever trained and an eager student. He wants this one more than anything.

He crunches thousands of sit-ups daily. He spars three days each week and hits every bag on the gym floor with bad intentions every day.

"Maybe this is Manny’s last fight. But this summer, he has been training for his greatest victory, and for Manny, that is saying something.

"It’s the stuff that greatness is made of."

Pacquiao, 42, will have been out the ring for over two years by the time he faces Spence, 31, having not returned after beating Keith Thurman, 32, in July 2019.

And in the period since, he has been without Hall of Famer Roach due to the coronavirus pandemic, leaving the Filipino icon housebound in Manila.

But he recently linked up with his coach in Los Angeles, after almost 24 months of communicating over the phone.

Roach told SunSport: "We haven't been together in almost two years now, but we stayed in touch all the time.

"He knows my birthday, I know his birthday but we suck on the telephone. We're no good on the phone.

"He sends me tapes of his workouts and I send him my thoughts back. It works really well, we stay close.

"This is a big, big fight and when he picked Spence I called him up and congratulated him, I said, 'Thank you for picking a real fighter. I'm tired of these actors being popular and trying to be fighters'.

"These are two of the best fighters in the world going at it, I can't wait. Manny is doing well and he's getting better and better."