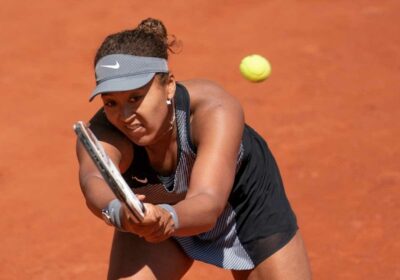 Before anything else can be said about the controversy that overshadowed the start of the French Open and ultimately led to Naomi Osaka’s stunning withdrawal on Monday, it’s important to acknowledge that few of us can even pretend to understand what it’s been like to be her over the last three years.

When you take a shy, sometimes awkward and mostly unknown young person who isn’t even 21 years old, turn them into a global sports superstar almost overnight, make them the highest-earning female athlete on the planet and have them represent a country that has never claimed a tennis player of such magnitude, there is no playbook. For some, it might come naturally. For others, you can imagine it being deeply uncomfortable and invasive, full of anxieties and pressures that can place undue strain on mental well-being.

In Osaka’s announcement Monday that she is pulling out of the French Open — after several days of escalating narratives about her initial announcement that she wouldn’t fulfill the tournament’s media obligations and a stern response from the Grand Slam tournaments — she revealed that she has suffered bouts of depression since winning the 2018 U.S. Open. Further, she said she will take some time away from tennis, and it’s unclear when she intends to return.

If Osaka was not in the right space mentally to compete under the pressure of a Grand Slam, withdrawing from the tournament is the best thing she could have done for her own sake. Her well-being is more important than any tennis match.

Naomi Osaka has withdrawn from the French Open and is taking a break from tennis. (Photo: Susan Mullane, USA TODAY Sports)

Still, the way this mess has played out has done no favors for anyone involved. Osaka, after winning the last two Grand Slam events, won’t get a chance to make it three in a row and prove herself on clay, where she’s apparently had a crisis of confidence this year. The French Open will surely come off to many as insensitive for going to such great lengths to enforce its rules. And fans across the world who like watching Osaka play tennis won’t get the opportunity to do so on one of the sport’s biggest stages.

There was, on all sides, almost certainly a more productive and diplomatic way to handle this. But whatever that path might have been no longer matters. This has now become the biggest story in tennis, something that in many ways transcends sports, and the consequences are going to reverberate for a long time.

And it’s going to be difficult to have a reasonable conversation about what happened because, for so many people, their connection to Osaka has little if nothing to do with their interest in her sport. There’s nothing wrong with that.

Osaka has always been an intensely compelling figure, someone who proudly embraces both the Haitian and Japanese parts of her heritage, identifies as a Black woman and challenges the status quo. Last summer, after the police shooting of Jacob Blake in Wisconsin, Osaka announced she would join other sports boycotts and pull out of the Western & Southern Open semifinals. Instead, the tournament ended up postponing all matches.

But Osaka’s role as a change agent, at least in this case, has run into one of the fundamental tensions of being an elite professional athlete: How do you remove only the problematic parts while keeping the rest of it intact? It’s never going to be that easy.

We should all be understanding of how Osaka ended up in the frame of mind that led her to send her initial statement last Wednesday saying she would not do press during the French Open. After the COVID-19 pandemic, Osaka came back as the world’s dominant player, winning 24 consecutive matches including the U.S. Open and Australian Open before losing in the quarterfinals at Miami.

After that match, Osaka took part in a standard 12-minute news conference that was utterly unremarkable. The questions were appropriate, and Osaka answered them thoughtfully and transparently, as she has throughout her career.

Since then, though, Osaka has struggled, losing her second match in Madrid and in the first round of the Italian Open. In a since-deleted post on Reddit, Osaka’s sister Mari (the New York Times verified her authenticity) described a situation in which even members of her family had asked about why she wasn’t winning on clay and that being asked about it in news conferences would only contribute to eroding her confidence.

“I think that everyone’s remarks and opinions have gotten to her head and she herself believed that she was bad on clay,” Mari Osaka wrote in the post. “This isn’t true and she knows that in order to do well and have a shot at winning Roland Garros she will have to believe that she can.”

That is a fair and understandable stance to take. But in Osaka’s original statement, she did not merely ask for understanding of the difficulties she was going through. Instead, she chose a wider indictment of the notion that athletes should answer questions about their performance, win or lose and that those who ask are not looking out for the mental health of athletes.

That was a mistake, that was wrong and there didn't seem to be any sympathy for that idea, even among her fellow players out on tour.

Athletes are entertainers, but they are not actors in a play. There is a unique emotional investment in sports because there’s an outcome, and it’s really hard to compete at that level and the stakes every time they play are very real.

It’s certainly up for debate whether a 15-minute news conference is the best way to do it, but asking the athlete themselves what they experienced, what they felt and why the result occurred is part of the process of understanding not just what happened but what the people playing the games are about.

Those questions, at times, can be annoying and repetitive and probably quite unpleasant. But in sports, asking them and answering them in good times and bad is part of what makes the show go on.

There was no chance that Osaka launching a preemptive broadside against that system on the eve of the French Open with no negotiation or chance to accommodate her specific issues was going to be met with a shrug of the shoulders by the tournament or the other Grand Slams.

Though the statement that was put out Sunday fining Osaka and threatening to further penalize her, including a possible default, was over the top, the Grand Slams weren’t going to let a top player establish a precedent that they could opt out of required media availabilities if they have enough money to pay the fines. If that became the norm and there was no cooperation from the players’ side, the global media has less incentive to go cover a tournament, which means tennis doesn’t get as much coverage in a highly competitive environment.

The main thing now is that Osaka gets in position to return to as soon as she feels well enough to do so. The issues this episode raised are going to linger, but at least we have a better understanding of the difficulties she’s been dealing with.

Had everyone involved taken a deep breath and talked to one another, this probably could have been resolved in a much more orderly fashion. Hopefully, after her break from the sport, Osaka can be part of a productive dialogue on mental health and feel comfortable participating in all aspects of being a high level tennis player again — including talking to the press.