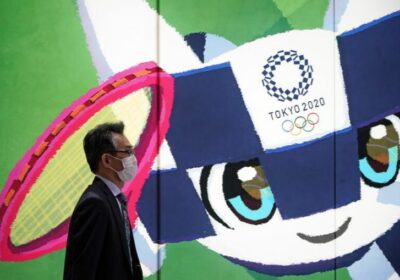 TOKYO (AFP) – Tokyo Olympics organisers said Thursday (Jan 28) they were encouraged by the support of International Olympic Committee (IOC) chief Thomas Bach and felt on “solid ground” to hold the virus-postponed event, despite growing debate over its feasibility.

IOC head Bach briefed organisers in Tokyo on his discussions with other groups involved in this summer’s Games, including athletes, Tokyo 2020 President Yoshiro Mori said.

“He confirmed everybody’s intention, and there were no questioning voices or opposition from anyone or anywhere. Everybody had a strong feeling that they want to go to the Tokyo Games,” Mori said.

“We are still on solid ground and have been pushing in that direction. Bach gave us his strong stance, and we are thankful for that.”

Bach said Wednesday that organisers were committed to holding the Tokyo Games safely this year, but admitted for the first time that fans may not be allowed to attend in person.

Doubts have soared about the Games – due to start on July 23 – as the pandemic continues to paralyse many countries and with large parts of Japan, including Tokyo, under a state of emergency.

Tokyo’s first Olympic test event this year, an artistic swimming competition scheduled for March, was postponed on Thursday for two months because of travel restrictions.

But despite falling public support in Japan, the United States, Australia and Canada have all backed the Games, as have several top athletes.

“One year ago, there was a certain mood. Now it’s completely different. Many voices are being raised, wanting to go to Tokyo as soon as possible,” said Tokyo 2020 CEO Toshiro Muto, who also spoke to Bach on Thursday.

“During the athletes’ committee, there was an atmosphere. ‘Even if there are various circumstances, let’s make a new Olympics by themselves by overcoming the circumstances.’ (Bach) told us that he was so moved,” he said.

Chinese President Xi Jinping has also told the IOC that China will support the organisation for the Games to go ahead, Muto added.

Bach said on a visit to Tokyo in November that he was “very, very confident” of holding the Olympics in front of fans, but on Wednesday conceded that they would now take place behind closed doors.

“This I cannot tell you,” he said when asked if fans would be able to attend. “Our priority is to ensure a safe Olympic Games.”