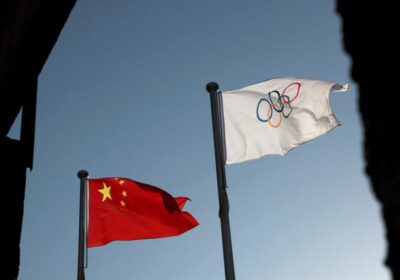 (REUTERS) – International Olympic Committee (IOC) senior member Dick Pound said he had no regrets about China being selected to host the 2022 Winter Games, despite the international backlash over the country’s human rights record.

The United States, Canada, Britain and Australia are among the countries that recently announced a diplomatic boycott of the Feb 4-20 Beijing Games, which China called “political posturing”.

“In the sense of having a host country that could organise and put on an excellent Games from a Games perspective, there’s absolutely nothing wrong with China,” Pound told Germany’s Deutschlandfunk radio.

Pound reiterated the IOC’s stance that it has no role to play in bringing about political change in any country.

“You have to be reasonable about the expectations of a relatively small organisation,” he said of the IOC.

“When we award the Games to a country, we don’t do it as an indication that we support the political objectives of that country.

“It’s done on the basis of the importance of the country as a sporting nation and its ability to organise Games at the level that the world now expects.”

He said China’s Olympic Organising Committee has agreed to allow athletes to speak freely during news conferences on issues such as the treatment of minority Muslims in China’s Xinjiang region, which US President Joe Biden’s administration has called genocide.

“The organising committee has given that guarantee that there will be freedom of speech for athletes,” added Pound.

Athletes will still have to abide by an IOC rule that says they cannot protest during sporting events or medal ceremonies.