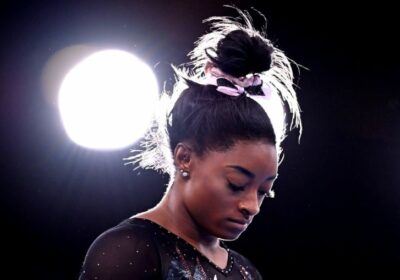 TOKYO (REUTERS) – Isolation and the absence of family and friends have taken a toll on athletes’ mental health at the Tokyo Olympics, with some struggling to cope with the challenges posed by the pandemic while carrying their country’s hopes on the global sports stage.

After her stunning exit from the women’s gymnastics team event on Tuesday (July 27), Simone Biles said she felt she had been carrying the weight of the world on her shoulders.

That burden seems to have been exacerbated by a year a grief, loss and restrictions tied to the Covid-19 pandemic.

Biles said: “Usually you hang out in the village, all that stuff.

“It does suck when you feel the weight of the world. There are no outlets with the amount of training that we do.”

Athletes have seen their pre-Olympic training disrupted by lockdowns and restricted access to athletic facilities, and the postponement of the Games fuelled concern about qualification schedules and the ability to travel internationally without contracting the virus.

Their families and friends cannot cheer for them in the stands in Tokyo and their movements are heavily restricted.

The pandemic prompted the U.S. women’s gymnastics team to steer clear of the bustle of the athletes village and stay at a nearby hotel for security reasons, something that takes the shine off an Olympic experience.

“Not saying that we don’t have a great set up,” said Biles.

“We chose that to be Covid safe, the protocols and everything.”

Biles said she had been able to keep in touch with family by Facetime and text messages, giving her “all the support that I absolutely needed.”

“We have tons of resources available to us,” added Biles.

“But I wanted to tough it out to the last minute, but obviously it didn’t work that way.”

U.S. swimmer Katie Ledecky, who also came into the Games with high expectations, said she understood the pressure Biles felt as an Olympian of her stature.

She said their compatriots should be more concerned about what is happening in the world than whether she wins an Olympic title.

“Being Olympians it’s something that we all have to watch out for each other and help each other through and in times of need,” said Ledecky after winning gold in the first 1,500m swimming event for women ever staged at the Olympics.

Even prior to arriving in Tokyo, athletes were facing new and unfamiliar pressures linked to the pandemic.

They had to find ways to train during lockdowns and qualify for the world’s biggest sporting event without compromising their health or that of their families and communities.

“It has been a difficult road since 2019,” said gymnast Angelina Melnikova of the Russian Olympic Committee, who beat the United States to win gold in the women’s team event.

“When we found out that the Games had been postponed because of the pandemic, our training base was closed. We were in quarantine for a year and a half and trained all that time.”

Other athletes contracted Covid-19 on their way to Tokyo, at the Games themselves or in the early stages of the pandemic, threatening to derail their years of gruelling work toward the Olympics.

British swimmer Tom Dean contracted Covid-19 twice in the run-up to Tokyo, forcing him to spend days in isolation and put his training on hold.

The 21-year-old nonetheless won the men’s 200m freestyle gold on Tuesday to help Britain to its best ever start to an Olympic Games.

Dean said: “I contracted Covid twice in the last 12 months.

“Sitting in my flat in isolation, an Olympic gold was a million miles away.”

Other Olympians who contracted Covid-19 weren’t so lucky.

South Korean sabre fencer Oh Sanguk, who was hospitalised for a month with the virus, faded in his quarter-final against Georgian Sandro Bazadze, eventually losing 15-13.

“I feel like my physical strength has weakened, but every time I think about that, I feel my confidence slipping,” Oh told Reuters ahead of his quarter-final on Saturday.

Like countless of people across the globe, Olympians have also lost loved ones to the virus.

Biles’ team mate Sunisa Lee, who won three medals at the 2019 world championships, lost both her aunt and uncle to the pandemic as she was preparing for Tokyo.

“On a podium, people see athletes, others see machines that are running and have to be position one,” said Bernard Ouma, who coaches Kenyan runner Timothy Cheruiyot, the 1,500m world champion.

“At the back of my mind as a coach, I see a human being with social challenges as well.”