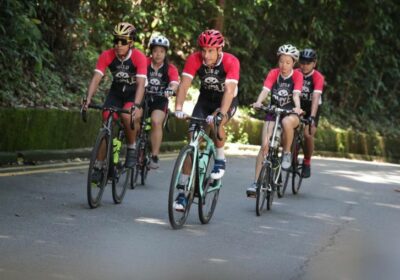 SINGAPORE – More than 6,100 cyclists, from as young as three with the oldest being 77, took part in this year’s OCBC Cycle Virtual Ride.

This was a 30 per cent increase from the 2020 edition, with organisers introducing two new categories – the 100km and 200km events – this year.

Participants were required to cover the required distance over a maximum of four rides from May 15-July 4. The completion period was extended from June 14 after the introduction of Singapore’s phase two (heightened alert) period.

Koh Ching Ching, head of group corporate communications at OCBC Bank, thanked all the participants and noted the strong response to the long distance categories – they were sold out within hours of opening – meant they are likely to be included in next year’s programme.

She said: “We found that this year’s participants enjoyed the rides differently from last year when we had to, for the first time, pivot from a physical to a virtual event due to the Covid-19 pandemic outbreak.

“There were many joyous photos submitted and many heart-warming stories told. To the 11-year-old girl who completed the 200km Virtual Ride; the 67-year- old veteran cyclist who gave his medal to a seven-year-old boy who rode 70km; and simply to all who took the time and the effort to truly enjoy the rides, kudos to you.”

He bought bikes for the family in January to encourage an active lifestyle and they later signed up for the OCBC Cycle. His wife completed the 42km ride while he covered 200km.

He said: “My daughter motivated my wife and I as we completed our distances. Denise’s main motivation, aside from the challenge of completing such a long distance and pushing her parents along the way, was a six-piece nugget meal with large fries, and her favourite iced tea.”

The 41-year-old said: “Cycling has been a wonderful bonding activity for my friends and I over the last few years, and I’m really glad that my family has joined me in this pastime as well. My kids really surprised me this year by asking to participate, and I’ve been so impressed by their commitment and resilience to do their best.”