Novak Djokovic: The tennis star always seeking to walk his own path 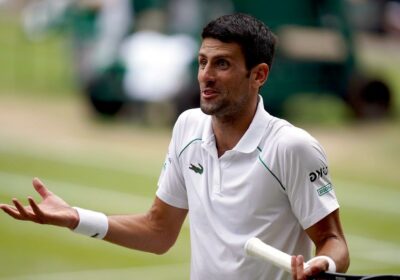 “The one hero in this whole Novak Djokovic saga is Rafael Nadal – and I think [we] should listen to him,” former vaccine minister Nadhim Zahawi said on the radio on Sunday. “I encourage everyone to get their jab”.

He was being asked about the case of the men’s tennis number one’s possible deportation of Australia, where the Serbian was denied entry after landing in Melbourne last week to defend his Australian Open title. An earlier decision to grant a medical exemption to play had infuriated many living in a country that has some of the world’s strictest Covid rules. The appeal hearing against deportation will be heard on Monday.

Djokovic has not disclosed his vaccine status, but in April 2020, before vaccines for Covid-19 were available Djokovic said that he was opposed to vaccination before later clarifying his position by adding that he was “no expert” and would keep an “open mind” – but wanted to have “an option to choose what’s best for my body.”and “wouldn’t want to be forced” to have one to travel. His lawyers have said a vaccine exemption was granted to enter Australia after a Covid infection on 16 December (although Djokovic tweeted pictures on 17 December of him maskless appearance at a ceremony in Belgrade – it is unclear whether he knew he had Covid when the photos were taken).