But the incident was handbags as Notts Police confirmed there were "no arrests" made at Field Mill. 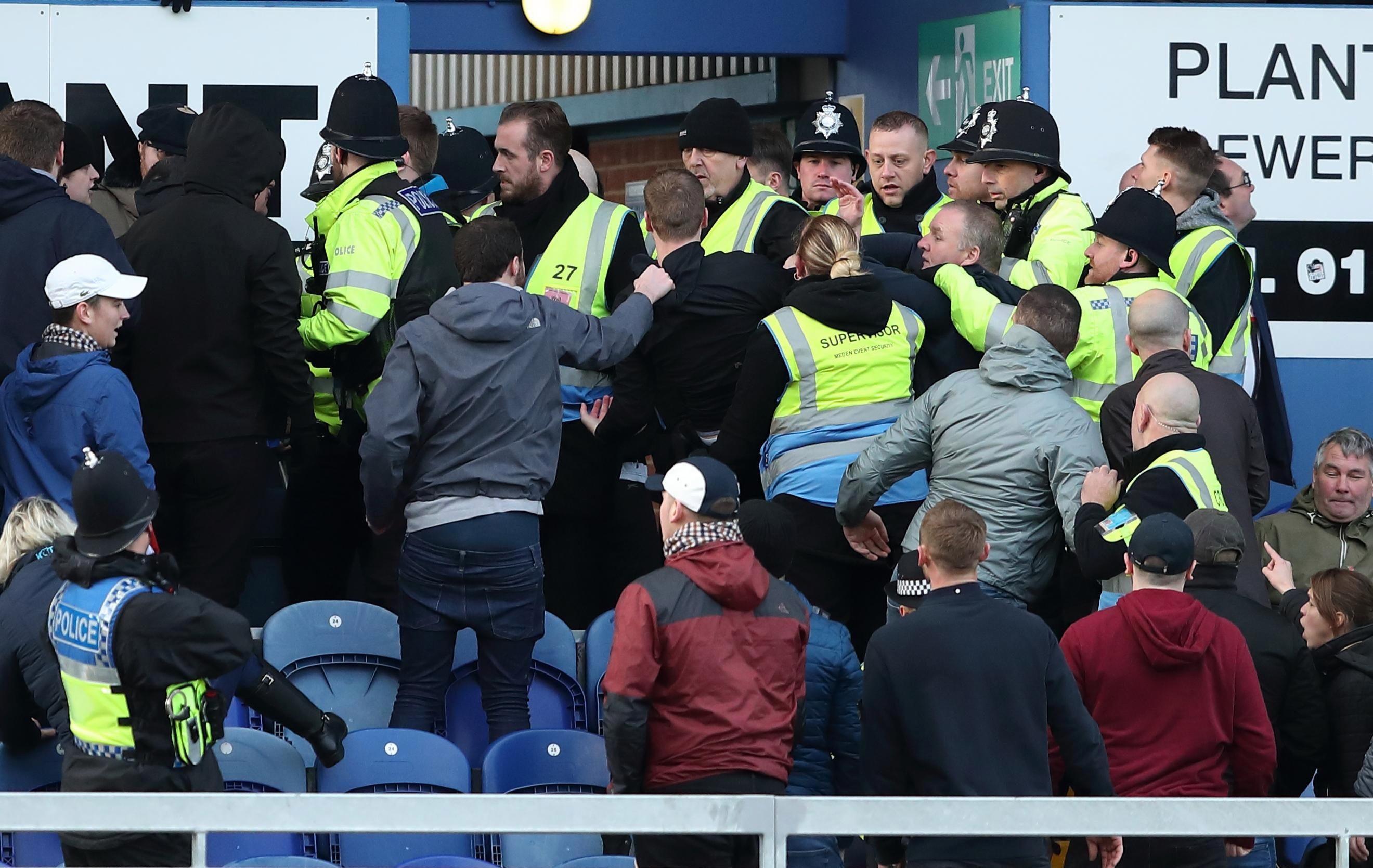 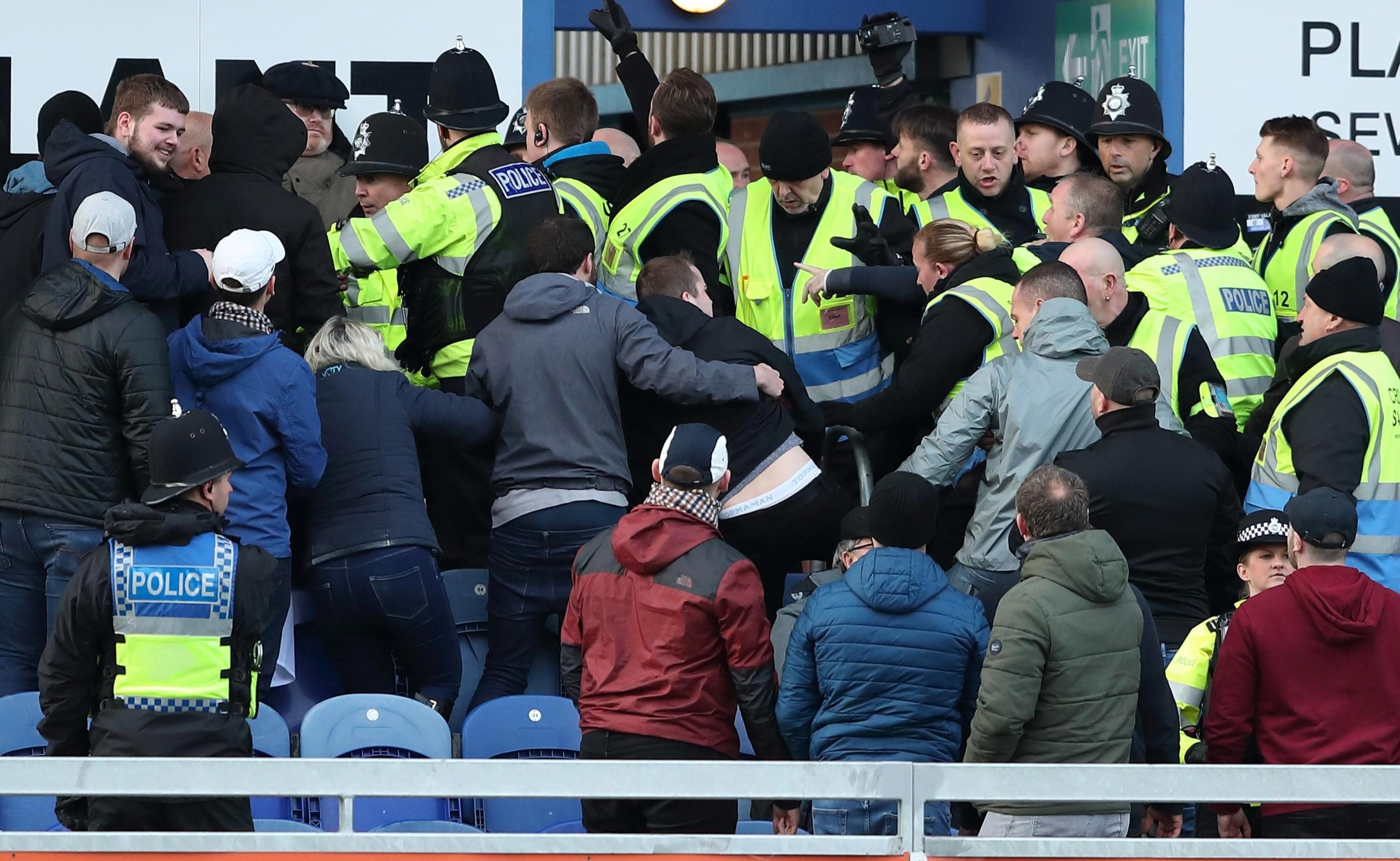 The game had been moved to a 1pm kick-off time on the advice of police in an attempt to curtail tensions.

The atmosphere boiled over at one point, with images showing visiting fans grappling with officers and stewards – although it was mostly just pushing and shoving.

The match was eventually won by Mansfield with CJ Hamilton scoring twice for the Stags.

A Nottinghamshire Police spokesperson confirmed to SunSport that "no arrests" were made inside or outside the ground and the game passed without incident. 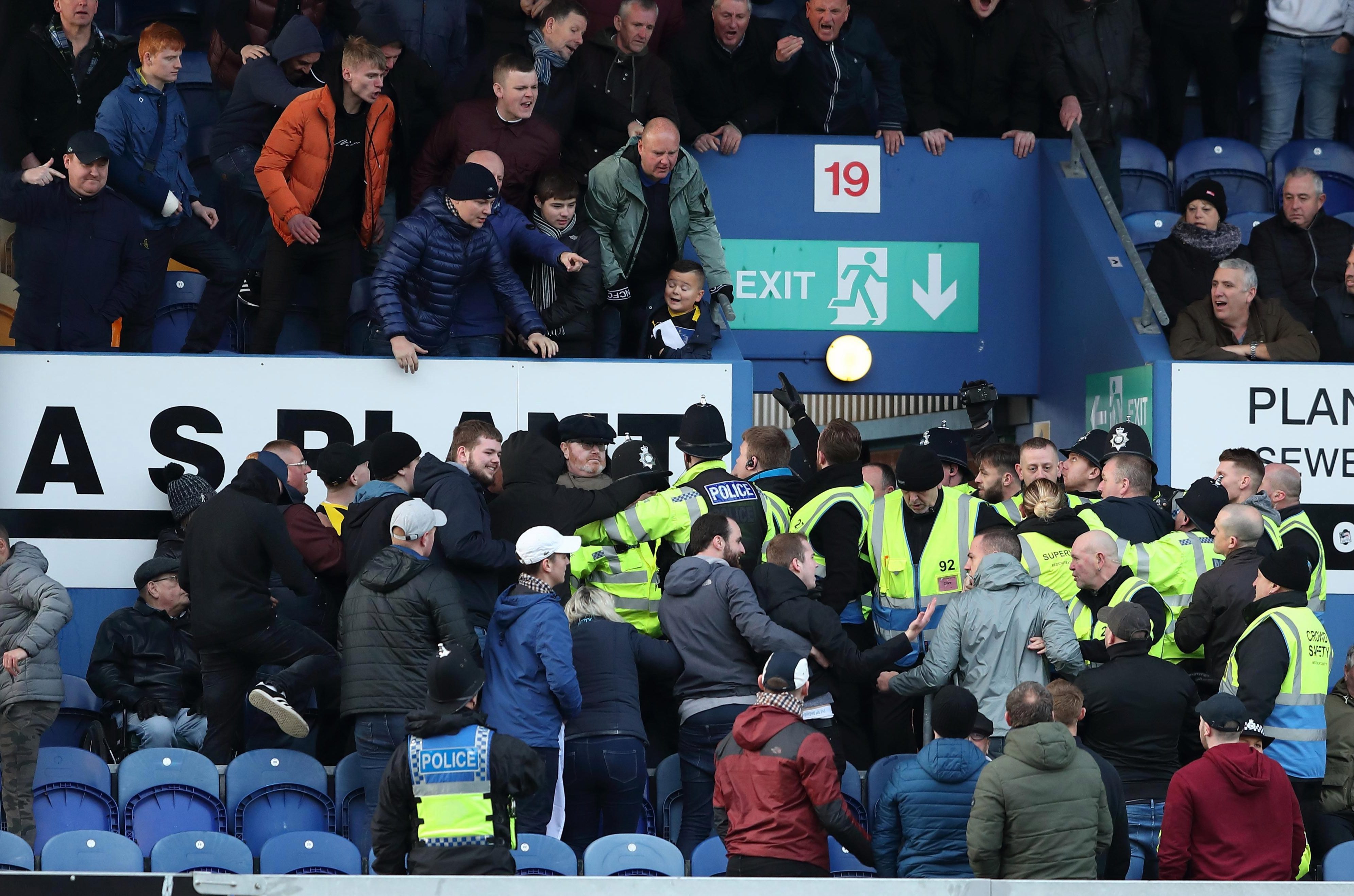 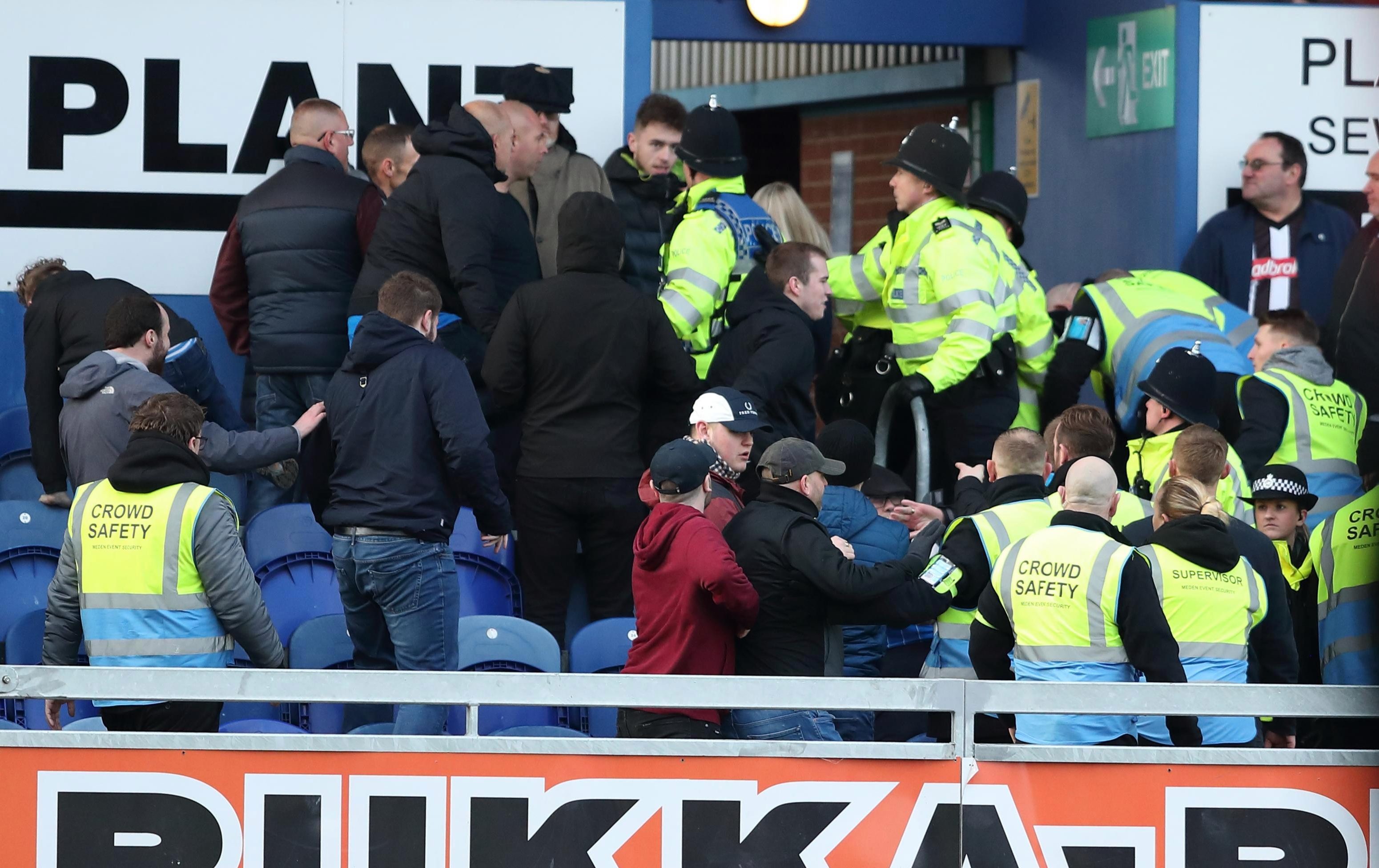 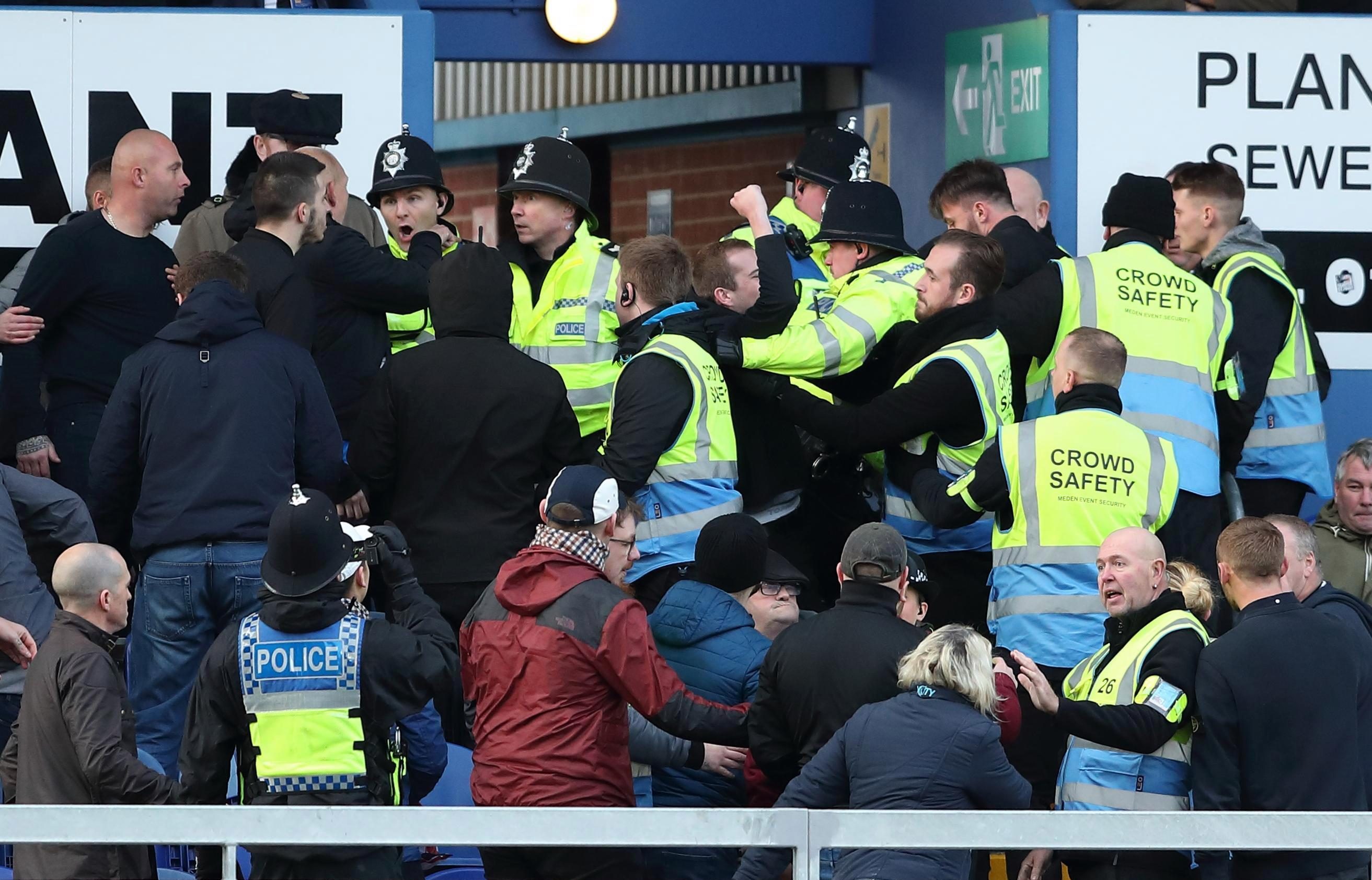 A win for Garry Flitcroft's men saw Mansfield move up to third in League Two – albeit briefly.