Home » Sport » ‘Not satisfied with one win’: Kohli vows to seize the moment in Perth

‘Not satisfied with one win’: Kohli vows to seize the moment in Perth Indian skipper Virat Kohli has urged his men to seize the moment in Perth and not squander the advantage they have after taking a stranglehold on the four-Test series in Adelaide.

The tourists claimed a 31-run victory on Monday, dismissing the Australians for 291 in an extended afternoon session, after the home team began the day on 4-104. 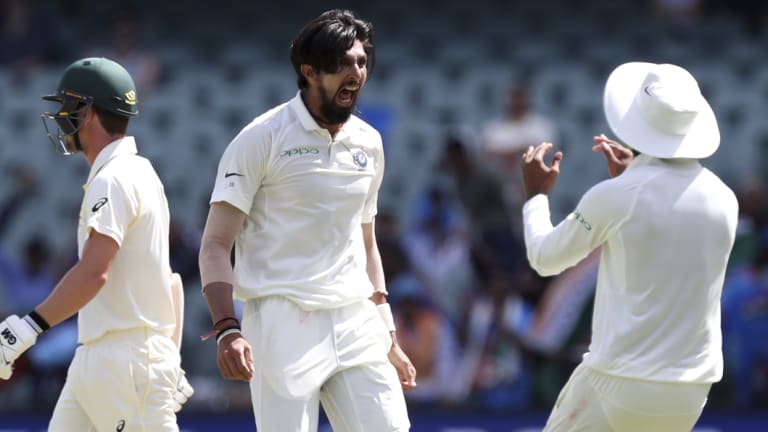 The Indians were naturally ecstatic as they toasted just their country's sixth Test victory on Australian soil, their first since 2003-04 and second in Adelaide since first touring in 1947-48.

In a match dominated by the ball, Cheteshwar Pujara was the batting hero, with 123 and 71, while Travis Head, Ajinkya Rahane and Shaun Marsh were the only other men to pass 50.

The two teams will leave for Perth on Tuesday, where the second Test will be held at the new Optus Stadium from Friday.

"That's a very positive sign, especially with the Kookaburra we have not been able to sustain that pressure for long enough in the past," he said.

"The fact that they are fitter and they have more pace on the ball now for longer periods and they understand that their job at certain times is just to contain.

"Yes, we are happy with this victory but this is what we need to build on and really capitalise on. We literally have nothing to lose. We won the last series in India when we played against Australia. We have come out here to have fun and play good cricket and be positive in our minds." 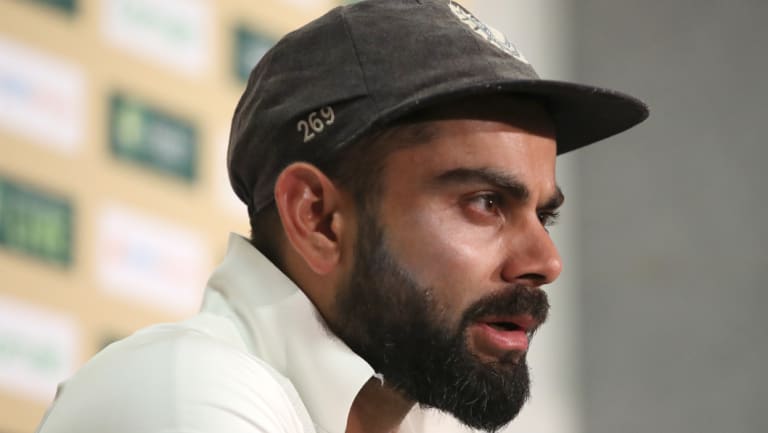 Focused: Virat Kohli tells the press his team have only just begun after their first Test win in Adelaide.Credit:AAP

"Ishant was pissed off right now – we are all very happy celebrating but he was very angry with himself and asked I why and he said: 'You can't afford to bowl a no-ball being the senior guy. Having played so many games in a crunch situation and the umpire probably would have given that out'," Kohli said.

"So that could be a difference at a more important stage in the series. Guys take ownership of those things. We look to correct those mistakes."

The Australians showed greater fight than the Indians had hoped, with the afternoon session extending for almost half an hour as the tourists chased the final wicket.

"I wouldn't say I was as cool as ice but you try not to show it [emotions]. It was a matter of one mistake and one good ball to win this Test match," Kohli said.

The home side's tail of Tim Paine (41), Pat Cummins (48), Mitchell Starc (28), Lyon (38 not out) and Josh Hazlewood (13) almost dragged their side to an unlikely victory, and were helped by Kohli's defensive field placings.

Indian commentator Harsha Bhogle said the victory "was one for the ages" and would go down in folklore.

New curator Brett Sipthorpe is expected to provide a green deck in Perth and does not expect the Test to last the full five days.

This could mean batting is again potentially treacherous although Australia must find a way through man-of-the-match Pujara (123 and 71) if the home side are to have any hope of knotting the series.

"As a captain, you obviously want someone to put their hand up. Pujara was outstanding, he was the difference between the teams, for sure, but I think the way Ajinkya batted, so fearless and positive, that's his game, that's his template, taking the bowlers on, not being intimidated, he has confidence in his own space," Kohli said.