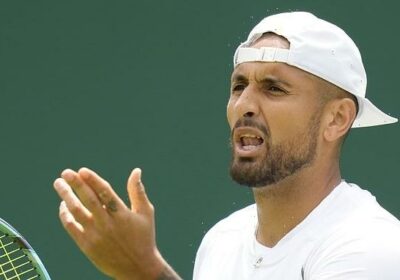 It took just 12 minutes for Nick Kyrgios to kick off at Wimbledon – smashing a ball out of court 3 after dropping his serve during the first set of his clash with Paul Jubb.

The Australian bad-boy – who is known for losing his temper – lashed out on Tuesday afternoon during his Wimbledon first-round match against the British world No 219.

Kyrgios had a heated exchange with the chair umpire early in the first set about the noise of the crowd before erupting after Jubb broke him to serve out the set at 6-3. 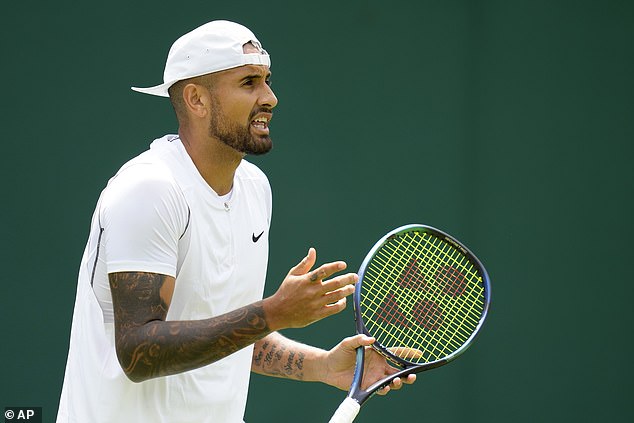 Speaking to umpire Marija Cicak, Kyrgios said: ‘You can’t f***ing decide to talk to me in the middle of the point when I’m about to do a backhand, It can’t be happening bro.

‘They can watch the tennis but speaking and shouting out in the middle of the point, like why? I don’t know where it was.’

The incident clearly threw Kyrgios off his game as he struggled for form. The 27-year-old was under pressure as Jubb had another break opportunity at 3-4.

The Australian fired his forehand into the net to hand Jubb the break. Kyrgios subsequently lost his temper and fired a ball out of the stadium ground.

During the second set Kyrgios told the chair umpire, Cicak, that he heard ‘racial slurs’ and said: ‘You should just remove them from the crowd,’ he said.

‘So pure disrespect from a spectator to an athlete is acceptable at Wimbledon? But you don’t accept a hat with two logos? When’s the line? That’s acceptable, racism is acceptable so when does it stop? So where’s the line?

‘It’s been happening for years. If they were making racial slurs to him I would say the same thing.’

Kyrgios went on to lose his temper once again – calling a line judge a ‘snitch’ and insisting the female official in question ‘had no fans’.

Venting his frustration on court 3, Kyrgios asked the chair umpire: ‘Has one person today come to see her speak?’.

‘No. I understand, but why is she doing that? Not one person in the stadium has come here to watch her do anything! Not one person. 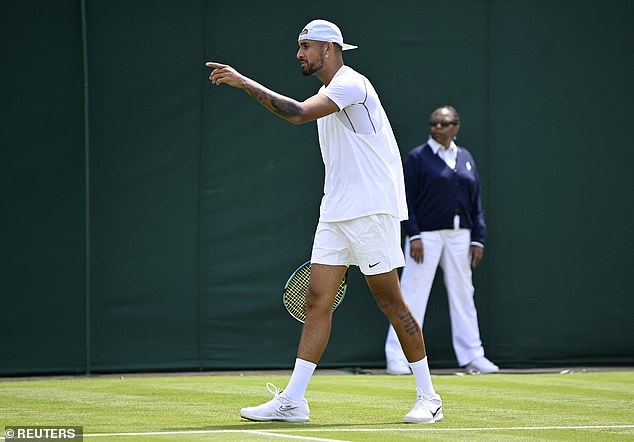 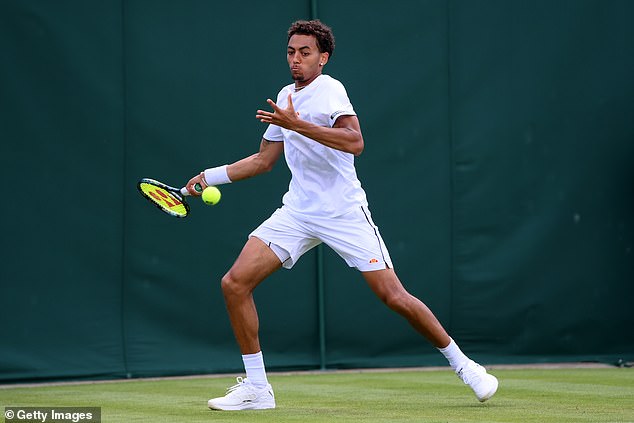 ‘Like, you know what I mean? You got fans, but she has got none.

‘What did I do? Like, come on. I know, but what? She just selfishly walks to you in the middle of a game because she’s a snitch!’.

This is not the first time Kyrgios has lashed out on the court. The 2016 Australian Open was a bit of a disaster for Kyrgios. He complained about the music, swore excessively and threw his racket across the court during his loss to Tomas Berdych.

He went on to cause a scene at the 2019  Rogers Cup – having refused to take part in his clash with Kyle Edmund until he was presented with a pristine new towel instead of a tournament-branded one. 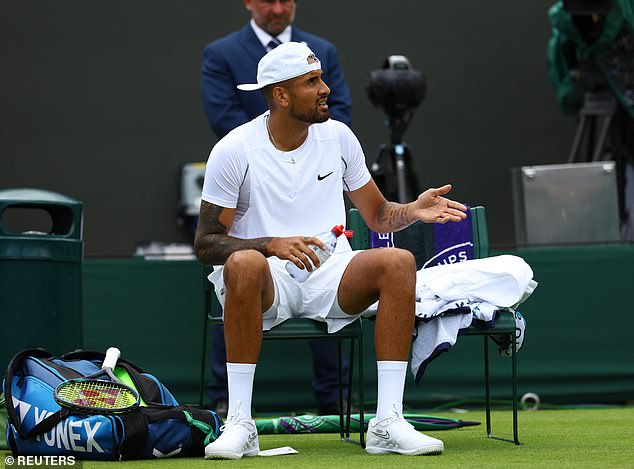 In 2019 Kyrgios was also issued with a fine of £17,000 after losing the plot against Norway’s Casper Ruud at the Italian Open. He hurled a chair onto the court and kicked a bottle during an extraordinary outburst.

Therefore, his recent actions come as no surprise and it is likely we will see more outbursts from the Australian bay-boy over the coming days.