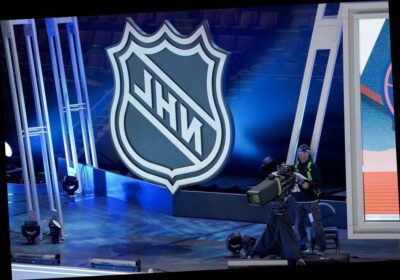 Colin Cowherd opens up about blood clot: 'Like somebody stabbed me'

With NFL TV deals in sight, how much will Amazon pay?

The sweet sound of ESPN’s iconic music will play again in the ears of longtime NHL fans. You can almost hear Steve Levy welcoming back hockey with nostalgia and enthusiasm.

Though the new deal between ESPN and the NHL feels out of yesteryear, it is really about tomorrow becoming today in the world of big-time sports media.

In paying, according to sources, around $2.8 billion over the next seven seasons beginning next year, Disney is making sure diehard hockey fans must have ESPN+, Hulu or preferably — in Mickey Mouse’s passive, aggressive, but cunning business mind — both.

In picking up the “A” package starting in 2021-22, ABC/ESPN will broadcast four of the next seven Stanley Cup finals. It will have its choice of conference finals. It will have half the playoffs. This will all arrive for fans the traditional way you receive games on network TV and cable. So you will have to keep your traditional subscription to ESPN to see the postseason.

During the regular season, there will be 75 exclusive games on ESPN+ and Hulu. You will only be able to get them there. So, a year from now, if Rangers-Islanders is one of those 75, you would need to have ESPN+ or Hulu to view it. No MSG Network.

We have already seen this trend in soccer, where big-time fans of the sport must have Peacock (Premier League), ESPN+ (German and Italian leagues and FA Cup) and Paramount Plus (Champions League) if they want English-language broadcasts of all these matches.

Big-time wrestling fans were recently shifted from WWE Network to Peacock. The NFL is soon expected to announce a deal with Amazon Prime for exclusive Thursday night broadcasts that will start in a couple of years.

But this NHL deal is more than the NFL’s dip in the water. It is more evidence of the transition from cable to streaming.

Besides the exclusive games, a subscription to ESPN+ will include 1,100 out-of-market matchups that were formerly on NHL.TV.

“ESPN+ will be a must-have for hockey fans,” ESPN chairman Jimmy Pitaro said.

There are various prices and bundles on all these platforms, but, generally speaking, they are in the $5-7 per month range. Once you start paying them, you may likely do it for life. At 12.1 million ESPN+ subscribers and growing, it could be quite a business.

For the NHL, this deal made sense because there will be another one behind it. NBC is currently in the final year of its 10-year, $2 billion contract. A source said they are paying $240 million this year. ESPN, as part of a previous digital rights deal, was already spending $100 million on the NHL. If you add both those costs together, it is $340 million. Now, with both, ESPN will go to $400 million per year over the seven-year deal. A $60 million increase for you or me would be something else, but in the world of big TV is not that much.

But the NHL still has three Stanley Cup finals, half of the playoffs and regular-season games to sell. NBC has the incumbent advantage, while Fox is the other main suitor.

They will likely come near the $200 million neighborhood, making the NHL around $260 million in the black, year-over-year. That’s the next story. Today, though, is about ESPN’s return.

ESPN comes back to the NHL, which is a win for those like Levy, Barry Melrose, Linda Cohn and John Bucigross, who stuck around and avoided the ceaseless staff cuts.

They will probably all be part of the coverage, while ESPN could look internally (ESPN New York’s Rick DiPietro seems like a natural as an analyst) and maybe outside to someone like Fox Sports’ Jenny Taft, who was born on skates.

The story of ESPN’s NHL reunion is 17 years in the making. The idea that these two are getting back together after all these years is a nice blast from the past, but this $2.8 billion agreement is all about how the future is quickly becoming the present for fans.