Home » Sport » NFL WEEK 6: Our official predictions for who wins this weekend

NFL WEEK 6: Our official predictions for who wins this weekend 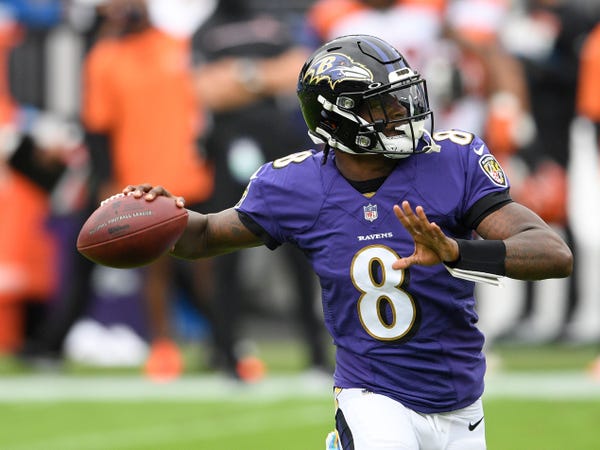 After five weeks of NFL football, the season is starting to feel a little shaky.

The schedule has been flipped on its head due to COVID-19 related postponements, leaving games up in the air on a precarious week-to-week basis. Still, the football games persist, as do our hopes of successfully predicting their outcomes.

Last week we went a comfortable 7-6 with our picks against the spreads, getting us nearly back to even on the year. One more winning week should get us home.

Take a look below at our best bets against the spread for Week 6 of the NFL season (* indicates home team).

The Carolina Panthers might be the most surprising team of the NFL season thus far. Despite having a first-year head coach, a new quarterback, and losing their best offensive weapon, the Panthers have started 3-2 in what many assumed would be a rebuilding year. Good for them!

That said, their hot start has left the Panthers a bit overvalued in the eyes of the sportsbooks, making this a great spot to go against them.

It feels like the wrong team is favored here. While the Jaguars have crashed back to Earth after their surprising Week 1 win over the Colts, the Lions have hardly been world-beaters this season. Consider taking the Jaguars on the moneyline as well in what should be a terrible game to watch.

If the Atlanta Falcons were going up against a team that was a little more comfortable, they might be a good play in this spot, but at 1-4, the Vikings are nearly as desperate as the winless Falcons.

The Titans shocked the NFL world last week, going from nearly two weeks without practice to a 40-16 walloping of the Buffalo Bills. As years of gambling will teach you, these hot streaks tend to ebb and flow, and it feels like this week, luck catches up with the Titans.

In a matchup between terrible NFC East teams, the safe feels like taking the points. However, I'd like to remind you that you don't have to watch a second of this game. Please, go outside. Or at least watch another football game.

The Philadelphia Eagles offensive line was a point of strength at the start of the season. However, injuries have decimated the front five, leaving center Jason Kelce as the only starter left standing. To his credit, Kelce has put up a heroic effort to start the year, but it's tough to see the rest of the line holding long enough to give the Eagles a chance to keep this one close.

Cincinnati Bengals quarterback Joe Burrow has a long and potentially brilliant career ahead of him. However, it's not going to start in full until the Bengals put a real offensive line in front of him and give him a chance to make some throws. Until then, Burrow will be scrambling his way to disappointing results.

Aaron Rodgers is 36 and playing some of the best football of his career. Tom Brady is 42 and just forgot what down it was on a crucial drive. Give me the young guy.

The 49ers look fundamentally broken, with Jimmy Garoppolo getting benched last week in a trouncing at the hands of the Miami Dolphins. While San Francisco should bounce back a bit from that dismal performance, the Rams need this one too much to give them an inch.

While I am a bit wary of the potential of an Adam Gase revenge game in this spot, betting against the New York Jets has been the most profitable move you can make so far this gambling season. I don't plan on changing course without a good reason.

This is too many points for a team that is still coming off of a COVID-19 outbreak to spot. Both quarterbacks should be a bit rusty heading into this one, which could make for a low-scoring game, and it's a lot tougher to cover a 10-point spread in a slugfest than it is in a shootout.

The Dallas Cowboys offense will be missing Dak Prescott, but it's their defense that is the real concern playing against Kyler Murray and the Arizona Cardinals. Murray will pick this defense apart, so I'd probably bet the over as well as the Cardinals in this spot.

Patrick Mahomes vs. Josh Allen in a primetime duel. The Chiefs aren't losing two in a row.