Home » Sport » NFL betting cheat sheet: Why you should beware of the underdogs in Week 1

NFL betting cheat sheet: Why you should beware of the underdogs in Week 1 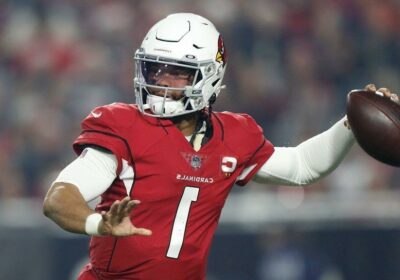 Week 1 is unlike any other week. The odds have been posted for several months and drawn a solid amount of professional money — well before the recreational bettors arrived this weekend. Both the sides and totals have moved based on information, usually in the form of injuries, and also wagers by respected bettors. Obviously this type of volume and fluctuation cannot occur throughout the season with just a handful of days between games.

But sometimes the market only responds in limited ways. For example, the news surrounding offensive line injuries for the Tampa Bay Buccaneers resonated throughout the football world, in addition to Tom Brady’s training camp hiatus. The betting fallout occurred in the futures market, with the juice on Tampa Bay’s regular season win total significantly shaded to the under.

The Dallas Cowboys’ futures also moved, after the team announced left tackle Tyron Smith will be out indefinitely with a torn left hamstring. Following that news, Caesars Sportsbook took a very respected bet on the Philadelphia Eagles to win the NFC East and Philly promptly surpassed Dallas as the division favorite. It makes sense. The eight-time Pro Bowler has missed 20 games over the past two seasons and his absence has a direct impact on the Cowboys offense. Dallas averages .7 yards less per rush and .7 yards less per pass attempt without Smith. Their sack rate also increases from 4.2% to 6.2%.

But why has the total for the primetime opener for these two teams remained at 50.5 points? One pro bettor (and ironically a Bucs die-hard) is adamant Tampa Bay’s offensive line injuries will limit Brady’s ability to throw deep, as he will not have enough time. The Buccaneers will have to lean on short and intermediate passes, which obviously makes points more scarce. The Bucs defense is also much healthier than last year and could be among the league’s best. Under 50.5 is my top play.

This is Exhibit A to the theory that not all line moves are created equal. The Chiefs opened as three-point road favorites during the summer. The market moved to four points. Then, last Monday morning, an extremely respected group bet on Kansas City and oddsmakers immediately moved the spread to six points. So, at first glance, a novice might casually notice a line move of three points and assume an overwhelming and steady amount of action on the Chiefs. However, it is really just a case of a couple of respected wagers.

So, the question is why did an oddsmaker move from KC from -4 all the way to -6? Given football’s unique units of scoring with field goals (3) and touchdowns (7), every number has a different betting value — all based on common margins of victory. Since the extra-point distance moved back in 2015, only 4.3% of games have been decided by exactly four points and 4.1% by five points. Those are just the seventh- and ninth-most common, respectively.

In football betting parlance, four and five are considered “relatively dead numbers”. By comparison, 7.1% of games have been decided by exactly six points making it the third-most common margin. So, if a smart oddsmaker knows a team already has been bet from -3 to -4, and the sharpest of bettors backs them again, you do not waste your time moving it to -4.5, -5 or -5.5. Just get to -6 and see what happens. If you then immediately take a respected wager on the underdog, then you know the right number is 5.5. And that’s a victory for the house because it only needed two house-limit wagers to glean that valuable information. Knowing that sweet spot of 5.5 allows the house to manage its liability ahead of the weekend bettors, which will account for about 90% of that game’s overall handle.

Beware of the Dog

Unlike some homes that have a Pomeranian or Pug manning the house, this warning sign is anything but false advertising. These dogs do have bite. Last year, we saw a record nine underdogs win outright in Week 1. And this year, we have a ridiculous 10 home underdogs in Week 1. In fact, underdogs in the opening week have covered at a 57.3% clip over the past decade.

This just reinforces a common philosophy: The betting market is much softer early in the season. As the season evolves, the increasing data points allow for bettors and oddsmakers to develop a stronger sense of each team and thus calculate a more accurate power rating. Entering the season, we think we know a decent amount about each team. But remember, this time last year, the Cincinnati Bengals were 125-1 Super Bowl longshots and the Tennessee Titans finished with the AFC’s best record. Does this mean we should all blindly wager on the dogs and see what happens? Of course not. Personally, I need more than 10 seasons to back such a trend but it does give me some pause on road chalk. It’s more than just filing it away in the back of your mind. To further the point, the most respected baseball handicappers do not even bother after the All-Star Break. The market is considered too tight — due to all the data points.

Teasers are the rare NFL weapon that dangles from both the recreational and professional bettor’s toolbelt. It functions similarly to a parlay in that it requires multiple legs and all must win in order to cash the ticket. However, teasers do have one major difference. A bettor can adjust the line between six and seven points. The payouts differ but it’s worth mentioning that about 15 years ago, many sportsbooks started changing their odds. From what I’ve been told, the house felt it was too easy to win. So they upped the juice — even to -140 at some places.

Revisiting the earlier portion about common margins of victory, the wisest and most mathematically-defensible approach is to tease a favorite between 7 and 8.5 points.

We know the headline of Baker Mayfield with a chance for revenge against the team that drafted him No. 1 overall in 2018. However, for me, this is about an inept Jacoby Brissett. He had a decent run as a spot starter with Indianapolis but he is an enormous liability at this stage in his career. Carolina is not good but it has enough weapons around Mayfield and I do not expect much from the Browns offense.

It’s hard not to envision tons of points. Las Vegas brought in offensive guru Josh McDaniels to lead an offense that has three targets for Derek Carr (Devante Adams, Darren Waller and Hunter Renfrow) who could finish with 100-plus receptions. Meanwhile, Justin Herbert and Chargers offense are ready to rock. Let’s root for points.

Sharp bettors are backing the Steelers (+7 at Cincinnati), Vikings (+1 vs. Green Bay), Texans (+7 vs. Colts). I am not enamored with the plays but I do feel if you roll with them, you have a better chance of going 2-1 than 1-2. For example, I am choosing all three in my pick’em leagues.