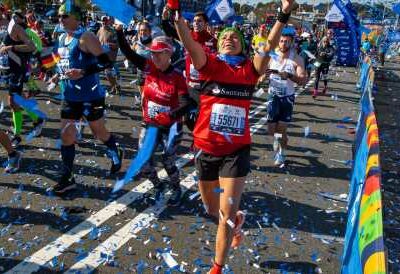 The New York City Marathon, one of the biggest events staged in the city each year, will return in November with a reduced but still sizable field of runners, Gov. Andrew M. Cuomo announced on Monday.

The race will take place on its usual date, the first Sunday in November, with about 33,000 runners instead of the typical 55,000 leaving the starting line on the Verrazzano-Narrows Bridge in Staten Island. The 26.2-mile race through the five boroughs, months after the returns of teams and fans to baseball stadiums and indoor arenas, is expected to be a milestone in New York’s recovery from the coronavirus pandemic.

“It’s the North Star,” Ted Metellus, the race director, said of the marathon’s return. “It’s the thing that says we’re back.”

The announcement comes as New York continues to emerge from the kind of pandemic restrictions that led to the cancellation of last year’s marathon. With vaccinations rising and coronavirus cases decreasing, the city and state continue to end or ease rules on everything from dining in restaurants to attendance at ballparks and fitness centers.

For months, city officials and health experts have been in discussions with leaders of New York Road Runners, the organization that owns and operates the marathon, about the scale of this year’s race.

Officials agreed to reduce the size of the field this year to prevent overcrowding, though any plan to control crowds along the course — and any restrictions that might be imposed on them — remain unclear.

The smaller field will help to reduce the number of people on the ferries and buses that shuttle runners to the starting village at Fort Wadsworth in Staten Island, and create more room for social distancing among participants once they arrive.

Officials plan to begin the race with a staggered start, sending runners onto the course a few at a time, every few seconds. The process, which will take several hours, is one that the Road Runners have been using in smaller races for several months.

The change, however, will also lengthen the race day, and require the city to close streets for more hours than usual.

To compete, runners will be required to test negative for the coronavirus in the days before the race or show proof of full vaccination, though organizers must still determine policies about when tests will take place, who will pay for them and the consequences for someone who tests positive. Runners will not be required to wear masks while on the course.

Those requirements may change, Metellus said, as organizers monitor changing guidance from the Centers for Disease Control and Prevention as well as state and local mandates.

“Those changes will dictate a lot of change we see in the event,” said Metellus, who predicted the guidance would continue to evolve until race day.

For now, the organization said it was re-evaluating just about anything that may cause crowding, including rethinking aid stations, which are usually set up on every mile of the course, and reimagining bag drop off and pick up. First aid will remain at every mile marker, but hydration stations may be more spaced out, with volunteers following various safety guidelines. And while runners will still be able to drop off a bag of their belongings, they will not be able to bring their bags to the start. 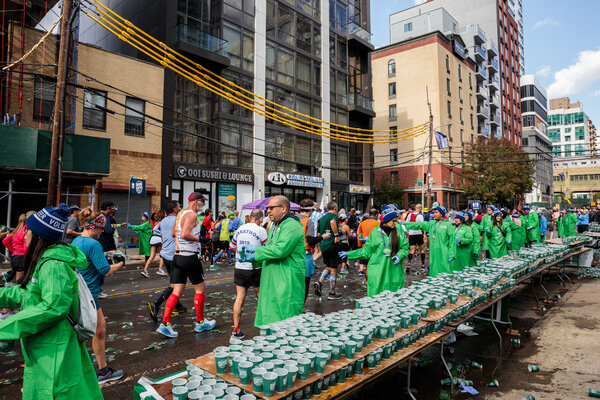 The organization is still figuring out how to fill the rest of the spots in the race, but it has decided not to hold a new drawing for new entrants. Organizers plan to have a significant contingent of charity runners who pledge to raise about $3,000 for a chosen organization when they participate.

Many charities rely on the marathon to raise hundreds of thousands of dollars every year. But the New York Road Runners also relies on charities for a significant portion of its revenue, since the charities pay about three times as much as an individual runner does to secure a place in the race. The individual registration fee for the 2020 race was $295.

Organizers expect interest in any open spots to be high. The Boston Marathon, scheduled for Oct. 11, was oversubscribed by more than 9,000 runners, all of whom had met the qualifying standard for their age groups.

Officials with New York Road Runners had predicted earlier in the spring that the 2021 race would take place without revealing the size and scope of the event. New Yorks event will join an unusually crowded calendar of major marathons, a situation that will force top runners into difficult decisions about where and when to race.

Marathons in Boston, London, Los Angeles and Tokyo that usually take place in February, March and April all have moved to the fall this year, joining races in Berlin, Chicago, New York and Washington. Elite runners usually do only one race in the spring and one in the fall. The Berlin Marathon (Sept. 26), London Marathon (Oct. 3) and Tokyo Marathon (Oct. 17) all have plans to take place before New York’s race in November.

Organizers can’t quite plan how New Yorkers will respond to their beloved marathon returning to all five boroughs. While there are significant modifications to the course experience, including limiting mass gathering locations, “It’s still New York City,” Metellus said.

“The city will still leave and breathe.”