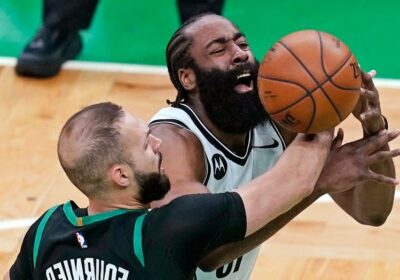 Brooklyn Nets star James Harden led the team with 41 points in a close loss to the Boston Celtics in Game 3 of their playoff matchup on Friday night.

The Nets still have a 2-1 lead in the series. Harden said after the game he thought losing could be a good thing.

“As much as we don’t want to lose, this is probably what’s good for us… Game 2 we played so well. It’s a reminder that things aren’t going to be so easy,” he said, via ESPN.

A wake-up call for the Nets could be a good thing.

Jayson Tatum was able to put up 50 points on the Brooklyn defense. Tatum was 16-for-30 from the field and 5-for-11 from three-point range. But failing to stop Tatum was on the tip of the iceberg.

The Celtics had 13 offensive rebounds and outrebounded the Nets overall 46-37. Brooklyn had nine turnovers in the game and the Celtics scored 15 points off those turnovers.